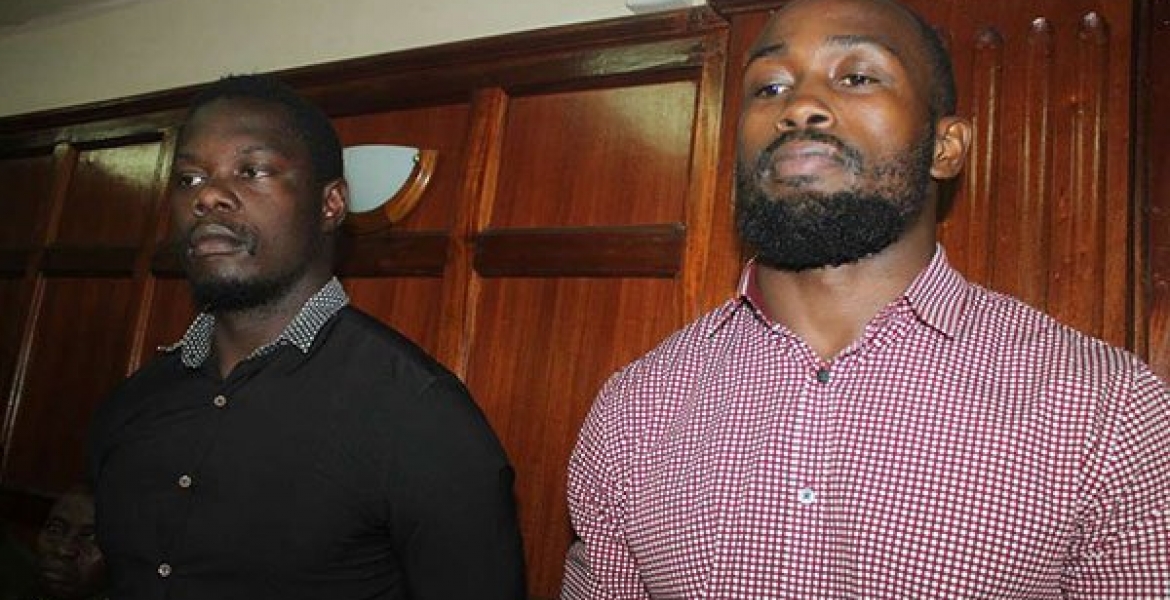 Kenya Rugby 7s players Alex Olaba and Frank Wanyama have each been sentenced to 15 years in prison after they were found guilty of gang-rape.

The two were convicted by a Nairobi court on Thursday last week in a case where they had been charged with gang-raping an upcoming Kenyan musician.

“In her judgment, no one was present at the house except for the three of them. The action of the accused of deleting the sex tape they made was an expression of guilt on the part of the accused,” Simiyu said.

Olaba and Wanyama were accused of raping the woman at Seefar Apartments in Nairobi on February 10th, 2019.

In a statement recorded with the police, the victim said that on the fateful day, which was her birthday, she attended a party in Nairobi’s Kilimani area where the two rugby players were present.

She said one of the two rugby players was her friend and after a night of merry-making, she went to their house with them.

She claimed the two took advantage of her intoxicated state and raped her repeatedly after refusing to take no for an answer. She got pregnant after the incident.

Prior to their conviction last week, the two had been out on Sh500,000 cash bail each after they pleaded not guilty to the charges leveled against them.

The two were frozen out of Kenya Rugby 7s team, Shujaa after they were indicted with gang-rape.

Men; Always use use the big head for thinking...PERIOD

@Kora kanini,the thinking was there but the wrong one.In their minds there was no way "afriend"would report such a shaneful thing.To that isay why take advantage of afriend.What a friend...
The thinking was also that they are famous and will get away with it.
This will be a lesson to some,but we shall still continue to read about men behaving badly.

The solution here is to amputate the offending organ and send them home, never to procreate in their lives naturally.

@ Mugikuyu, the problem with you punishment is that,they will enjoys other forms of entertainment,continue to drink, fondle,kiss,eat in 5 star hotels... You get me.
But why I oppose this, is because my religion SCIENCE will soon come up with "designer penis" they will mold it from some part of your body,may be the ass,and somehow make it workable,Or even transplant from some dying fellow ,donating.That wont be fair to the victim will it?

Actually @ Mugikuyu, the offending organ is the brain.In that case I agree with you. Chop off the head,and send them home for burial...