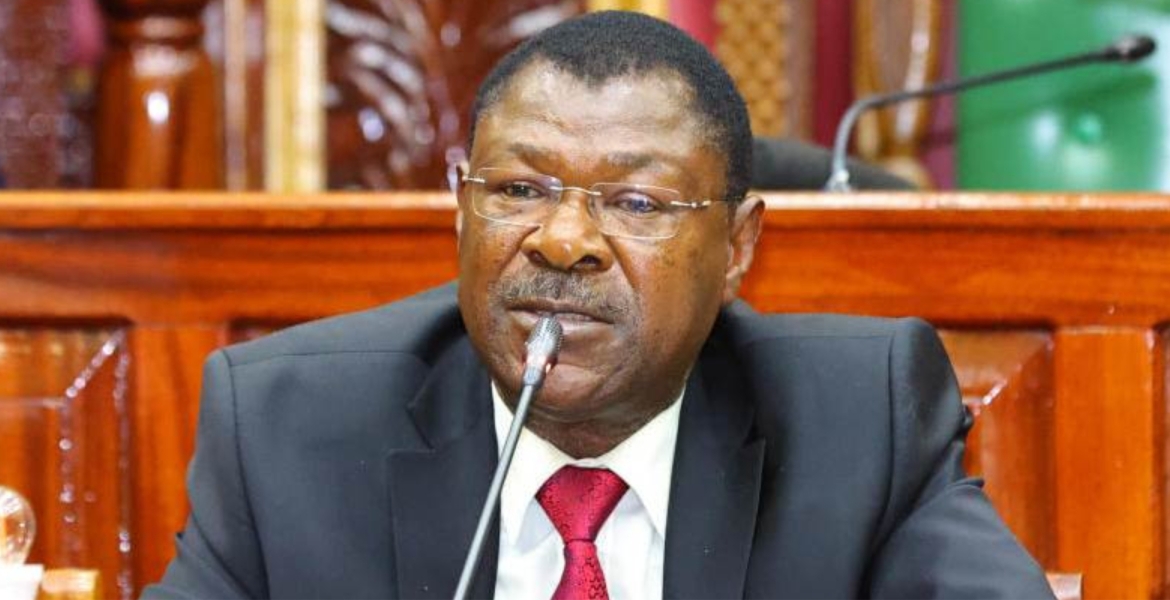 National Assembly Speaker Moses Wetang’ula has called on the Directorate of Criminal Investigations (DCI) to probe and arrest a social media user who has been impersonating him on Twitter.

“My attention has been drawn to a post making rounds on social media using my name. Please note that the account being used to circulate the content is fake. I have alerted relevant authorities to look into the matter and take appropriate action,” he wrote on his official Twitter account on Sunday.

Michael Wekesa (19), Dennis Kamaru (25) and Isaac Oduor (19) are said to have opened multiple Facebook, Twitter, and Instagram accounts and used them to receive hundreds of thousands of shillings from unsuspecting Kenyans, who were duped into believing that the account owners would help them find jobs, financial assistance, and other favors.

Wekesa, who was arrested in Sirisia, Bungoma County, allegedly created a Facebook account pretending to work at First Lady Rachel Ruto’s office and obtained thousands from desperate Kenyans, who came to him for help while posing as a loan officer to influence the issuance of quick loans.

The suspect demanded a small deposit as “facilitation fees” to speed up the process after promising interest-free loans from the esteemed First Lady’s Office, DCI said.

On his part, Oduor ran a “call center” that received calls from potential beneficiaries before forwarding them to the “loans officer” for action.

Kimaru, a Kirinyaga University alumnus with a bachelor’s degree in commerce, created a social media account in the name of Col. Fabian Lengusuranga, aide-de-camp to President Ruto, and also had accounts with similar names on Twitter and Instagram.

“Detectives are pursuing other suspects who have opened accounts in the names of prominent Kenyans and senior government officials, and are using the accounts to obtain money from unsuspecting members of the public,” DCI added.