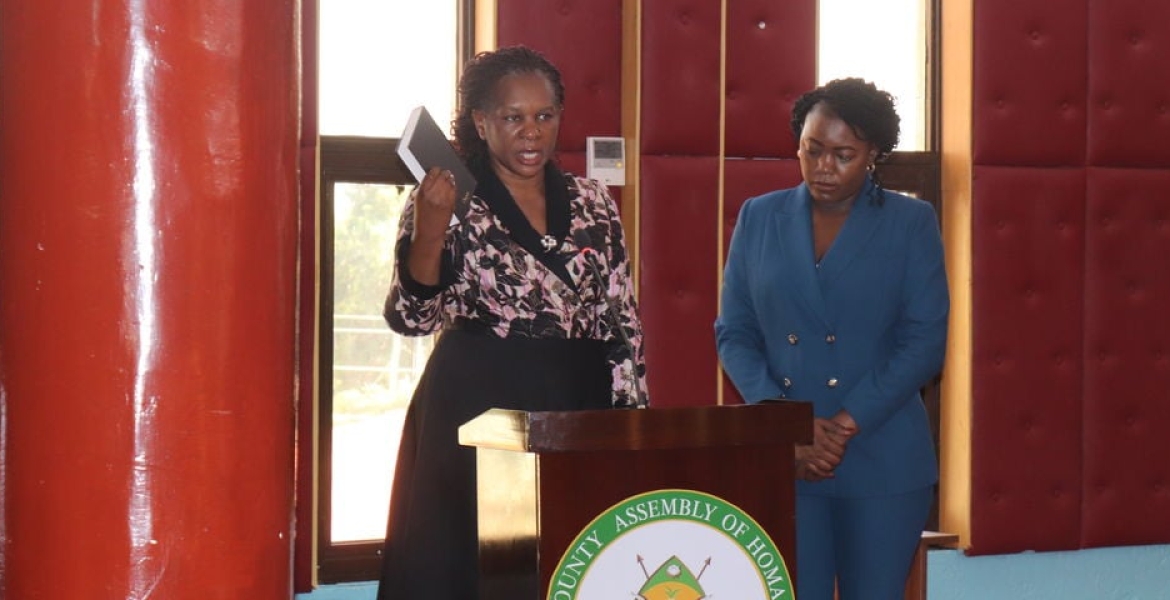 A woman nominated to Homa Bay Governor Gladys Wanga’s Cabinet stunned the vetting panel after declaring she is ready to quit a more paying job to become a County Executive Committee (CEC) member.

Roselyn Omolo, who has been nominated to head the Health docket in the county, earns Sh880,000 per month in her current, but her pay will be less than Sh350,000 if her nomination is approved by the Homa Bay County Assembly.

During her vetting, Omolo said she is ready to leave her current job in Nairobi to relocate to her home county to work for her people. She also told the panel that the cost of living is lower in Homa Bay compared to the capital where the prices of basic commodities are too high.

Omolo, a trained communication expert, currently works in the office of the Speaker of the Senate as a director. She previously worked at the Kenya National Library Service.

If her nomination is approved, the nominee pledged to prioritize the welfare of health workers in the county, and digitize health records for tracing diseases to ensure proper interventions.

"I will prioritize the welfare of health workers. The main challenge affecting the county is human resources," Omolo. She added: "My goal is to make health reach World Health Organization standards.”

Omolo put her net worth at Sh20 million.

Great move, she understands how money is eaten in Kenya. Just get a government job and you become an instant Billionaire.
This move has nothing to do with her people as she claims.

Every reason behind leaving a higher paying job is surrounded by corruption driven appetite for stolen money. She wants to get very rich stealing from the poorest of the society. She has no intention to serve the needy and the poor…