'It Was My Worst: Kenyan Media Personality Jeff Koinange Speaks about His First Job in the US 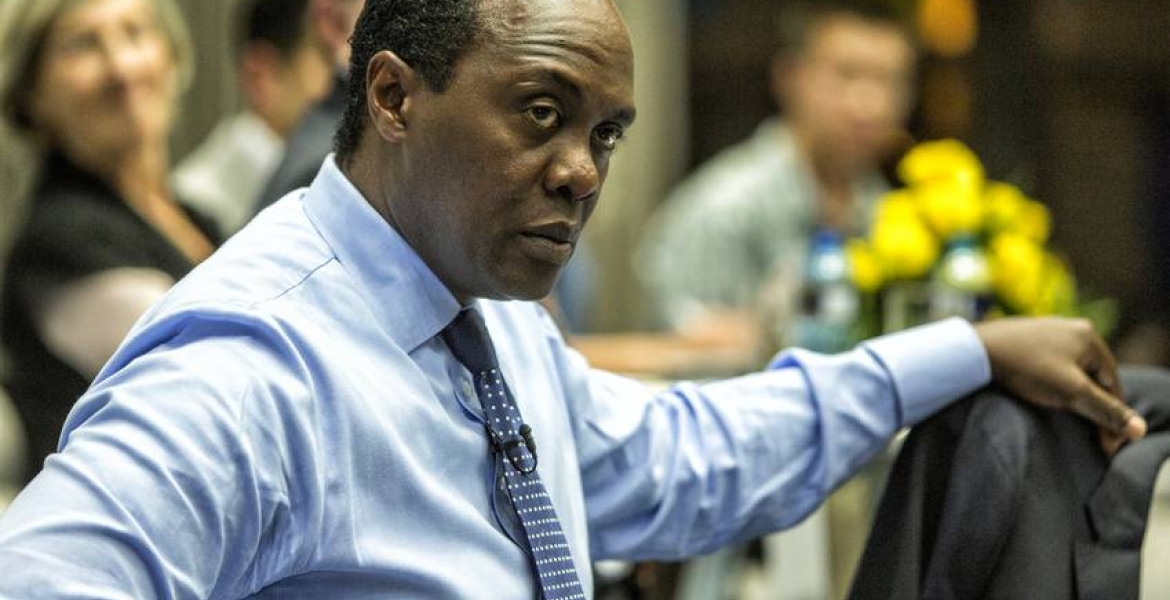 Renowned Kenyan media personality, Jeff Koinange has divulged the worst job he ever had in his life.

Speaking in his breakfast show on Hot 96 FM, Koinange mentioned that his worst job was when he worked as a sales assistant in the United States during his youthful days.

At the time, the 53-year-old TV host said he worked as a sales assistant at McDonald’s, an American fast-food restaurant.

Jeff said the job was his worst as it involved working during the nights, selling chips and hamburgers to customers.

“It’s late at night, 2-3 a.m. in the morning, where you wear headphones and people are driving through and they pick up stuff coming in to buy,” he narrated.

The JKL show host explained that he would see customers through surveillance cameras and take their orders.

He later got a job with an American airline as a flight attendant, where he says he developed his bold, engaging and immensely unique voice.

He was 20 years old and on the first day on the job, he impressed with his announcement on the aircraft so much that his seniors advised him to take his voice seriously.

“I got a job with Pan Am Air (Pan American World Airways), I used to work as a flight attendant and when I was on the aircraft, most of you have heard (the announcer).

This is how he ended up in the media. He attended Kingsborough Community College in Brooklyn, New York between 1987 and 1989 and graduated with an associate degree.

He also holds a Bachelor of Arts degree in broadcast journalism from New York University.

Jeff has previously worked for various international media including CNN, Reuters, NBC News, and ABC News. In Kenya, he has worked at KTN, K24 TV and Royal Media (Citizen TV and HOT 960.

If you had come from a regular Kenyan family, that McDonald’s job would have been your first best job.

@Mucang’ang’a, he would have used that McDonald's money to pay his school fees & sustain himself in the states.

Tuition is not that cheap. About $18K at a cheap college, what about rent, gas, food,health insurance, taxes, etc.

@Weri, Jeff was here about 30 years ago. So many people paid their school fees by cleaning dorms, working in MacDonald and other fast food, working in gas station and watchmen aka security.

You ain't lying.
My first job I was wiping shit in a nursing home

Meen u were making a lot of money paid 22 dollars an hour!!?

It's TRUE
Coming from an active CNA

Worst job! Ha, what about cleaning toilets? And going to graduate school at the same time.

He is talking about ** HIS ** worst job. How can cleaning toilet be his worst job if he never cleaned toilets? Wacheni ufala.
If you asked Kibaki he might say that his worst job was being vice president. That doesn't mean being VP is worse that driving a mokoteni. It is just HIS worst job.

For those who have resided in North America; truly have a story; wait until you hear those who lived in the US then later moved to Canada. For my case in the US, my first job was as a pest control technician. Capturing and Killing rodents, rats, mice, squirrels, birds, and even ants. At one point I was called for a snake; I quit the same day! I took my job batch to my boss and said, " I AM D-O-N-E!!!!

He conveniently forgot to mention the one that got him booted out for a scandal akin to "me too" movement! We all start from the grassroots Jeff and some (like you) with a tea silver spoon in their mouth! You made it though and I like you....depending on the day (a bit like mermite). That voice can sometimes grate on one's nerve!

Completely off topic about the son of privilege, but do you actually like the taste even occasionally, how do get past the smell? Is a jug of water or turungi on standby?

Truth be told. Koinange comes from a prevelaged background. Some of us were grateful to work at McDd. He still does have an upturned nose. In other words, he is a pompous ass.

Them spoilt pompous brats always treat others like defalcated Dudu in real life! They think the world was made for them alone!! They tend to live in the Wawa land with an upturned big nose and high heeled pompous ass! They never learn to appreciate life and its many gifts!

Talking about having the worst job in US to people who can take anything to survive. So tone deaf and a braggart but thats life.

I worked the grave yard shift at a gas station in a state where winters are BRUTAL with no car. Apart from worrying all night about getting stuck up, going home was an adventure in itself. Yet I can't say that was my worst job because it gave the ability to support my family at that time. You have to use those moments to grow and better yourself. I am glad I went through that and I know some people have gone through worse.

Yeah right. Why is this guy still on radio. Give younger Kenyans opportunities instead of hogging every job in the media. You should've retired by now, helping the younger generation to learn the ropes.

What a silly thought. Who retires at 53!! Maybe advise these African n Other countries presidents to retire. Jeff is a super icon and such an example to the dreamers!!

@Kyeed...right? I had to do a double take at Chris's comment and google Jeff's age! Retire in his fifties...good Lord! However, I hear they retire the civil servants at 50 in Kenya. Double standards when you check the leaders ages.

Jeff - please don’t be an arrogant brat, please! Evidently your family back home kept you a float with un-endless supply of cash; making that job the worst you can remember! Did you expect to live a princely lifestyle as a foreign student in America? Further more, you still went to a cheap two year college before heading to an accredited academic institution - which means you needed that @worst@ job then to make ends meet.