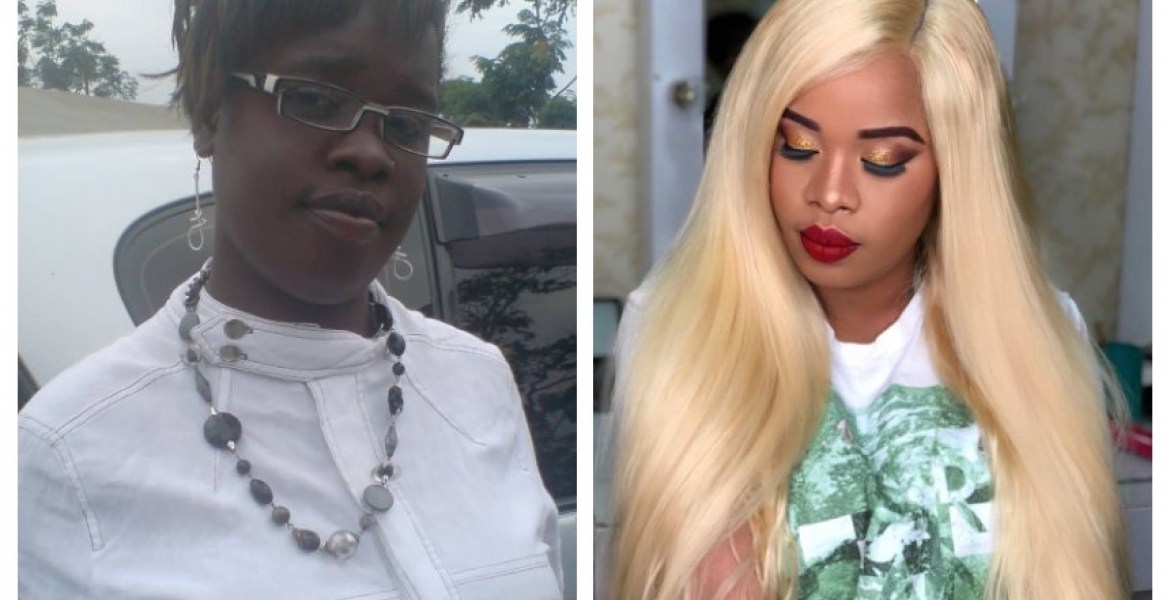 Kenyan socialite, Bridget Achieng says that she has spent more than Sh10 million to bleach and maintain her skin tone.

In a video on her YouTube Channel, the reality TV star noted that she would have spent even more to lighten and maintain her complexion if she had the money.

"I didn't have money and when I got it, I said I will buy Kenya, I'll buy the world. If I had more money, right now I'd have used Sh50 million," she said.

In a past interview, the mother of one said she decided to bleach her skin after losing several opportunities because of her dark skin tone.

“When I was 22-years old, I went for acting auditions but I failed to qualify due to the color of my skin. In one of the auditions, I was the best candidate but the judge told me my skin tone was not what they wanted,” Bridget said in an interview on Citizen TV.

She also explained that she was not getting any attention from men while growing up and men were only interested in her friends who were light in complexion.

“Sometimes, I would go out with my friends and men would approach them because of their skin tone, and not even look my way because I was dark. I also had self-esteem issues growing up.”

She added: “I vowed to bleach when I got money and in 2014 when I landed employment, I decided to bleach my skin.”

Now get some skin cancer and let’s learn from your treatment.,

She needs Self-esteem (lest she becomes some Polyandrist for those males obssessed with scavenging for light skinned damsels).

Lupita Nyong'o, who became a Hollywood star, has a dark skin. With her She 10 million investment, has she become a celebrated actress?

I hope you now got the"men" you so desired = low self esteem in display here. Sad in so many levels

what a moron. she looked better before. pumbavu wewe

Wow, millions of shilling just to lighten your skin..! Lucky for you that your sugar dads have the money...The way to overcome low self esteem is to do what Lupita Nyong'o did.And that is to excel,plus accept your skin color as beautiful. Forget other peoples' skin color.
By giving in and coloring your skin,you are just masking your dark skin. You are not fooling anyone.You still have low self esteem.The solution is not found is skin lighteners. Iwould encourage you to have a one on one session with Lupita for some self esteem pointers.
And for men who paid attention to your friends skin color instead of their "IQ"-how shallow of them.You really want to date such a man...

The key to combat colourism is to excel.If avery dark skinned person right now discovered cure for cancer or AIDS,you will be surprised at the adoration,and acceptance this person will have.
When people ask,"Why are Kenyans so good at long distance running", hardly color ever comes to the mind of the questioner...unless subconsciously.You get my drift.

She is wallowing in self hate. Now you've chosen to erase your blackness and adopt a recessive skin tone?

Mental health manifests in many forms. Poor thing. All that money....the high maintenance will add up the coins! I can still make up a dark hue behind the lightness. It's really sad, sad, sad. At the end of the day, when you go to bed...you are a black girl and you wake up as one. Dear Lord, have mercy!

Stop living a faked life my sister. Bleaching only makes bitches and counterfeits.

You really look terrible. Can you imagine knowing that you're black and you just masked your body. Did you manage to bleach your armpits and vagina too.

Hehehe Betty.Eti to bleach what n what?haha it can really proove a challenge

did u bleach between the rivers

You are beautiful, you shouldn't have done that.black is beauty and that is what your God planted in your mama's body.You could have given 10 millions to the poor.Hope you will never get any side effects in the future like Cancer of the Skin.

Sad story indeed. Just imagine the complications on the way very soon. Sad. God have mercy on you.