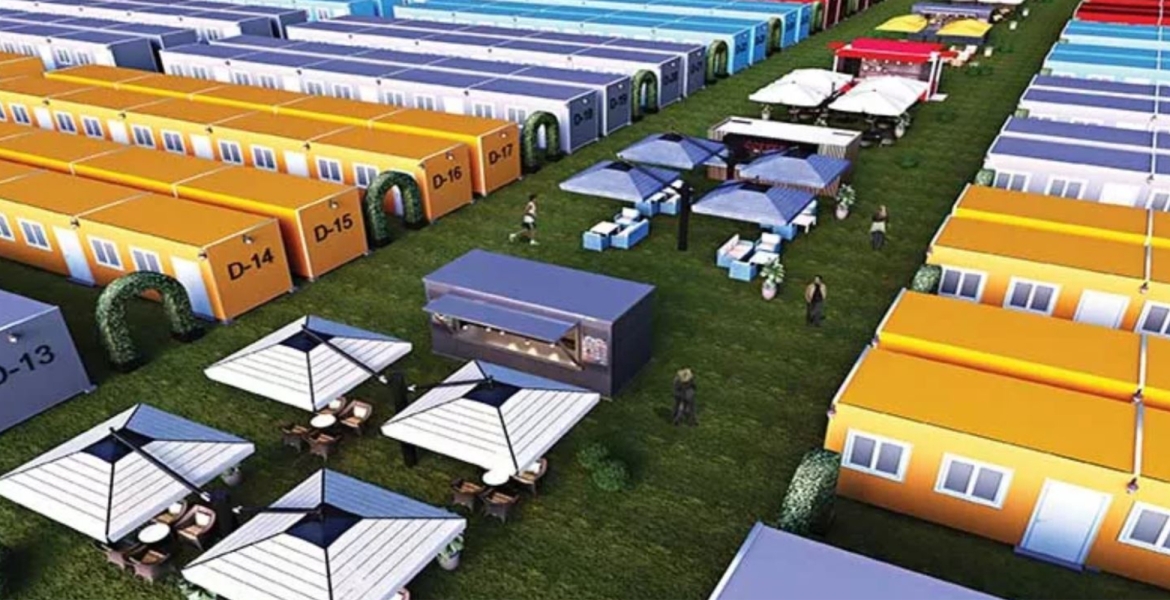 China’s assistant foreign minister Hua Chunying has said the cabins used in fan villages during the ongoing FIFA World Cup in Qatar will be donated to the homeless in Kenya.

Through Twitter on Friday, Chunying said the cabins were put up by Chinese companies to provide extra accommodation for the large number of football fans attending the tournament in the Middle East nation.

“The 6,000-cabin fan village at the FIFA World Cup. The cabins were made by Chinese companies, and will be donated to the homeless in Kenya after the games,” she wrote.

The fan villages are in form of prefabricated cabins measuring 16 square meters and can accommodate up to two people with two single beds or one double bed per cabin.

Each cabin has two beds, one lamp, some electric plugs, a fan and just enough room to leave some bags.

The cabins provide standard amenities including a mini-fridge, housekeeping services, a tea and coffee maker, two bottles of water per day, and Wi-Fi connectivity. They also have bathroom facilities.

Because Kenya Government is a Pathological BEGGAR.

Incentive to not default on China big heavy loans. Neehaow!!

Good gesture. The only problem I foresee is that,after 6 months,these cabins will look like they were manufactured from waste material from muruku damping grounds.
Will the distribution be on first come basis?And where will the "cabin village" be located at?Just curious.

Why not Kenya? Kenya is the new center of the world!

What has made Kenya the new center it the world? Am I missing s'thing?

Where exactly will the homeless in Kenya put these cabins the bottoms up government is busy grabbing all the land .How much to ship them to Kenya just modify shipping containers we have enough shipping containers at the port of Mombasa how about toilet and water facilities this looks like an unrealistic solution

The dumping ground, that’s all it is! They are just getting rid of their problem the most effective and cheapest way!!! And the ghetto says …

Someone will make a killing all the way to the bank.

Hahaha, @ Kora Kanini, reminds me of the donated blue covid 19 masks that were selling in Kenya... The most ridiculous one to me is the selling of donated medicine samples. The containers clearly states,"Not for Sale".
Yeap, someone is always angling to make a penny from "free stuff".

Africans we criticise Kila kitu no wonder wr seen stupid even when good news happens.Zipelekwe Kenya on the slums then demolish some structures n make parks/children playgrounds.Kenya is the centre of the world n everybody apart of idiots who don’t believe in it.Proud n always proud to b a kenyan.Amazing things r happening hapa nyumbani

Be positive for once Jameni
The wearer of the shoe knows where it hurts most
You are not homeless , you don’t know how it feels to live out in the cold
Let the cabins come 👍