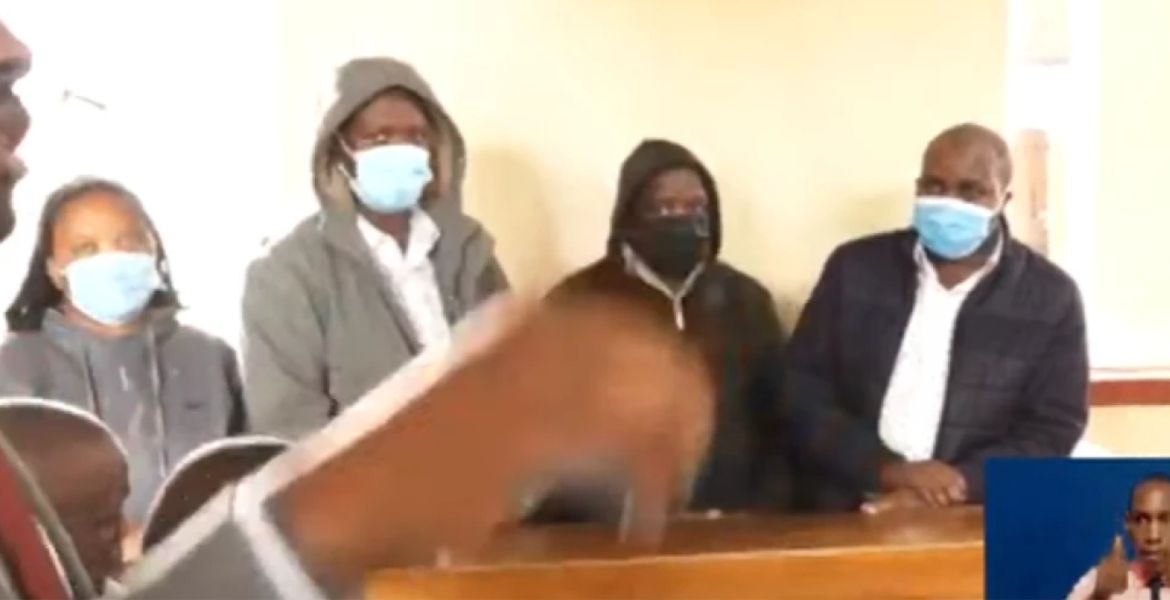 Four Kiambu county government officials will remain in police custody for 10 days to pave way for further investigation into last week’s building collapse in Ruaka where two people were killed.

The four are set to be charged with manslaughter and criminal negligence after they failed to act in ensuring that the owner of the collapsed six-storey building complied with all the approved construction requirements.

The owner of the building Jennifer Wangari Kamau was arrested at the Jomo Kenyatta International Airport (JKIA) on Monday while preparing to flee the country.

She was about to board a flight destined for Texas, the United States when she was intercepted by detectives based at JKIA, according to the Directorate of Criminal Investigations (DCI).

The 59-year-old woman was sick at the time of the arrest and was rushed to a city hospital where she is receiving medical attention before being arraigned in court to answer to the offenses of criminal negligence and murder contrary to section 203 as read with Section 204 of the Penal Code.