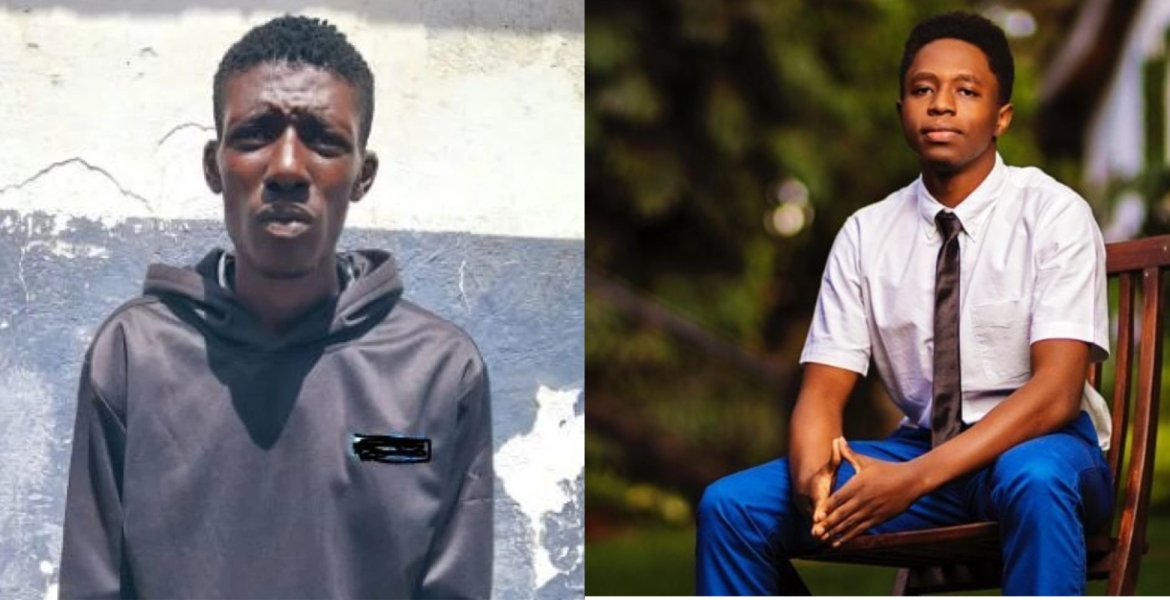 Detectives in Nairobi have arrested the prime suspect in the murder of 24-year-old Strathmore University graduate Keagan Githua.

Feelings Devone Mboya Odero was apprehended in Githurai on Saturday evening following an investigation into the murder case, according to the Directorate of Criminal Investigations (DCI).

"Odero was arrested last evening at the busy Githurai matatu termini, where he hanged around and operated as a ‘kamagira’ preying on unsuspecting members of the public," DCI said.

Keagan, who recently graduated from Strathmore University, was stabbed to death on October 30th by robbers on a motorcycle in Ridgeways, Kiambu County, making away with his mobile phone and laptop.

Following his arrest, the suspect led detectives to the spot where he had hidden the knife he used to stab Keagan on that day. He also revealed the whereabouts of Dennis Mburu Kimani, the motorbike rider who ferried him to Ridgeways on the morning of the attack.

"Kimani, was arrested in Ngomongo area of Githurai and his motorbike impounded following a brief chase as he tried to evade the detectives’ dragnet," DCI added.

The arrest of the two comes after four other suspects linked to Keagan's murder were arrested earlier this week.

While assuring the public of safety against the violent crimes witnessed in Nairobi, the DCI said they hope the arrests "bring some semblance of justice to the family of Keagan.

Can any YES poop katiba voter inform me how the suspects will be traced if they jump bond/bail on being released on bond/bail?I hope Gathua’s relatives revenge for him immediately they are given bond/bail.Many have disappeared after being bonded.

Someone needs to sue the goby of Kenya. There is a social agreement between Kenyans (tax-payers) and the govt. That they will be protected. Look at this waste: 24 years, recently graduated, killed by nobodies for a laptop and phone?

why are they stabbing wananchi instead of just taking whatever they robbing smh.....folks do not resist when attacked unless u armed! nothing worth your life! This DCI need to do more and public needs to go back putting tires on this mathafakas necks and lit'n them up!