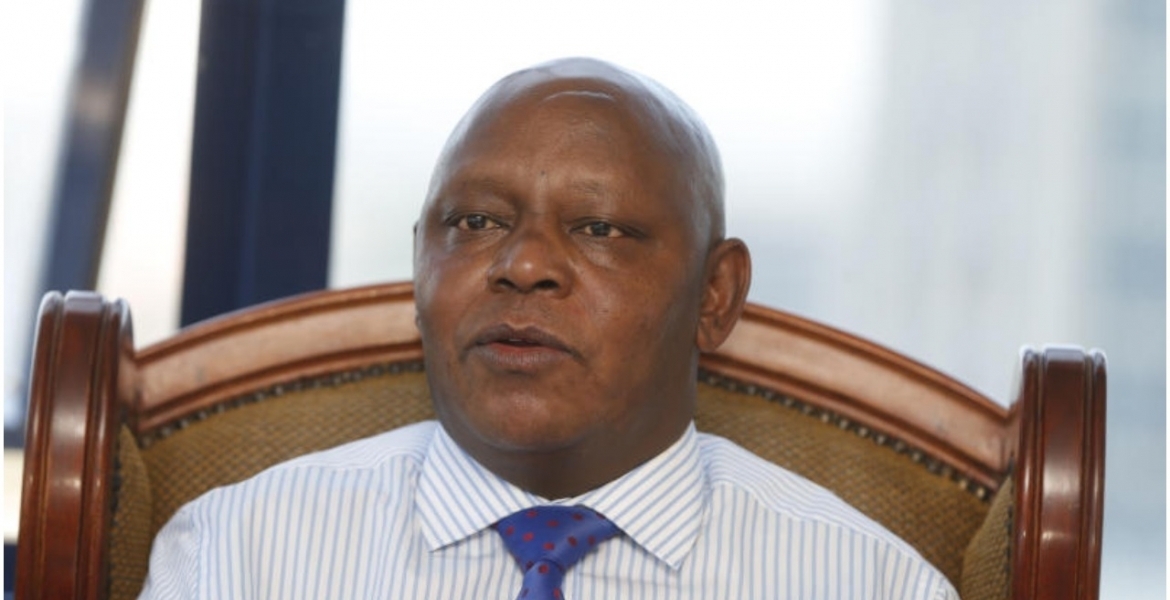 Kenyan lawyer Paul Gicheru, who was facing charges at the International Criminal Court (ICC), is dead.

Gicheru was found dead at his home in Karen, Nairobi on Monday night, with form in his mouth, The Standard reports, citing a report filed at Karen Police Station. The cause of his death remains unclear.

The deceased was tried for crimes against the administration of justice consisting in corruptly influencing witnesses of the court in the failed case against President William Ruto and radio journalist Joshua Sang.

“Specifically, with relation to eight witnesses, Mr. Gicheru and other members of the common plan allegedly identified, located, and contacted the witnesses, offered and/or paid them financial or other benefits, and/or threatened or intimidated them, in order to induce them to withdraw as Prosecution witnesses, refuse to or cease cooperating with the Prosecution and/or the Court, and/or to recant the evidence which they had provided to the Prosecution,” ICC said while confirming charges against Gicheru.

The withdrawal of the said witnesses led to the collapse of the criminal case against Ruto and Sang, who were being tried over the 2007/2008 post-election violence during which over 1,100 people were killed and 300,000 displaced.

Following the conclusion of his trial in June this year, The Hague-based court announced it would issue its verdict within a reasonable time.

“Trial Chamber III will deliberate on the proceedings and, within a reasonable period, pronounce its decision on conviction or acquittal, pursuant to Article 74 of the Rome Statute. The Chamber bases its decision only on the applicable law and on evidence submitted and discussed before it at the trial,” the court said.

Gicheru, 52, surrendered himself to the authorities of The Netherlands on November 2nd, 2020 and was handed over to ICC custody the next day. This followed arrest warrants that had been issued against him and another Kenyan Philip Kipkoech Bett in 2015 over their alleged participation in bribery of witnesses.

Ruto will disappear very many Kenyans. If Raila did not reign Kenya as he does, Ruto would disappear him.

Raila is Surrounded SECURITY like No any Other in tye World. And it's his Security Detail that Saved Uhuru when He was About to Board a Helicopter that was Planned to Go Down with the President (Uhuru).

This guy returned to Kenya when? I know home is best, but he should have known better. All this time I was thinking he was overseas. Pole to his family though.

But you don't have his medical history. Remember he went to ICC to defend his integrity. He did not even respond to his accusers, because according to him, there was nothing to defend, it was all "hot air". As usual, Kenyans are coming up with all theories, while all they need is to contact his family and get a statement on his medical status. But that would not sell, business is in rumor mongering.

You could be right and wrong at the same time I do not know his medical history but do not be too assuming bruh. Also, reports indicate his son is also hospitalized under similar circumstances. How circumstantial can medical history be? Ask yourself please.

If the son is hospitalized under similar circumstances, this would be the mother of all coincidences.

Everyone who was associated with or accused Ruto in ICC always dies mysteriously...

Why did Uhuru and Ruto not help him instead of dying alone by suicide .They left him to carry their cross one has sailed off into the sunset Rumour has it after emptying out the treasury coffers and the other cannot wait to plunder The mysterious disappearances which were common in Moi’s error have returned.History tends to repeat itself but voters only thinking about their stomachs keep making the same mistake

ICC witness get deleted one by one.

Could be:
Used, Dumped, and Eliminated; Assassinated I mean.