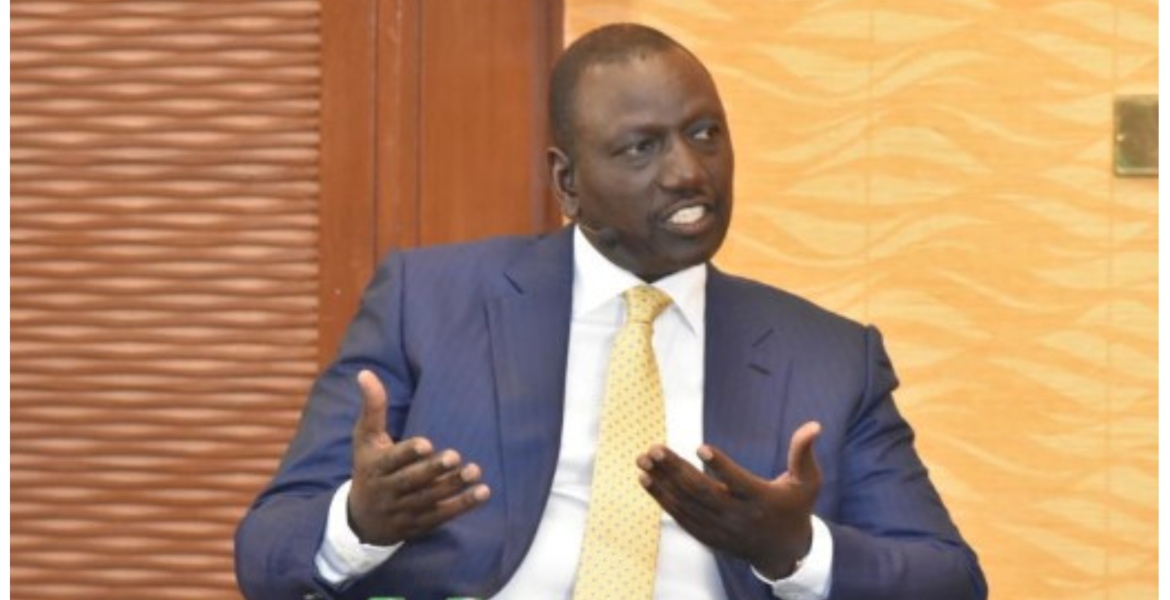 President Ruto has said his administration is ready to buy fuel from Russia if this is what it will take to tame the skyrocketing fuel prices.

This comes at a time when some countries, including the United States, avoid engagement with Russia as a result of its invasion of Ukraine

In an interview with BBC, Ruto said his government plans to align with the market forces, through bilateral ties, to rein in the rising fuel prices that have put a lot of pressure on Kenyans since the fuel subsidy was discontinued.

"All options are available to us as a country. East Africa would be a good option but Kenya is what we are going to be focusing on," said Ruto.

"The strategy we have is to ensure that we work with the market forces on how we can have a government-to-government relationship that will get us fuel at probably Ksh Sh20 to Sh25 percent cheaper than in the market.”

The president further defended his decision to withdraw the fuel subsidy, saying it has sealed the loopholes providing leeway for graft and saved funds that will be channeled to the large-scale development of the nation.

"Those are the interventions I am looking at but I had to remove the subsidies because they were a huge drain on resources that would be used for the development of the country and yet the prices were not coming down and it was generally distorting prices of fuel in the country and creating unnecessary shortages," he said.

"We now have gotten rid of shortages, we haven't gotten rid of the high prices but we have done two things, we have saved money that was going down the drain with cartels in the subsidy program and we have eliminated shortages and I am now moving to the agenda of making sure that we have government-government relationships that will progressively begin the journey to bring the prices of fuel down."

If anyone can show us cheap oil, then criticize us for buying Russian oil!!!

Ruto is busy begging from the free world yet he disagrees with their policy in boycotting Putin and Russia . double standard . He has forgotten what oppression means | shame not to support Ukraine . this is how Christians behave .They cry a river to blind us yet they are just as sinful

Some Christians are Judas Escariots and Straight up Murderers; even WORSE than Murderers because of the Hate, Lust, and Greed. And this Why (whereras I am a Christian): I have Not been to Church for Close to 5 yrs. Many of Them are a Bunch of Hypirites.

Mr Ruto , Russia fuel is not cheap and if you want to build a good relationship you have to differentiate the good and the bad and work with the free world countries to fight oppression . you want them to aid you but disagree with their intention to punish Russia. Russia has killed and continue to kill innocent people and you want to help them by buying their petroleum so that they can buy more weapons to kill the children of Ukraine> where is your faith??

You're very Correct. He just Got money from the US and he Wants Cohabitation with Russia. Mtaka wote na Vyote hujuta.

@Loise, 'Free World' that is the biggest lie that has ever been told. Just copying what you hear from the TV without reasoning. Were slaves free, were women allowed to vote.

He was never a friend of the West.

He hates democracy and human rights.

India is buying oil from Russia and selling it to collective West.

India can do what it wants it is not in the same league with Kenya .Kenya lives from a begging bowl . India is an industrial country Believe me Russia oil is not cheap. cheap or NOT Putin is murdering children he is committing GENOCIDE AND we want to aid him to continue . The point is you can not have it both ways. we can start thinking of utilizing our energy to run our vehicles .we have the sun , the wind , geothermal and hydro. we need liberalization of energy sector.

Dictators like to hang out together. True colors showing. Behaviors are like a pregnancy, you can’t hide it for too long. Ruto and Rigathi are a perfect example.

I agree with you a Million times.

You buy oil where it is cheap. Russia oil is being sold at discount. So, if it helps Kenya, then we go for it. Due to Russia oil, India now has the lowest inflation.

Hope Ruto doesn't take the devil's offer to turn stones into bread just because we are hungry for cheap oil.

Putin doesn't give out free stuff, he demands something in return, ask Ukrainians how they have been paying back Putin, starting with Crimea in 2014, to the Donbass and thousands of innocent Ukrainians' lives.

@Wali wa Daku, poor you that you do not know the history of how the Ukraine-Russia started.

I thought we stumbled on oil afew years ago.Why the silence on this,or amI the one out of the loop? If we are selling all of it, how much revenue are we fetching annually?

So, this prince of tribal clashes wants to fund comrade putin's evil war in Ukraine by giving him an outlet through which to sell his sanctioned oil?
You are the company we keep!
Our priority as a country would be to get buy grains from Ukraine to feed our hungry population! Grains that putin is destroying, and stopping from getting to the rest of the world!
Running for elections is easy! Governing is NGUMU!