Atwoli Defends MPs, Says They Must Dress Well, Have Nice Cars and Allowances 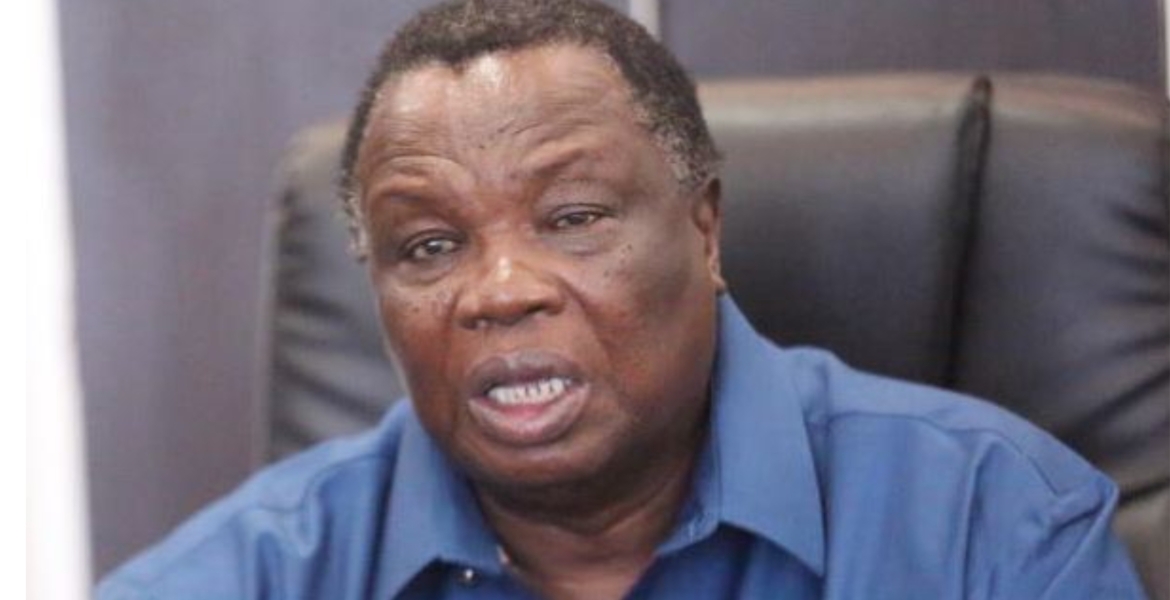 COTU Secretary-General Francis Atwoli has weighed in on the ongoing row between MPs and the Salaries and Remuneration Commission (SRC) over car allowances and mortgage benefits.

Atwoli urged the SRC not to cut MPs’ salaries and benefits, arguing that they deserve to “dress properly, look presentable, and drive fine cars” to maintain their dignity and avoid engaging in nefarious practices to benefit themselves.

"If you say a Member of Parliament cannot be well paid what are you saying, our members of parliament must be unique. So many people depend on them and there are a lot of things they have to initiate in their own constituencies. If you curtail them from earning then what will give them the dignity as members of parliament then you are doing a disservice to the country," Atwoli said on Sunday.

He added: "Our leaders must appear well, must dress well, must have nice cars, must be able to speak, must appear representative and must be seen as members of parliament. It is us as taxpayers to make sure that they are well dressed so that they don't become conmen or do some other businesses which are not worth a member of parliament."

"They cannot be told that they can't have CDF. I don't think that we are moving in the right direction they must be paid well and must have allowances. I don't think whether SRC and other people including our judiciary who have stopped the CDF are doing the right thing. Those are some of the view that Kenyans must reflect back," he said.

Greedy old man time you went home.If a mpig deserves to exploit taxpayers to dress well and drive big cars you are condoning the exploitation that goes on.Some of these mpigs do not deserve the so called dignified positions that they acquired others got nominated.You do not become an MPIG to get rich and drive big cars and expect the taxpayer to maintain your lifestyle.How many laws have these mpigs passed to benefit the regular folk.They are there to serve themselves and empty the treasury just like Uhuru did when he left and the next administration cannot wait to continue the trend.What dignity is there in a mpig like the murderer babu owino or

Fat fool Atwoli, no wonder Wanjiku remains in chains ⛓ of slavery and poverty cause of corrupt morons like fat fool Atwoli!!!

Atwoli,If Mpigs cannot dress,and drive well on the current pay scale, I dont think giving them more will help, it will only burden tax payers. If they want more money, they should quit public service and enter the private sector where there is no limit as to how much one can earn,legally;I might add,even illegally.
May I remind you that serving the public does not require one to be ostentatious.Moreover, integrity does not depend on how much you earn.Your actions,and words give you that.Learn to live within your budgets like the rest of us.I cannot go to my boss and ask more money when he she thinks I dont deserve it.Mpigs dont deserve anymore pay raise till the public is at least 70% satisfied with their output.
I just read in the Daily Nation that there is a Hospital in Vihiga where patients bribe medical workers and staff to get treatment.In the same vein, last week investigative journalist revealed that some doctors on government payroll do not even show up for duty.They are busy in their private practice,where they make millions.Now tell me if you are the CS of the Ministry of health and you read this, what will you do?Fix that before you talk of more benefits for MPigs.You are already paid to fix this kind of issues.

I would suggest that they go to Kenyan custom tailors. That way they can keep a modest budget, employ Kenyan tailors and promote Kenyan fashion. Win, win, win. Do our suits have to ape western suits. I look to the Ghanaians for inspiration. https://www.lindaikejisblog.com/2021/2/ghana-introduces-school-uniforms…

Hey @ Mundumugo,I you have my vote for CS of Finance.

If truly God exists as many believes then he should eliminate all this thugs who r always planning to steal from their electorates who cannot even afford a 250ksh unga otherwise.

@Mkenya halisi,If you are familiar with the story of Anania in the Bible,then you get where Iam heading... Why did God stop meting out this instant punishment?Imagine how straight people would be knowing that the punishment is instant.I would love this divine punishment to be "reinstated",and used liberally,and frequently.Please you Christians pray for this.This is our only salvation.
Yes, Iknow my detractors are ready to say ,hey Max you dont believe in the Bible and yet you want"benefits" from it. Well, these benefits are much like rain.It falls on both believers and non believers.

@ mkenya mhalisi i also wonder if God cares for the poor . Is there a God really or just a tale to suppress the lowly and oppressed even more ! Moi who was merciless emptied the coffers died of old age with best care in the world while those he oppressed continue to suffer. will judicially be firm no matter what or have they already been compromised? we have god fearing pres. who is for the poor anyway so no sweat

So this Atwoli with this primitive view is also considered a leader. Chai! Where did the rain start beating us?

One thing this dude has consistency in is USHENZI.

his name is asshole!! . I rest my case

@ Loise,for the benefit of Swahili speaking people,could you please translate that for us. Thank you.