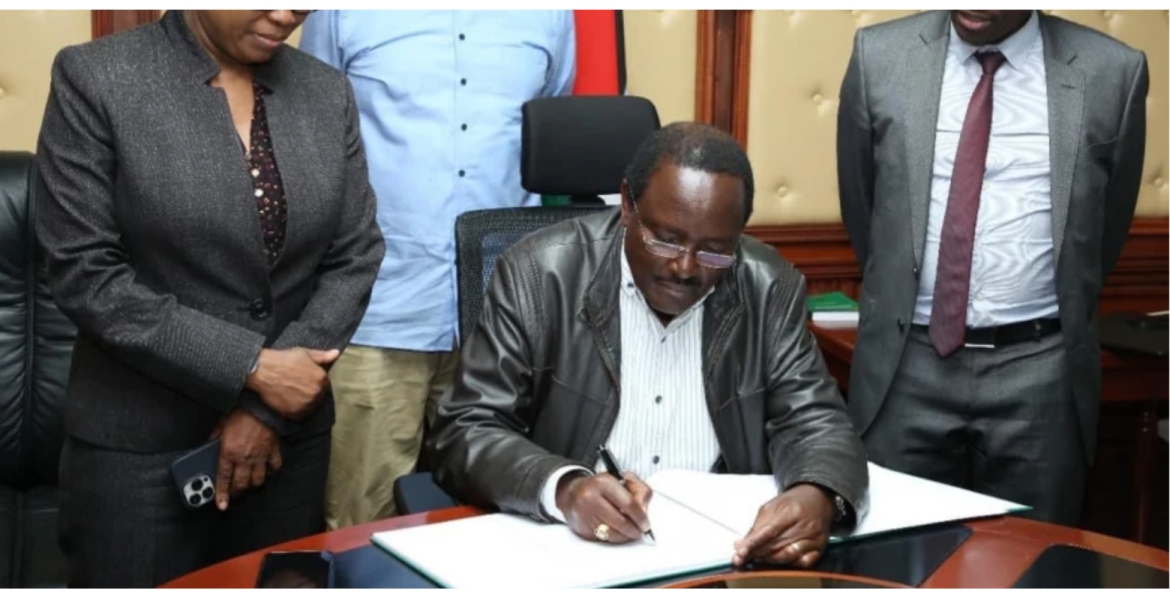 Wiper Party leader Kalonzo Musyoka and Bungoma Senator-elect Moses Wetang’ula are among the seven candidates who have so far expressed interest in the National Assembly Speaker position.

The two picked nomination papers on Monday after President Kenyatta gazetted Thursday as the first sitting of the National Assembly and Senate.

Through a gazette notice, Kenyatta said the bicameral house will meet at 9.00 am in the Senate Chamber and the National Assembly Chamber at the Parliament's main buildings.

In the National Assembly, Azimio commands a majority with 167 members against 159 members of the Kenya Kwanza coalition. Kenya Kwanza controls the Senate with 24 Senators while Azimio has 23.

Candidates interested in the National Assembly and Senate speaker posts have until 12.30 pm on Wednesday to collect nomination papers and to return the completed forms on the same day between 2.30 pm and 8.30 pm.

Uhuru needs to chill. Wetanguula will win the speaker speaker seat. It's always a mathematical game. Who has what? Kalonzo Musyoka in my personal opinion is not the kind of leader Kenyans want. He will swing to whichever side is winning. He's one of a political whore Kenyans needs to avoid. No personal feelings, but just reality.

Where is Uhuru coming in on this? Kora kanini Jinga kabisa!!! Your arap mashamba has won, choices have consequences. I pick my popcorn, brace for the disastrous looting ‘movie’.

Comrade Kiichoge,
Don't be too blinded to the facts.
Uhuru and goons are still trying to figure ways to remain in power. Kalonzo, Azimio, Raila, Uhuru are in the same pact.
Okay, comrade, mimi ni (Jinga kabisa!!! )
According to you. If you follow this forum, I speak my mind, 90% of the times, Politically am correct.
Sasa, Mjinga ni nani?

Comrade Kiichoge,
Don't be like Uhuru, sleeping in class.
If you follow what I write, I made it very clear that most likely we won't see any meaningful changes.
But for once Kenyans spoke in one voice.
No more DYNASTIES, No more fooling around.
Kenya ni yetu.

In other reports, he's now being said to have changed mind about going for that position, claiming that it is humiliating. Kunaendaje lakini😄