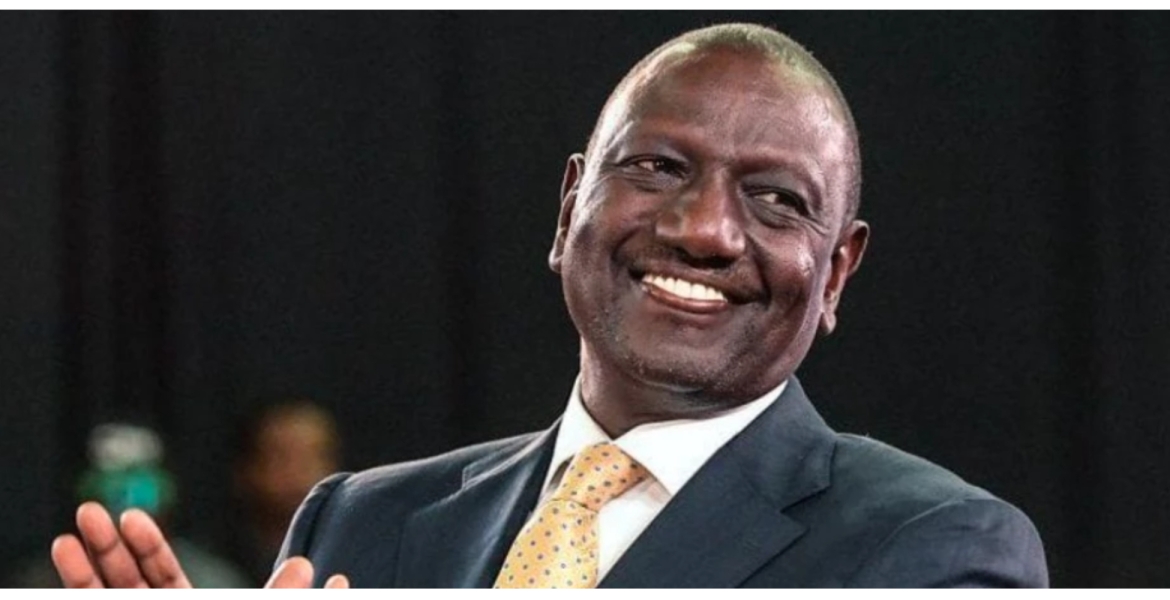 In a unanimous decision read by Chief Justice Martha Koome, the seven judges ruled that Ruto was validly elected, having attained the 50 percent plus threshold.

"We declare the election of the first respondent as President-elect to be valid..." said Koome.

"It is our finding that the declared President-Elect attained 50% +1 of all the votes cast in accordance with article 138.4 of the constitution.”

Ruto was declared the winner after garnering 7,176,141 votes, representing 50.49 percent of the total votes cast while his main rival Raila Odinga of the Azimio La Umoja One Kenya coalition party got 6,942,930 votes (48 percent).

Raila, it is a perfect time to retire from politics, hang out with your grandchildren and Ida as well .Yes you intended to take people to Canaan (5times) unfortunately NO one ( even your wife) wanted to go, now you may either go by yourself or stay with them. Don’t dare again Mr “Tendawiri”

Why didn't you Tell KIBAKI to Retire?

Bondo Express! Ichaweri Express! No more Jubilee of thieves and terror! No more dead bodies in our beautiful rivers! Corrupt politicians thieves murderers assassins merchants of corruption and impunity oppression must be held to account!

Those criminals who attacked IEBC officials must be prosecuted to the fullest extent of the law!

Presenting forged documents and a barrage of lies in court is criminal and must not be tolerated! I wish that the court went further to punish the perpetrators in order to discourage this kind of blatant violation of the court!

The peoples conman will never be president of this republic!!!

And it's because Money Laundry and Corruption speaks for Dumbs like You.

Did you just decide you did not want to be bothered.Pollsters could not have been wrong.Thanks for bringing back moi era of theft ,increased corruption,dictatorship and mysterious disappearances.The law surely is an ass

The High Court has SOWN CORRPTIONS; and the Celebrating FOOLS are Going have the Test of their CORRUPTed in the Coming 5 yrs. Amd the THIEVES are Going to Get "richer" at the Expense of the Poor getting More POOR.

Thanks to those who have ordered nylon/plastic ropes.I hope others will place their orders before I ship them to Kenya as per Raila’s instructions.

Those who presented forgeries to the Supreme Court owes every Kenyan an apology. Respecting the SC decision is not adequate, the complainants need to disclose the source of what the SC referred to as "hot air" numerous times in the decision. Not to forget that we're still waiting for DCI's action on those who disrupted IEBC work at Bomas.

@Imgkgoogo,I totally agree with you.Any one found to have presented false documents,or lied in their testimony should be punished to deter this sort of crimes.
In additions, Chebukati has stated that IEBC staff were threatened,and intimidated in efforts to subvert their work.And as of now not even one of the offenders has been apprehended.This should be thoroughly investigated and the offenders punished.

Amazing! Those of us who have endured abuses from those Kenyans who have zero comprehension feel vindicated. There is no celebration though- only sadness.
I watched/ listened this morning and last night to pure horror. An anchor from KTN even after the court presentation was propagating the same garbage that one lawyer soweto had used in court without shame/ mercy for her motherland that the image she showed was evidence that- SOMEONE COULD UPLOAD FORMS BACK TO IEBC PORTAL! He continued the same insane argument this morning hours before the judgment was read- pray, where are this anchors trained from? Do they have producers/ supervisors? Apparently they never saw the fraud that was being projected on Kenyans. I was also surprised that guests hon. Madam Wahome and Hon. Mungatana were not getting the joke being played live on tv that the con lady soweto had shown "Jose Carmargo" was posting forms on the portal- this should not have waited for the judgement- it should have been stopped on its track on the hallowed floors of the SCOK. Same with githongo abuse of human race and murgor's juvenile lack of manners in cheating. I am sad too that after witnessing the run away train that was the case for the main petitioner- raila was ready to welcome/ hug them for "job well done"- Kenyans -I realized raila was not well! He could not comprehend what his defense had just done- humiliate him/ themselves and right thinking humans- he has no clue. The likes of orengo/ omugeni and those "little English speaking talking heads" got nominations for free- went to campaign for real votes and then told the old man "YOUR VOTES ARE AT BOMAS- SERVERS / FORGERRIES AND ALL POSSIBLE GARBAGE" What a shame! How could these selfish conmen/women use raila to get real votes since 2013 but CHARGE HIM- AS "LAWYERS" to look for his votes in "servers/ portals / Venazzuela?" That violence could get raila votes/ters? WHY?

So: Your Comments exude:
1. Ignorance
2. Invalidity
3. Thievery
4. Corruption and
5. Dubiousness.

Thank you. I am uncertain of whether the competitor will choose to finally hang up his boots or be back at it again in 5yrs at such an old age.

Thank you to God and to our able Supreme Court Judges. We are very proud of you for your work. Remain independent of politics.
You displayed confidence, knowledge and wisdom. All seven of you.
We will always keep you and your families in our prayers to be guided by law, truth and justice.
Thank you!! Thank you again!!

There's nothing to celebrate in Ruto presidency.