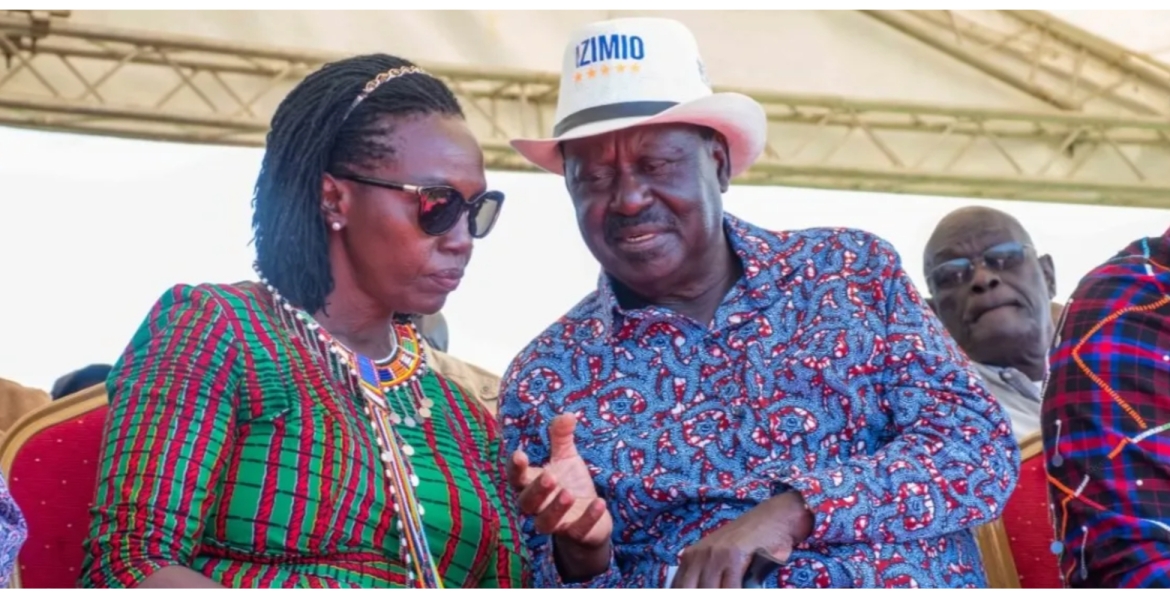 Odinga and Karua said while they respect the opinion of the apex court, they disagree with the findings.

"We have taken note of the decision of the Supreme Court on the Presidential election held on August 9th, 2022. We have always stood for the rule of law and the constitution. In this regard, we respect the opinion of the court although we vehemently disagree with their decision today," Raila said.

Odinga, who gave his fifth shot at the presidency, insisted that the August 9th presidential election was not credible.

"Our lawyers proffered irrefutable evidence and the facts were on our side, unfortunately, the judges saw it otherwise. We find it incredible that the judges found against us on all nine (9) grounds and occasions resulted in unduly exaggerated language to refute our claims," he added.

He thanked his supporters and promised to communicate in the near future “on our plans to continue our struggle for transparency, accountability and democracy.’

"This judgement is by no means the end of our movement, in fact, it inspires us to redouble our efforts to transform this country into a prosperous democracy where each and every Kenyan can find their full belonging," he said.

In a tweet posted just moments after the court's decision, Ms Karua said: “The court has spoken. I respect but disagree with the findings.”

On Monday, the seven-judge bench of the Supreme Court unanimously ruled that Ruto was validly elected as president, paving the way for his swearing-in on September 13th.

"As a consequence, we declare the election of the first respondent as President-elect to be valid under Article 143 of the Constitution. This being a matter cutting across the public interest, we order that each party bear their own cost. It is so ordered."

I am glad Raila has lost. It is GOOD that he respects the decision of the supreme court. This was of course a very hard and closely fought race. The effect of Uhuru's support was actually very persuasive to many voters. But in the end the collective Kenyan electorate made the right decision. Ruto is the right choice for Kenya at this point in time. As for Raila, I think he had a decent shot in this election. But, he made some key mistakes in the campaign. The biggest mistake he made is refusing to show up for the debate. In my opinion, that is when this election really broke in Ruto's favor . So at this point he should blame himself for the loss. Kenyans all across the country deserve to move on in peace. Let us focus on rebuilding our economy as a nation. Let us focus on rebuilding the lives of Kenyans all across the country.

The results of the August 9, 2022 Presidential election and the ruling issued today by the supreme court shows nothing but christallization of impunity, corruption and complete disregard of Law and Facts in Kenya by those
entrusted by the Citizenry to uphold the same.

Corrupt Karua, yah, you are getting old. Perhaps it’s time to find a husband in Bondo!

Raila Odinga ,we're already in Canaan, looking back, you have played a big role I'm the Kenyan politics. Remember the detentions, the murders, the tortures during Mois reign.
All we can ask of you is to hold Ruto accountable.
I am a little dismayed by the fact that after the handshake your fire went out.
I lost the Raila I knew. You got comfortable, you lost your GPS.
But that aside, you can still redeem yourself.