Joy as Mother, Her Son-in-Law Win MCA Seats in Nakuru 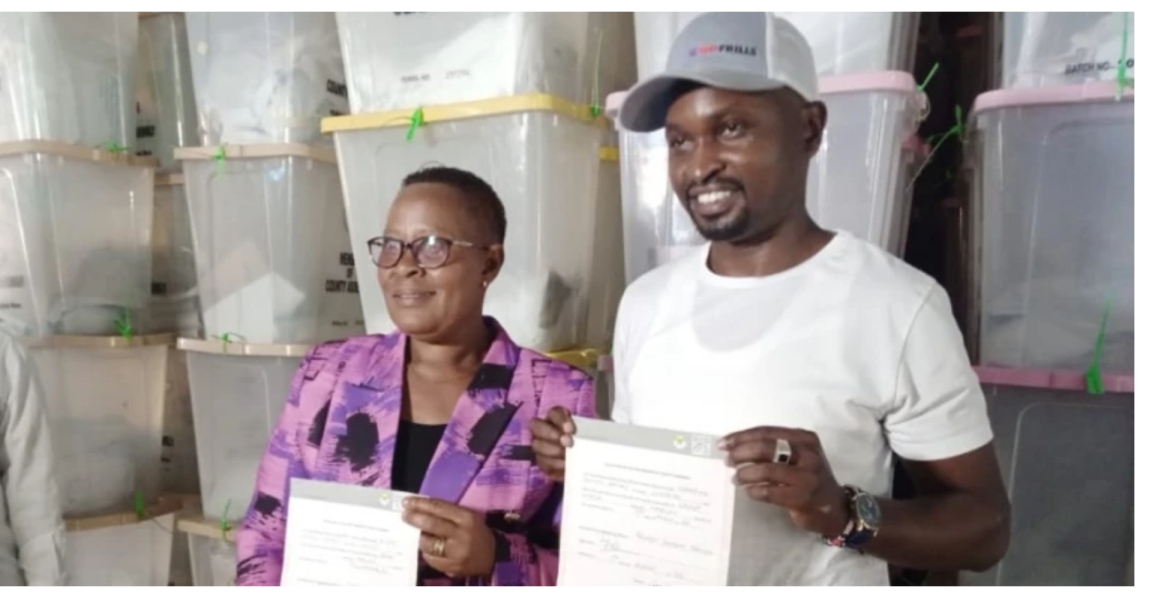 In a one-of-a-kind scenario, a mother and her son-in-law have been elected to the Nakuru County Assembly following Tuesday’s general election.

Ngarama, who was first elected in 2013, successfully defended his seat while Mwathi won the Bahati Ward seat after suffering defeat in the 2017 elections where she finished third but she subsequently joined the Nakuru County Assembly as a nominated MCA.

Coincidentally, the two will also work at the assembly alongside Mwathi's first-born daughter and Ngarama's wife Lilian Mwathi, who has been working there as a clerk for the last five years.

“I feel honored by the trust the people of Bahati have bestowed on me to lead them for the next five years. It is even a bigger honor that my son-in-law has also been elected,” Mwathi said as quoted by The Standard.

She added: “During the last five years, I have worked with my daughter at the Assembly where we had to interact as family and in official capacities. It was an exciting experience for us."

Mwathi says while serving as a nominated MCA, she ensured she does not sit in any committee with her daughter at the same time.

“We shall do the same this time to ensure my daughter and her husband do not find ourselves in the same committee. During debates, we may differ but at no time shall I ‘beat’ my son,” said Mwathi.

On his part, Ngarama said he rarely crossed paths with his wife since she joined the county assembly, and when it happened, he kept his interactions strictly official.

“At the beginning, my wife was the Personal Assistant to Susan Kihika who was then the Speaker of the County Assembly. She was later absorbed as a clerk. I only met with my wife on a few official occasions despite working in the same place. Whenever it happened, she had to refer to me officially and not as 'Mwas' since it had to be recorded on the Hansard,” said Ngarama.