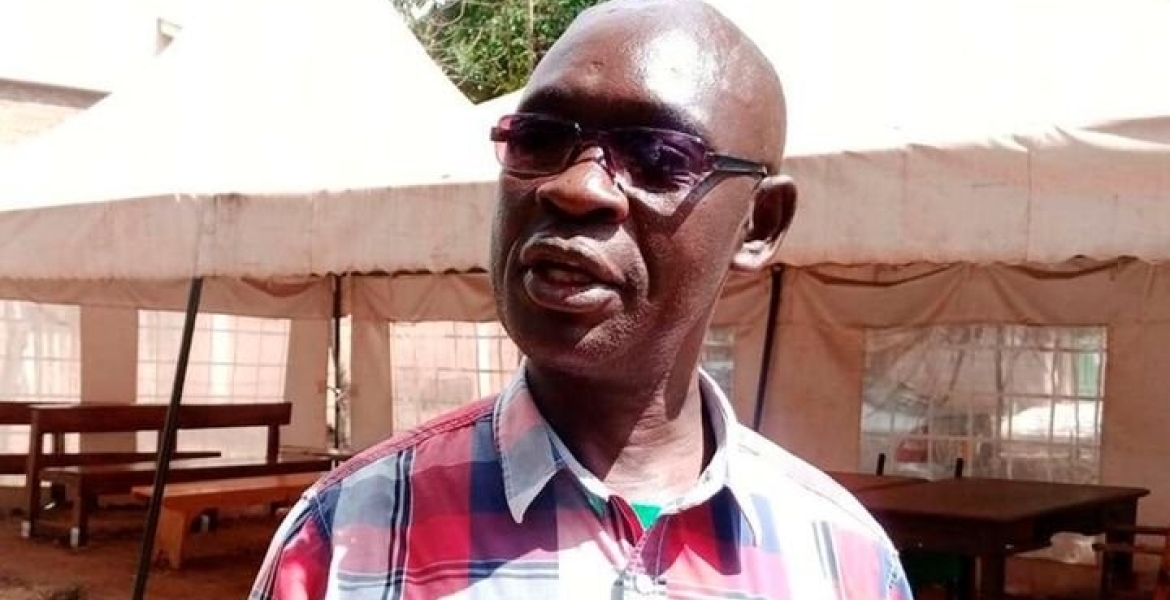 Wilberforce Murunga, the man who recently hit media headlines after getting a dowry refund from his former in-laws, spent a night at Jomo Kenyatta International Airport (JKIA) last week after falling prey to a fraudster.

Murunga was set to travel to the United States on May 26th but was shocked to learn that a tour agency issued him with a fake flight ticket when he arrived at the airport on Thursday night.

"I did not realize I was a victim of fraud until I got to the airport. You can imagine going to JKIA with all your luggage, going through the process and then getting to the check-in counter and realizing the ticket does not even exist," Murunga told Nation.

Detectives in Trans Nzoia County have since arrested a 34-year-old woman after Murunga reported the matter to Kitale police station. The woman, who masquerades as a travel agent and operates a fictitious tour and travel agency, was arraigned in a Kitale court on Monday where she was charged with obtaining money by false pretense.

She denied the charges and was released on a cash bail of Sh41,000. Detectives have sought more time for investigations as four other victims who fell prey to the scam surfaced.

Murunga says a friend he met in Kitale while attending to the bride price refund case in court introduced him to a tour and travel agency as he intended to travel back to the US where he lives. He later visited the agency’s offices in Kitale town and met the woman owner.

"I paid Sh76,000 for a return ticket on the Qatar airline to America. I was issued with an electronically generated ticket. Little did I know she was a con-woman," he said.

Murunga, who received a dowry refund from his former in-laws following a court order last month, hopes to travel to the US despite the setback.

The man moved to court seeking a dowry refund after his marriage to Irine Khasoa was dissolved by a Kitale court last October on grounds that his wife deserted their matrimonial home.

On May 14th, he received Sh20,000, three cows, and a goat from his in-laws after forfeiting one cow, Sh30,000, and other items as a token of appreciation. He said his former in-laws were unable to return all the animals and money due to the harsh economy.

"Now we are officially not husband and wife anymore. She is free to move on and likewise since the dowry has been refunded back," he at the time.

You have lost more than the dowry refund you received. Just imagine how much money you have spent traveling back and forth from US to kenya.

There not good thing is that you are now a free man.

I don't Think😇 he really NEEDED his Dowry back. I think he just Wanted to Punish his Ex-wife (and her Family).

Confirm flights 3 days prior. No link btw this and dowry? Ticket lady was at dowry refund event. Fishy

I agree; high Possibility she was in the Event.

Haki Kenyans na wizi. The craziest con game happened a few years ago when a pastor produced a fake "Jesus" in Kawangware. The "Jesus" was a bearded mhindi.

Is he still pastor?

There's no KARMA here. That Lose woman should never have Deserted her Matrimonial home without Notifying him. She was Playing a maLiar.

Who the heck is karma? There is no such a damn thing in this world. Ask DP Ruto is karm exists. Ruto would have lost all his Lims because of his corrupt nature if such a thing existed.

Keep Kibaki out of this. Ok?🙄

I don’t feel sorry for people who make stupid decisions.

Yep! The CONLady made and his Ex-wife made very Stupid decision. They belong to Jail.

What the Writer is Implying is that the CONLady and his Ex-wife wanted him in Hot water; in Maai Mahiu.😇

Just my opinion!
If you’re living in the US, but still get conned by people living in Kenya through ponzi schemes, fake plot sales, fake business proposals, fake airlines tickets, etc, then you should probably leave and go back to Kenya!
You can be conned in the US too, but the stories I hear from people are astounding as to the levels of stupidity you have to be at to be conned by Kenyans! Or Nigerians!

Why not just go online and buy an airline ticket? I think this gentleman has shown a history of making a few bad decisions!
Maybe the lady read him early enough and didn’t want to be part of his future!