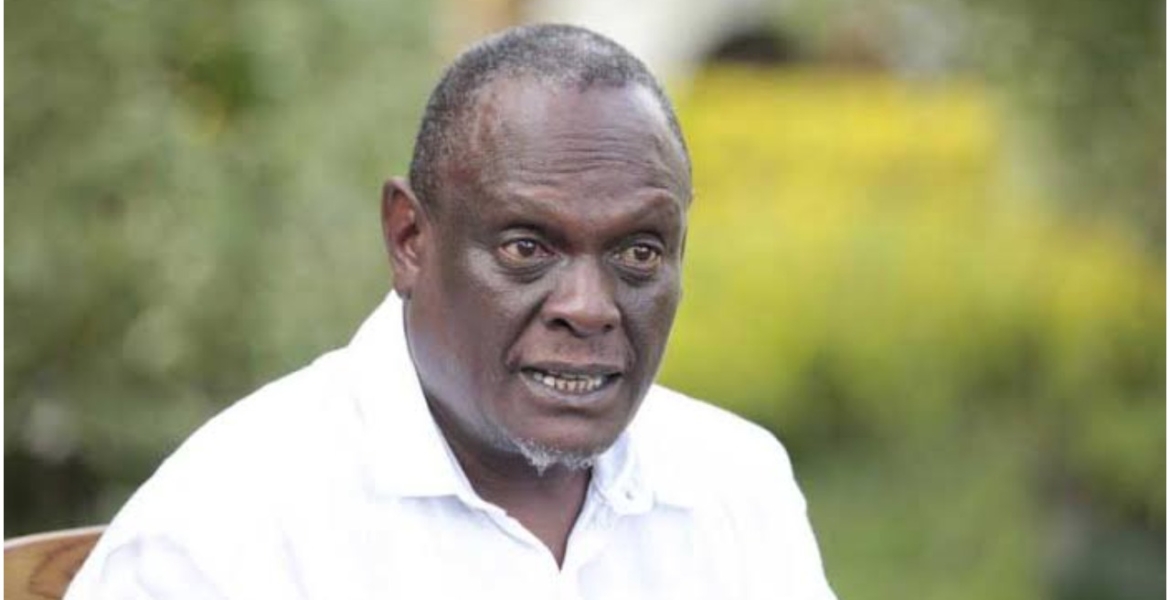 Musyoka announced his departure from the coalition last week after failing to secure the presidential running mate slot and declared he will run for president in the August 9th elections.

But in an interview with NTV, Murathe said Musyoka cannot exit the coalition since its agreement states that no member can leave six months before or three months after the elections.

"Kalonzo is still in Azimio because that agreement says you cannot leave 6 months before the election or 3 months after elections. The reason for that is in the event of a runoff you cannot then pledge your allegiance to the other formation so I believe Kalonzo is in Azimio to stay voluntarily," said Murathe.

Murathe, a close ally of President Kenyatta, reiterated that Musyoka will not be forced to stay in the coalition and is free to vie for the presidency on a Wiper ticket, which has been addressed amicably by the coalition's leaders.

Murathe divulged that the Wiper leader has now been offered the position of Speaker of the National Assembly which is guaranteed in the constitution.

"The position of the Chief Minister does not exist in the law. It was to be created in the BBI which Kenya Kwanza opposed, now they're busy using the same structures in the BBI and allocating those portfolios. You can have a Chief Minister the way Fred Matiang'i is today but he has to be a minister first. You make him a minister in charge of the coordination of National Government affairs so he is a rank above the other minister," he stated.

Kalonzo does not want to work. He wants to get a job that he will be milking Kenya’s tax payers without having to be accountable for anything. This is the kind of life kalonzo has lived all along. There is nothing new in the current arrangement.

Here Murathe is talking about one selfish idiot that Kenyans shouldn’t give the light of the day. Kalonzo is part of under world network which has worked hard to destroy kenya.

It’s very unfortunate that a man can be so blind not even to see what he is doing is childish and terribly wrong. He does not deserve any respect from any body.