Sonko Fights Off Attempts to Block His Mombasa Governor’s Bid 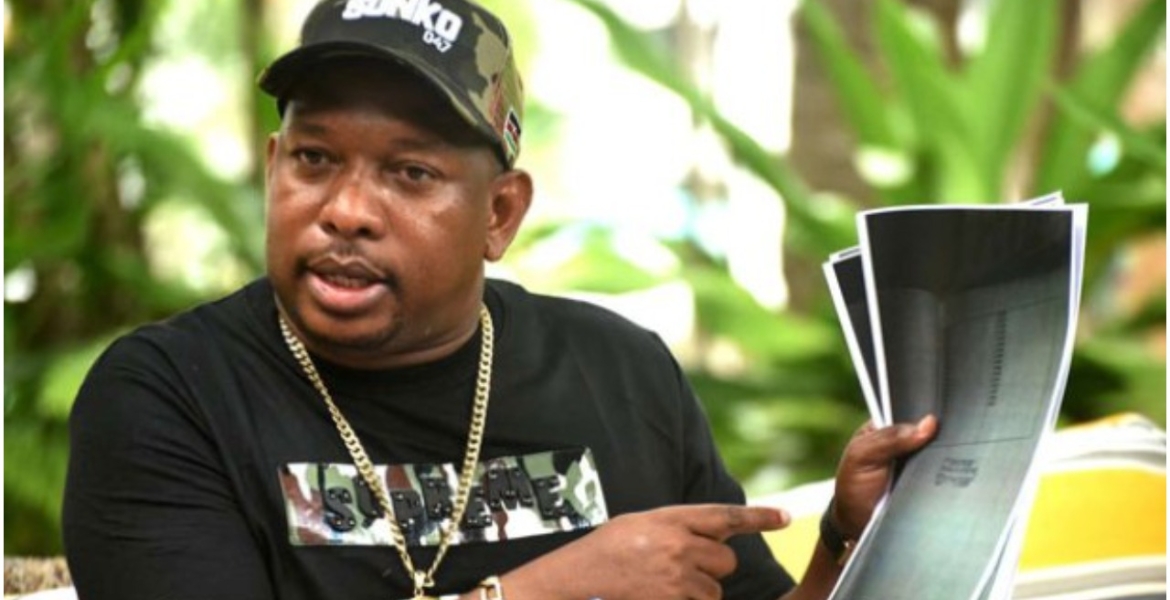 Former Nairobi Governor Mike Sonko has vowed to continue campaigning despite attempts to block his Mombasa gubernatorial bid in the August 9th elections.

Sonko hit out at Chief Justice Martha Koome and Director of Public Prosecutions (DPP) Noordin Haji over their recent declarations that impeached and convicted leaders are barred from holding public offices unless their names are cleared by the court.

But Sonko, who was impeached as Nairobi governor in December 2020 over abuse of office, violation of the constitution, and gross misconduct, insists that the Kenyan Constitution does not explicitly state that persons with pending court cases are not eligible to hold public offices.

“For you to vie the court has to set aside your impeachment but the Constitution says that a person is not disqualified unless all possibilities of appeal or review of the relevant sentence or decision has been exhausted. Mine is a decision; it is an impeachment. My abuse of office case is yet to be determined by the Anti-Corruption Court in Nairobi,” Sonko told journalists at a hotel in Kilifi on Saturday.

He added: “I want Koome to show us where it states in the Constitution that the sentence has to be set aside first. I will continue campaigning. This thing is not about Sonko; it is about bringing change to Mombasa.”

Sonko also told off critics who claim that he cannot vie in Mombasa because he is not a native, stating that he has invested heavily in the coastal city and the region.

“When I came here looking to change the livelihoods of Mombasa residents they started a lot of propaganda. They started saying that I am a bad person and I am not a native. What non-native would make investments in Kilifi, Mombasa, and Kwale and also employ indigenous people from the Coast,” he added.

Those who stand accused must step down. Kenyans do not want to be led by thieves. If someone have an appetite to steal now, what will happen when they get elected to a higher office? It is only fair for Rigathi to step down and wait until his shs 209 million is settled.

Sonko - you have of already been convicted of corruption crimes. That is you have been convicted for stealing money belonging to ordinary Kenyans. Stop your nonsense and step aside because you are not worth being a governor or any other political position in kenya. Only in your small mind you think you are a uh awful fella. All you want is to get a chance to steal more money belonging to the residents of Mombasa. Wacha upuzi fool.

Sonko - When you went to Mombasa looking to change the livelihood to f your pockets you dummy. All you want is to get a chance to get back to the corruption train. Nonsense.

Of course all Kenyans know Sonko is barred from running for public office because he is very corrupt. Stop arguing the obvious Sonko. Your character has been dented for stealing Nairobi County money. Who told you are the only one gifted and talented to save you he Mombasa people? You should be in jail for stealing…

What are you complaining about Sonko. You know you are very corrupt and should not be running for a political office. Go do some farming and let honest people run for public office.

Very nice. Kenyans need to know who the big thief is. Jameni - this other one is involved in every corruption deals. Wow, noe I understand why Sonko thinks he is just a small thief. Yule Ruto mtu wetu Arap Ruto anachukua yote kabisa.

When a vulture circles overhead, there's usually a meal nearby. Sonko wants to lead so badly, why?

Sonko and the rest of the thieves want to be elected to acquire a cover blanket from prosecutions. Kenyans must not be hoodwinked by the corrupt people running for office. There are enough honest Kenyans who can represent you without compromising integrity.