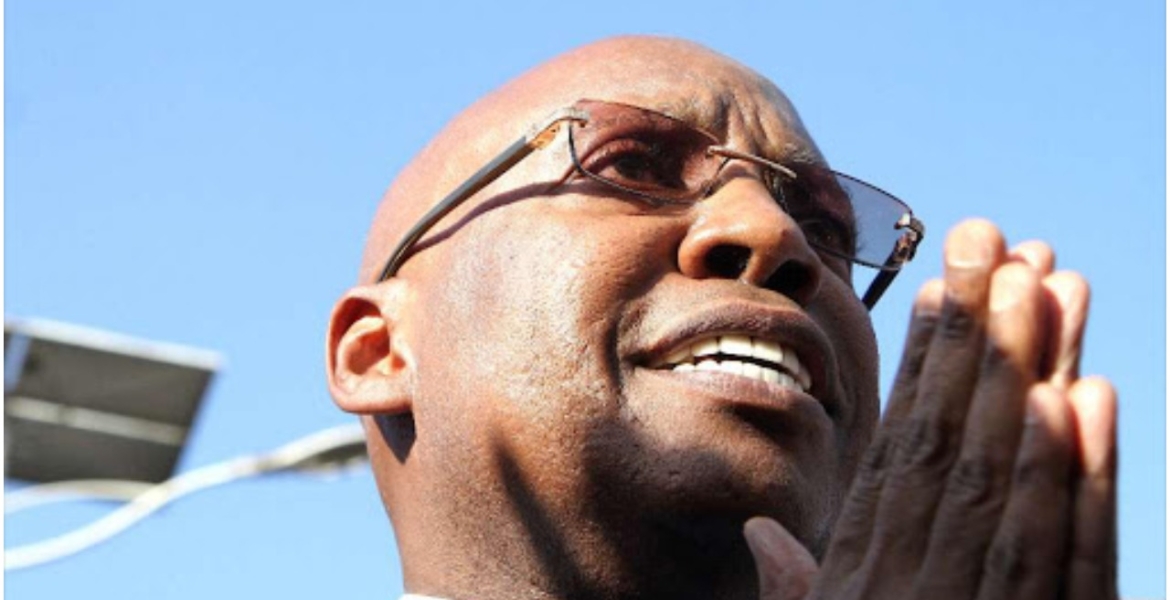 Businessman Jimi Wanjigi was on Tuesday evening arrested following a 20-hour siege by police at his Kwacha Group offices in Westlands, Nairobi.

The 2022 presidential aspirant surrendered after police started using mallets to break into the offices, where he was holed up since Monday night.

Wanjigi was bundled into a waiting police vehicle at around 5:15 pm and was driven to Kamukunji police station, where he is currently being held.

The arrest came hours after a Nairobi court issued an arrest warrant against the businessman, his wife Irene Nzisa Wanjigi, and six others over alleged conspiracy to commit a felony and forgery of a title deed.

Wanjigi and his co-conspirators are accused that on diverse dates between April 9th, 2010 and June 6th, 2018, they conspired to commit a felony namely forgery of a title deed registered under the name of Horizon hills limited.

Magistrate Bernard Ochoi ordered Wanjigi and his co-accused to appear in court on Monday next week.

Wanjigi, who has declared interest in the presidency using an ODM ticket, claims the raid and arrest were politically orchestrated. He alleged that President Kenyatta and ODM leader Raila Odinga had a hand in the night raid.

Uhuraila put Miguna under shiegeh! Its wanjigis turn to taste the dynasty pill from the guy who expanded democratic spaceship for himself

We all know arresting the likes of Jimi Wanjigi is nothing but chest thumping and showboating by the DCI. Prominent and wealthy Kenyans are mini Gods who are "above the law".

You commit felonies then cry out loud of a political motive! Wezi na wakora wote mtajua hamjui! Kenya has a shortage of stupid people.

Jimmy wajingi is right you know.

Raila cannot be the poster child of everything liberation in Kenya.

It’s time for Kenya to move on.

Wanjigi is a threat to the dynasty as usual. And it is a fact that he took sides during last 2 general elections. Consequences loading.....!

Jimi Wanjigi will be singing and dancing with RAILA before we know it.
He knows the KENYAN politics well too well, if not if the wind changes, as a businessman, he will sing the tune of the day.