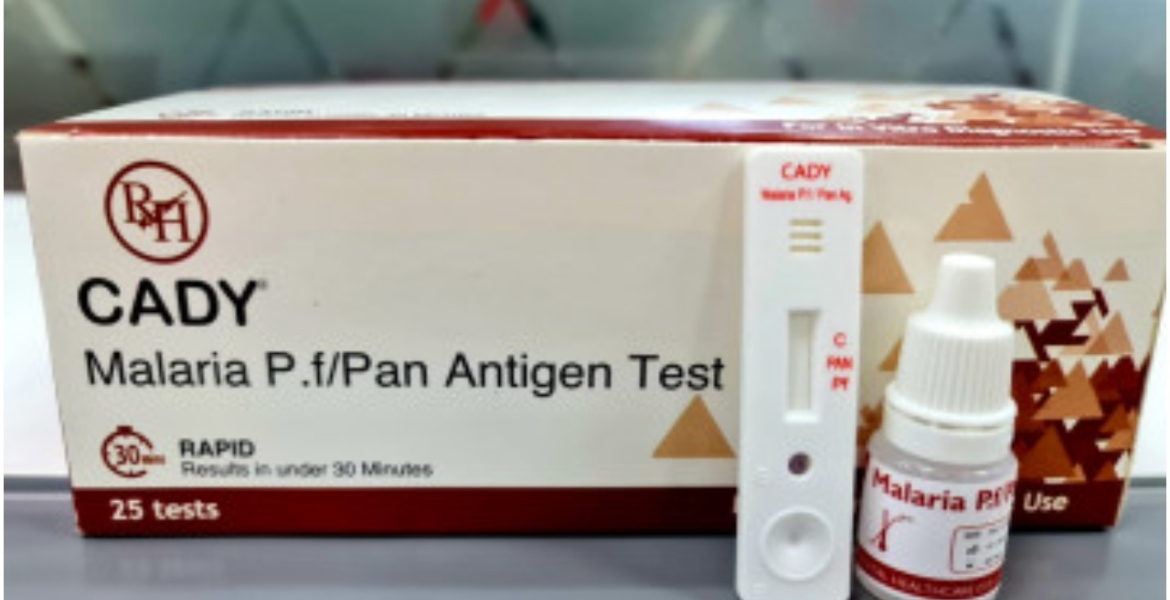 The Kilifi-based medical supply manufacturer says the kits have an accuracy of greater than 95 percent and can detect and distinguish infection between the four species of malaria.

The kits, which provide results in 30 minutes, are the first of their kind in East and Central Africa and have been approved by the Pharmacy and Poisons Board and recommended by the World Health Organization (WHO).

“As we understand very well, testing is the first essential step to an effective diagnosis, without which no treatment would be effective.  Hence, Revital Healthcare plans to introduce various other types of RDT's such as HIV, Pregnancy, Hepatitis, Tumor biomarkers and many more,” the company said in a statement.

During last year’s State of the Nation Address, President Kenyatta has hailed Revital Healthcare for being among the largest producers of Covid-19 vaccine syringes in the world.

The president said the company exported over 70 million syringes to more than 20 countries around the world in 2020 alone, making it the largest producer of Covid-19 vaccine syringes in Africa.

Revital received $4 million from the Bill & Melinda Gates Foundation last November to expand its syringe production volume from approximately 72 million to 265 million annually by the end of 2022.

Way to go. I just hope n pray these waindis will pay taxes as required...and that they'll not take every penny offshore. Kenya is ailing.