Kenyans Online Puzzled as KFC Runs Out of Potato Chips 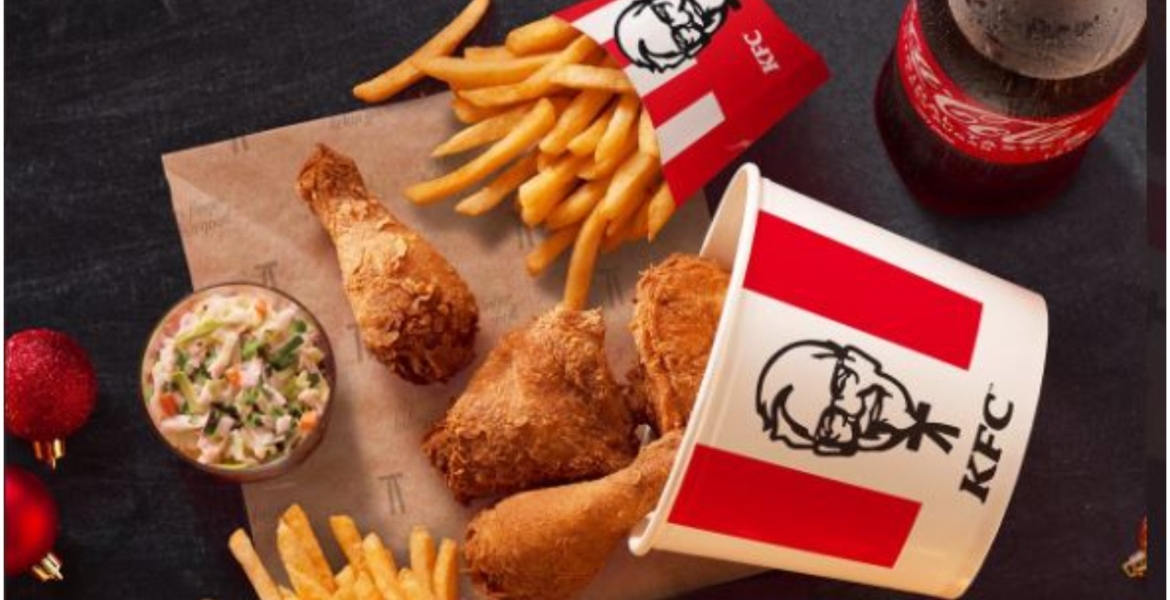 American fast-food restaurant chain KFC has announced it has run out of potato chips.

Through its social media pages on Monday, the restaurant said the shortage was due to extensive orders by Kenyans during the festive period.

The world’s second-largest restaurant chain apologized to its customers for the inconveniences caused and urged those in need of chicken to consider alternative accompaniments including ugali, coleslaw, and snack buns.

“Fam it was truly a Furaha December. Mlikula sherehe and enjoyment with all your KFC faves. Ya’ll loved our chips a little too much, and we’ve run out. Sorry! Our team is working hard to resolve the issue.”

“In the meantime, we’ve proposed some SWAP options for combo meals if you are craving some of our Kuku,” KFC wrote.

The announcement triggered mixed reactions among Kenyans online, with some wondering how KFC sold out its potato stock when the farm produce is in plenty in some parts of the country.

“Farmers in Molo have the potatoes you need... They don't understand when they hear you say you've run out of...” Wesley tweeted.

“This explains the really terrible greasy normal non-KFC type fries I got on Sunday 26th Dec at Lavington. The outlet should have explained when ordering that I would be getting the usual KFC fries and I only found out when I got home,” Mwihaki Mwigaki wrote.

“I ate the worst fries, in Kenya, yesterday from KFC Hurlingham! Yuck. We'll wait for the potatoes to retry. Otherwise is a done deal!” Muthoka Kivuva said.

Reports indicate that KFC, formerly known as Kentucky Fried Chicken, imports its potatoes from the Netherlands, South Africa, and Egypt.

KFC opened its first branch in Nairobi in 2011 and has since expanded to other towns across the country including Kisumu, Eldoret, Mombasa, Nakuru, Nanyuki, and Thika.

Open your eyes and promote Kenya fungua kiwanda ya kutengeza waru the market is ready and supply iko. Government check on taxes..power supply and other condusive infrastructure ie roads and farms..though i guess they need chucks if reliable farming land.

The extermination of Africans by evil fast food chains has began. GMO, soy, sugar and pesticides combo. Farmers massively reduced farmland due to inheritance. In 50 yrs villagers will be eating pizza and fast food. Bad for genes bad for brains and body.

Is this a conspiracy to exterminate africans? Or are africans so dumb to realize what is bad for them?

Even westerners are addicted to fast food. Some ingredients are from hell. Ask Kevin Zadai and Erica Mukisa kimani. U can't fight corporates backed by Lucifer and win using will power. Food and pharmaceutical are owned by same man. Black Rock has major shares in all corporates planet wide. U can't plant non GMO in America and live a few days. Sema evil power. A friend of Brett tried it but b4 planting 4 dark vehicles landed at his home and told him never try. Am talking about the land of the free. What freedom when corporates wanakalia watu chapati

KFC is not the only foreign company importing main production law material in Kenya.COCA COLA imports all the sugar from SA and Brazil.Both sugar and potatoes are rotting in Kenyan farms for lack of market.Kenyans should boycott both KFC & COCA COLA as they can also import customers.

I couldn’t agree with you more. These are some of crippling issues local Kenyans don’t think about. I guarantee you, the government knows they can make it a requirement for investors like kfc to use local raw material. As you and I know, kfc greased someone’s palms and were allowed to do whatever they want.

Only lawmakers can make corporates play by set rules. But are lawmakers for you the native or their stomach? Any company selling sugar water is from beneath. Ask those who've been to hell and back. Little folk can't fight em and win. Farmers can only form strong co-op and import stuff cheap and export produce directly to consumers. Lucifer was a middle man b4 the fall. Trading btw the creatures. Suffocate the middle man

Seems like the ministry of agriculture should really try to solve this problem by building local capacity in all the required and necessary ways so that the Kenyan Farmer can be competitive in this Multi National Food and Agricultural Materials Market. It appears to be an opportunity for lucrative business for the Kenyan Agricultural Sector if the necessary focus is applied.