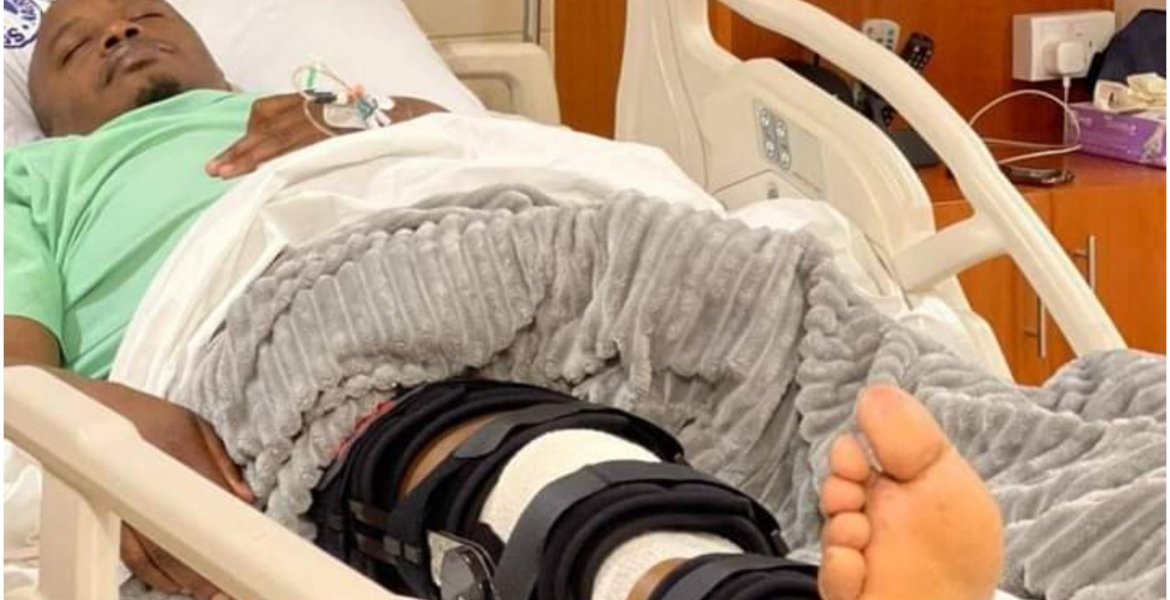 Starehe MP Charles Njagua, alias Jaguar, is admitted at a Nairobi hospital after undergoing an operation.

Reports indicate the first-time MP underwent knee surgery on Monday morning and is in stable condition.

A video of the youthful politician being wheeled in a stretcher inside a hospital emerged on social media on Monday, sparking fears about his condition.

Singer DK Kwenye Beat, who first shared the clip on his Instagram page, said Jaguar is still hospitalized after being operated on his right knee.

“He has been having this knee issue for some time now. He went to India for treatment but the problem keeps coming. So, we booked him for surgery on Sunday and he was operated on today morning,” DK told K24 Digital.

“He is out of the theatre and he is now recuperating. We are waiting for him to gain his strength back so that we can know what next.”

The singer also allayed fears that Jaguar could be in critical condition, saying that he is stable.

Jaguar was injured during a standoff between Nairobi City Askaris and traders at Muthurwa market three years ago. He was admitted to the Karen Hospital where he was treated and discharged.

If you’re “bed ridden” after knee surgery please blame it on laziness. I work work with 80 yo people who have total knee replacements and are up doing therapy the next day. Ati amelala apigwe picha ya huruma? Shenzi type. Get up and get around

i concur with you, have you seen a 90yr with total hip replacement get off her ass off the bed and moving to allow and gain her independence back, looking forward to couple weeks review so that she can attend her garden, and drive around to pick ms jones for a coffee at the corner shop,

this hazelnut boy is just a scam ...unbelievable. ati pple are going to visit him in hospital coz he is bedridden for knee surgery . shenzi wewe amka go serve your ppoor followers,

do this humans know that even a pregnant woman would deliver a baby at 6am and head home to shower her new born at 8am .

anyway let me be thinned by mine

We call that “elective surgery”. Aka you chose to do it so get up and walk lol. No wonder physical therapists are hated. Lol