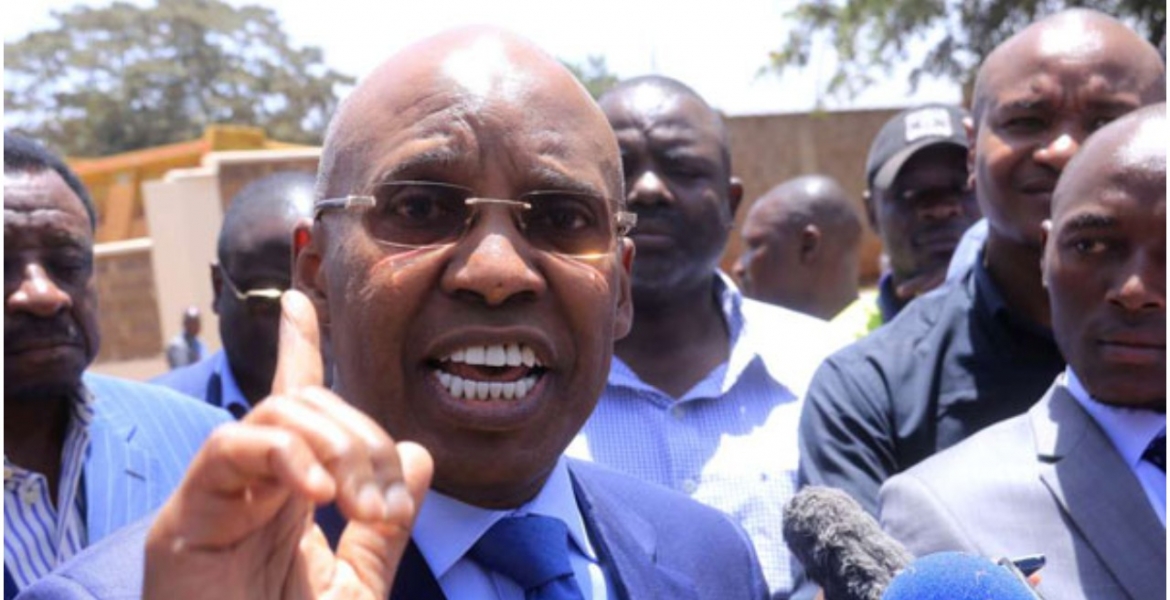 Billionaire Jimmy Wanjigi has joined the race to succeed President Kenyatta in 2022.

Wanjigi told The Standard that he will not play the kingmaker role this time rround, declaring that his name will be on the ballot next year.

“Let me confirm that I shall be in active politics and will not be playing my previous role as a kingmaker,” said Wanjigi.

He added: “I shall address the rest of your questions at the appropriate juncture.”

The tycoon is one of the most influential power brokers in the country and is credited for devising the alliance between President Kenyatta and Deputy President William Ruto in the run-up to the 2013 general election. He was also a key financier of the UhuRuto campaigns.

Wanjigi fell out with the government before 2017 and joined ODM leader Raila Odinga’s team. He is said to have bankrolled the National Super Alliance (Nasa) 2017 campaigns.

He is the son of Maina Wanjigi, a wealthy politician who served in the late former President Daniel Moi’s administration.

While he may not have the political clout of other presidential hopefuls like William Ruto, Raila Odinga, and Musalia Mudavadi, he certainly has the financial muscle to match any of them.

Do we really have wealthy politicians? If his dad served in Moi administration we know why he is wealthy.

Heads up. I will be announcing my candidature in January next year. And please don't try to dissuade me from running. It's my God given right as a Kenyan citizen.

Keep on dreaming. It free to dream.

This another son of a thief trying to protect his own tuff! That is about it with the huge noise! He ain’t any better than the rest of of them! The family just happened to steal before William Samoei Euto did but again I would rather have the Wanjigi than Ruto!

Useless I pray covid declares its wealth on all this thieves

Like a wise woman once told me, ‘don’t do your hair you won’t be in the picture’.

Your time as a tribe is up.

The tyranny of numbers will get him there since the BBI failed. Any kikuyu will win again! Thanks Thanks 😊 thanks thanks 😊 thank y’all for running away from the BBI.