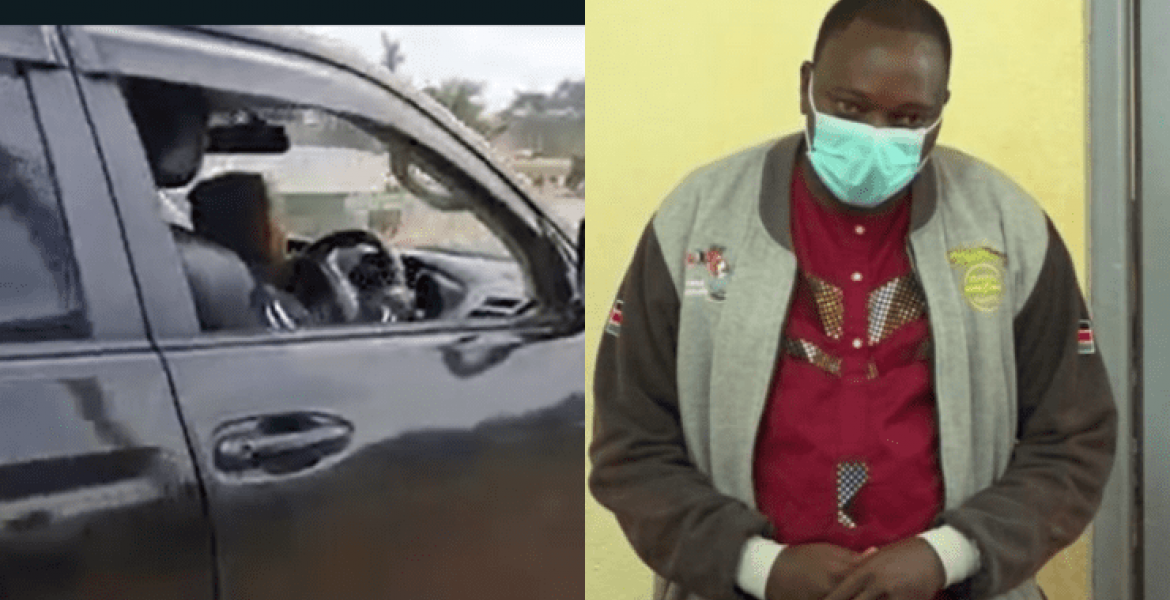 A man whose seven-year-old son was caught on video driving a Toyota Prado over the weekend has been fined Sh20,000. Ayub Kinyanjui Muigai was arraigned before resident magistrate Margaret Kinyanjui at Kandara law courts on Tuesday.

Muigai pleaded guilty to charges of permitting a person who is not a holder of a valid driving license to drive a motor vehicle. The magistrate slapped him with a fine of Sh20,000 or serve a three-month jail sentence in default of payment of the fine.

Traffic laws in Kenya require one to be at least 18 years old to acquire a driver’s license.

Muigai was arrested by officers from Kiwara Police Station in Gatanga, Murang’a County on Monday, days after a video of his son steering the luxury vehicle went viral on social media.

The video showed the minor effortlessly and expertly driving the vehicle at Delview Park area in Thika. It is also alleged that the boy drives himself to school.

The video sparked mixed reactions from Kenyans online, with some lauding the boy for his ‘expertise’ while others castigated his parents for endangering his life and that of other motorists.

What about child endangerment? He put his son at risk...not responsible parenting at all!

Good dad, very good dad as his son wanted a toy car but the night before he was having nyama ya mbuzi with a malaya so had no money so instead of letting his son down he let him drive the real thing.