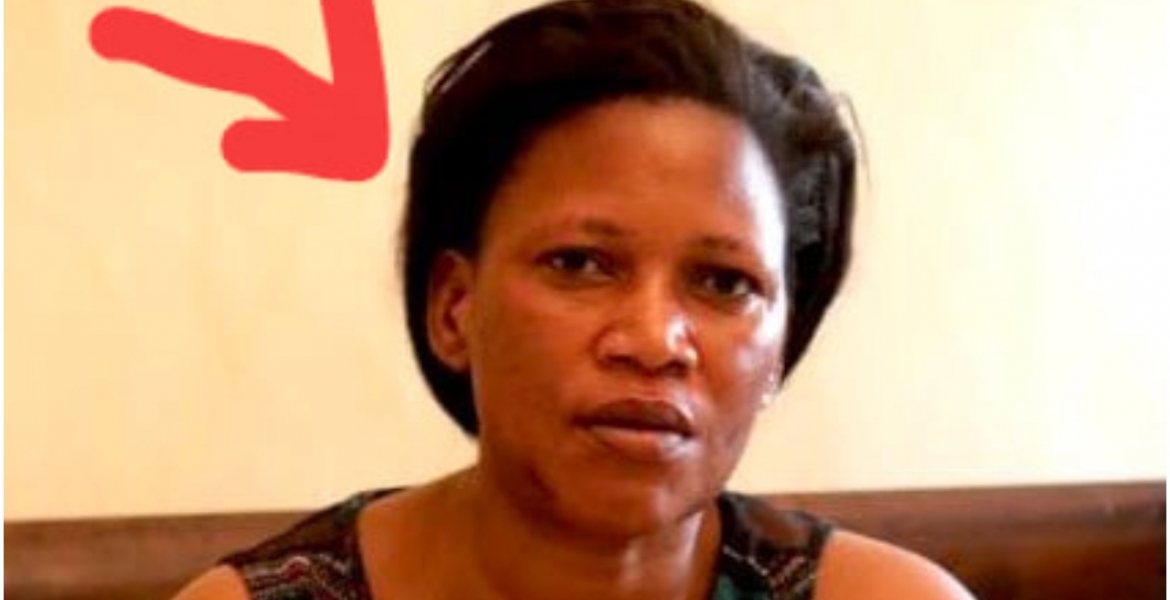 Detectives from the Directorate of Criminal Investigations (DCI) on Friday busted a racketeering syndicate behind a fake jobs scam.

The syndicate obtained hundreds of millions of shillings from unsuspecting job seekers on the pretext that they would be offered employment.

Grace Nyamohanga, alias Nasra—a Senior Sergeant at Lang’ata Women’s Prison—has been identified as the mastermind behind the syndicate, which allegedly swindled jobseekers over Sh200 million in 10 months.

The DCI says Nyamohanga, who has since gone into hiding, operates a mafia organization that recruits helpless job seekers, with the promise of jobs in top government agencies, including Kenya Defense Forces, National Intelligence Service, and the National Police Service. Detectives seized dozens of fake offer letters from her house.

“The suspects have recruited job seekers from across all levels of education and academic disciplines including graduates in Mathematics, Computer Science and Microbiology among others,” DCI said.

One such victim is a woman from Kiambu county, who was defrauded over Sh800,000 with the promise that her three children would be offered jobs at the National Hospital Insurance Fund, Nairobi Metropolitan Services, and the Kenya Ports Authority.

The woman was also offered appointment letters inviting her children to the said institutions to take up positions that had allegedly fallen vacant.

“However, she became jittery on the authenticity of the appointments when the suspect called twice to postpone the reporting dates, citing COVID 19 restrictions. This prompted her to report the matter to detectives,” DCI added.

In January this year, the suspects allegedly recruited over 60 job seekers who were offered forged letters of appointment inviting them to join the Kenya Airports Authority (KAA).

Each of the victims was asked to part with huge amounts of money ranging from Sh300,000 to Sh400,000 depending on one’s level of education.

They were later driven to Jomo Kenyatta International Airport, ostensibly to familiarize themselves with their supposed new work environment.

At JKIA, they were addressed by a suspect who posed as the Human Resource Manager and later taken to a high-end facility overlooking the Nairobi National Park, where they were treated to a sumptuous meal.

“Afterwards, they were asked to go home and report on March 18th. That was the last time the victims heard from the phony thugs,” DCI noted.

Investigations revealed that the Nyamohanga works in cahoots with fellow prison warders, who lure desperate job seekers into the trap, obtain money from them, and remit the same to her. One of the warders allegedly collected Sh19 million while another, who is a driver collected over Sh5.7 Million.

Detectives have also widened their scope of investigations to establish the suspect’s link to money laundering after counterfeit US dollars amounting to Sh2.4 million were recovered from her house, at Industrial Area G.K Prison staff quarters.

Two suspects have since been arrested, with the DCI inviting Kenyans who submitted their documents to the fraudsters to present themselves at the DCI headquarters Serious Crimes Unit and file reports.

Kenya is a true HUSTLER'S nation.
Corruption at all levels.
From UHURU all the way down.

Lock her up for life! She deserves to be in jail.

Waa honesty ilipita Some +254...given tour at JKIA treated with some presentation and meals..then told to report march who can suspect that..only the smartest...Ili iwe funzo kwa wengine funga mmoja 50 years behind the bar.

Hustler nation at play...wondering how would it be like when their king lootall takes the country's leadership

The hustler attitude is what DP Ruto is preaching daily but the stupid masses are not catching the grips of where Ruto is taking Kenya! Ruto is telling the youth that stealing is perfectly fine because he became rich through stealing!

Ruto is the biggest hustler thief and he wants to turn Kenya into a jungle of thieves to commoflauge his stealing. Ruto wants more thieves in Kenya! Ruto does not believe in Kenyans working hard to build the country!

We must all refuse the Ruto hustler narrative and if possible run Ruto out of Kenya to go live in somalia!

How does Ruto com in here?

That's a lot of money 💰💰💰... where is it kept after being received by the mikoras? In a bank account? Or is it paid towards some major assets? Or is transfered to accounts overseas?

It is in all those places you have mentioned! Some of it is buried in some unknown places! The best thing is to jail her for life and make sure her outside communications are cut!

MWAKILISHI give me Afandi Nyamohanga’s contacts.She is the type to marry after bribing her way out of these “simple” cases.All the people she conned(large amounts) might also have stolen the money.She might have been taught conning skills by former prison warden turned muuaji Moi’s personal secretary,jambazi Kulei.The guy conned killer Moi1/3 of whatever he looted or grabbed.

surely kenyans...wacha mkulwe pesa mskie..instead of using that money to build a kasmall pig sty and get one male two females pigs na in a few years unaomoka you instead pay to get a job nkt..

Hahaha again!. I have said it,and I will repeat it," what is going on with our women?"Hardly amonth passes without a story on this forum about a woman swindling someone. 30 years ago this was a preserve of men. Have men been emasculated?
Now if baba na mama are all into crimes,surely the kids shall follow. No wonder lawlessness in Kenya have reached an alarming level.Is this the country we want?
Elections are around the corner, lets hear what solutions candidates will throw around...or should I say lies.

@maxiley, my man! Now women are into everything good or bad! The bad of what Kenyan women are doing is now out performing the good! There is no day that goes by without a woman taking the negative headline! They have perfected the art of stealing and conning men!

These crazy women have been taught the art of stealing and conwomenship by their boyfriend The DP Ruto! Ruto is getting a lot help from Faith Gitau and Susan kihika to enlist the next grown of women hustlers to terrorize Kenyans!

There goes the whole country being lit 🔥 on fire by the wrong hustler’s fire as women copy the bad behavior of the poster boy of bad behavior, Ruto himself!

Hold on tight guys, we are seeing some unprecedented hustler times! Now Kenyan women are in to sell our country as DP Ruto leads the conmanship ways!

@ Vega, while the ink on writing this one hasnt dried even, another Kenyan women cut her young son to fake some sickness so what well wisher could send her money to help treat the kid.Certainly a devilish scam. At this rate, it wont take long before our women are at par with our notorious male thieves.
Again I ask what is happening with our women?Now if papa na mama head to jail who will bring up our kids?We dont have enough streets to acommodate any more street kids.Unless we are going to also use those in leafy areas.
Something has to be done. I dont now what.That's why Iam calling upon our social scientists.Our women are not even listening to men of the cloth,and who can blame them with the sinful examples we see from pastors...

Ignorance has and will never be a remedy.
Why are we so blind to the facts?