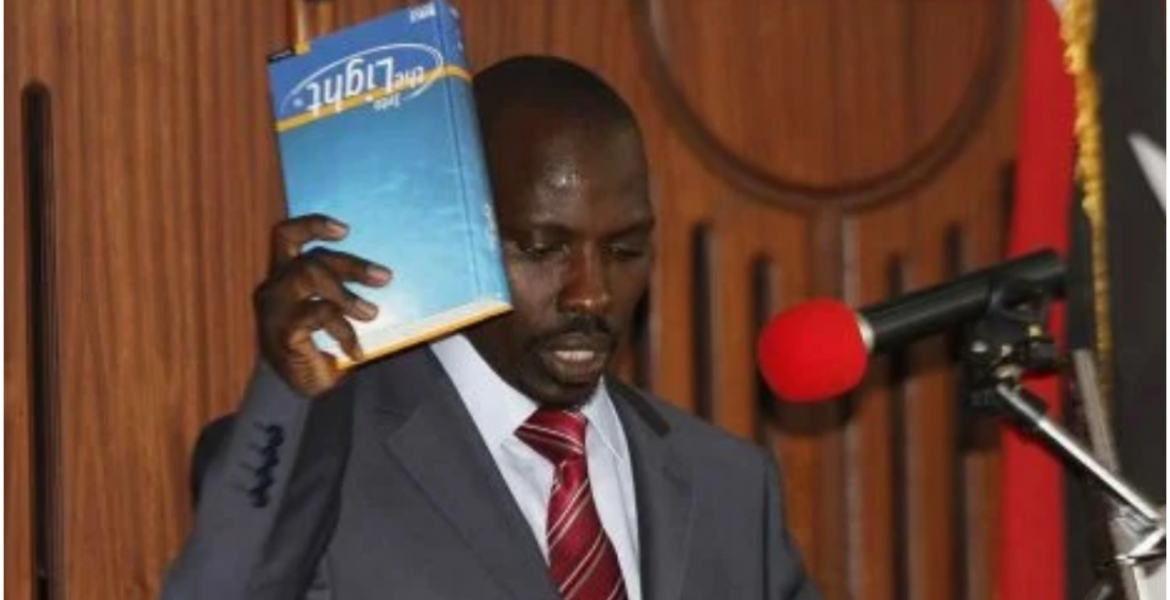 A Nairobi Member of County Assembly (MCA) has been handed a three-year prison sentence after he was found guilty of demanding and receiving a bribe of Sh1.7 million.

In his ruling on Thursday, Milimani Chief Magistrate Thomas Nzioki slapped Mberia with a fine of Sh700,000 in lieu of the jail term.

The court further barred the MCA from holding public office or accessing his office.

“The accused is barred from holding public office and accessing his office. This order is directed to be transferred to speaker county Assembly for the record,” the magistrate ruled.

MCA Mberia was accused of receiving the money from a private school to influence a decision involving a land dispute.

The court heard that he demanded a bribe from the owners of Kiragu Waichahi School, located in Pumwani Ward of Kamukunji Constituency.

So he took bribes in the amount of 1.7 M & court slapped him with a fine of 0.7 M in lieu of jail term hence the culprit remains with a profit of 1 M & no jail term? 👎

How come the prosecutor did not charge Mberia,Okonde and Mwangi and other 2600 MCAs with receiving a shs 2m.car loan bribery from jambazi Uhuru and muuaji Raila in exchange of passing the Raila’s expensive BBI amendments?Why does Haji,Kinoti and Nzioki remain silent of this open bribery?MPs and senators will receive shs 7m.each.Here in US,Virginia governor,Macdonell and his wife were each jailed for 2 years for receiving a loan from a VA government supplier.

Are you saying this dude gets to keep shillings one million and he is not even going to jail? And where the hell are the other eaters: Waititu, Ojaamong, Obador, Waiguru, Evans Kidero, Kabogo, Henry Rotich, Kamau Thugge, Philomena Mwilu, Ruto, Weta, Muda, etc. Hey! go to Linda Katiba website and register to stop BBI - they have stolen enough and they should leave our constitution alone.

How much did the judge get paid for this sweet deal?

Yeap, if there is justice in Kenya, the judge should be investigated.
Where is that moral police,Mr Mutua? He likes wasting time on trivial matters such as dressing,and music. Let him call our this corrupt outcome.

And what Happened or Happens to those who Stole BILLIONS and Continue to steal 2 Billions everyday? Nothing! Hata!! Nada!!! Ohunkohun!!!! Onueghi ihe!!!!!

This is a mockery of the JUDICIAL system.
But someone stealing underwears gets 3 years??
REVOLUTION brothers and sisters.
Let's get rid of this mess.

You steal a loaf of bread to feed your hungry kids and the same judge will jail you for 5 years. Why wouldn’t the same judge ask you to at least bring back loaf and go scott free as this mca?