I Worked as a Stripper and Prostitute in the US, Deported Kenyan Singer Mary Atis Says 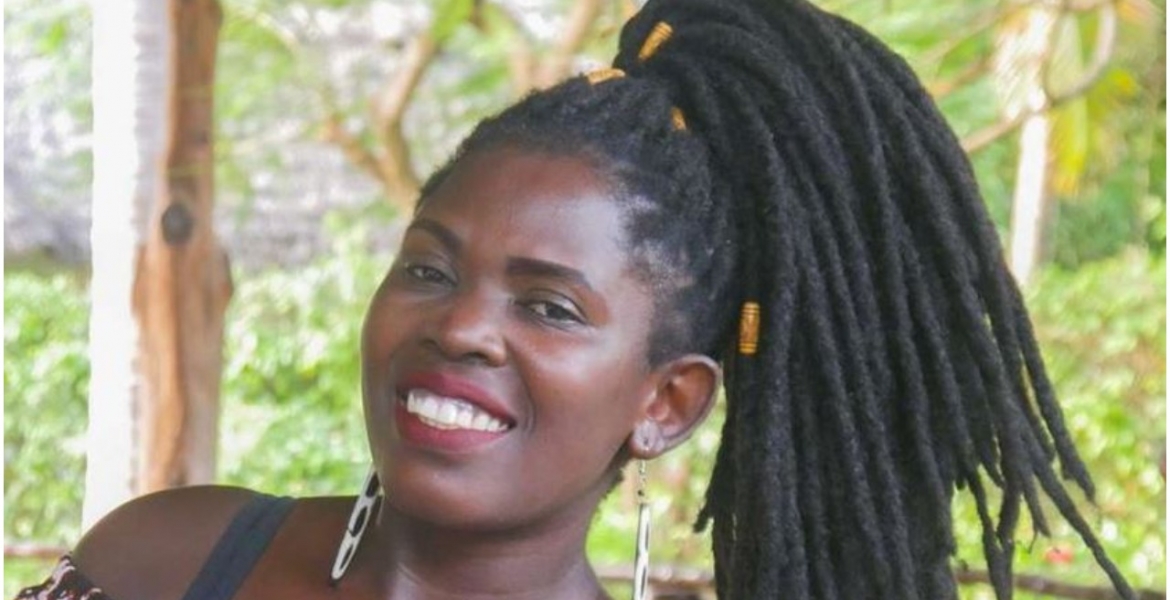 Kenyan singer Mercy Atis has shared more details about her miserable experience in the US before she was eventually deported in 2014.

Atis came into the limelight in October last year after her debut song “I Don’t Wanna Know” went viral on social media.

In her latest interview, she says she was in a desperate situation that led her into prostitution in the US.

Atis moved to the US in 2005 to further her studies but she dropped out due to the inability to raise tuition fees. “In America, the tuition fee of a non-American student is triple that of a normal citizen. On my part I couldn’t afford it so I ended up dropping out of school,” she notes.

Atis managed to secure a job at a nursing home but after working for some time, she lost the job and became homeless. The situation pushed her to agree to work as a stripper after learning that it was paying well.

“I met this guy who told me that I could make up to Sh40,000 ($400) per day through stripping in clubs in New Jersey. I was determined to make more cash so I gave in to his demands,” she added.

While working as a stripper, Atis met another man who introduced her to high-end prostitution in Las Vegas, where she would earn three times more.

Atis later fell out with her boss after she failed to return with $5,000 from one of her clients, with the employer attempting to rape her.

“The client was supposed to pay me $5000 per shot which I was unable to accomplish the task on day one. When I went back home this guy abused me to the point, he wanted to rape me. At this point I was decided to sneak out and go back to California,” she adds.

In her previous interviews, Atis said she was raped many times and taken to jail after she was falsely accused of arson, and later deported to Kenya.

“I returned aboard a military plane from California, the USA to Kenya dressed in a hospital gown. I was accompanied by eight people including a doctor and a therapist... There were no signs that coming back, a deportee, will make my life better as I had no money or assets to my name. However, on my way home, I have one resolve—to make it as a musician,” Atis told Nation last year.

Wow not many would call that small change.All I can say is that,she is one of many Kenyans who fall by the way side when side tracked from what brought them in USA.
One could also argue that she is lucky.Better get deported than reside permanently six feet underground.
As for that $5,000 ashort,wonder how long the shot lasted. If lasts aminute,that's $5000 aminute.That would tempt alot of women who earn 7.25 an hour to change careers.
I can imagine prostitutes in Kenya who might pride themselves on having more wares and looks on display that this lady, reading this story,and begging their creater to ship them to Vergas.

@ GG, that's what came to my mind at first. I did not think that it was the"sexual shot",but a photo shoot.But she said a shot.

She is a damn liar @maxiley! We all know what kind of call girls make $5000.00 a pop! Any man who would pay this chic more than $50 would be stretching! She got to have some looks to get paid!!!

You come to 🇺🇸 and become a prostitute?? Ehh yu r crazy

I saw her YouTube interview and it was interesting. She’s very personable and seems very friendly, almost naive to some degree. I’m sure she’s wisen up but after watching her interview I can see how she could’ve been taken advantage of.

@kk she is super naive. One to be taken advantage off easily.

Sex trafficking is real. The trafficked are hidden in plain sight.

I love this gal her energy & her everything,I just love her

Well, then marry her if you love her that much!! We are more than willing to let you have her!!

She had so many chances to get things right. God kept sending angels her way in form of humans. Being a stripper in 2 years from village sounds unreal