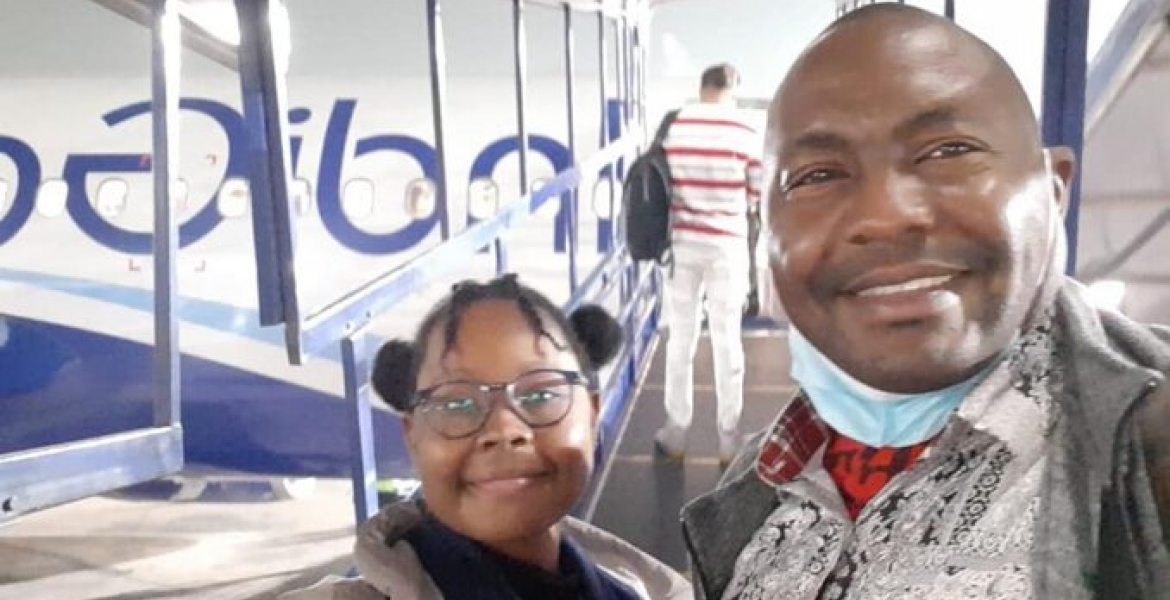 A Kenyan family from Mombasa has finally returned to the country after being stuck in India for over one and a half years over a huge medical bill.

Walter Njoroge and his 15-year-old daughter Fiona Wanjiku landed at Jomo Kenyatta International Airport (JKIA) on Wednesday morning where they reunited with family and friends.

The two traveled to India in April 2019 to seek medical treatment after Fiona, who was a Form One student at the time, developed a kidney problem.

The teenager underwent surgery and the family was slapped with a hospital bill amounting to Sh11 million.

Njoroge’s medical cover catered for most of the bill but the family struggled to raise the balance of Sh3.2 million.

Last month, the family sent an appeal to the government and well-wishers to help them raise the amount so they would go back home.

“We have overstayed in India and now we are overwhelmed financially. We have expenses of covering for new tickets because the initial ones expired and we also have daily expenses,” Njoroge told Citizen TV last month.

With the help of Kenyans, they managed to raise the money and settle the unpaid bill as well as buy flight tickets.

This was Fiona’s second kidney transplant after the first, which was done in 2011 when she was seven years old failed in 2018.

Overwhelmed by her daughter’s illness, Njoroge’s wife Beatrice Matu suffered a heart attack and passed away just two months before they flew to India.

Njoroge, who is originally from Murang’a county, left his son with friends so he could travel to India.

Their house in Mombasa was locked by the landlord over failure to pay rent.

Humanity at it's best.

“ Overwhelmed by her daughter’s illness, Njoroge’s wife Beatrice Matu suffered a heart attack and passed away just two months before they flew to India.” - Was there a doctor’s report asserting that as the cause of the mother’s death? That is an assumption made by the writer. Maybe she had an underlying medical condition. Be serious. This platform will see a decline in serious readers.

Larry have you ever had a sick child? Please do not question issues that you have no clue on, further more you are not a woman, stay in your lane if you cannot support the family.
Wacha papara nyingi!!!