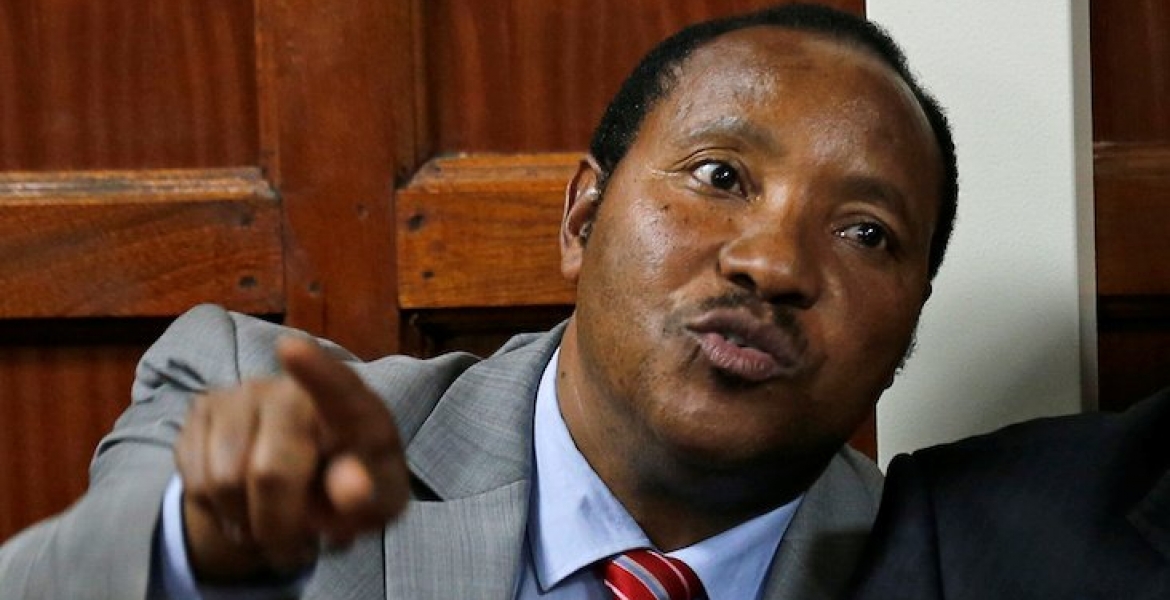 Waititu lost the governor’s seat in January this year after the Senate upheld Kiambu MCAs’ decision to impeach him on the grounds of gross misconduct, abuse of office, and violation of the Constitution.

His ouster came after he was arrested and charged over the alleged embezzlement of funds amounting to Sh588 million from Kiambu county government coffers.

Waititu, who has stayed away from the public limelight since his impeachment, says he will vie for the Kiambu governor’s seat in the next elections.

“I am hopeful that I will serve Kiambu residents once again because I believe that my removal from office was politically instigated,” he said during an interview with Kameme FM.

He alleged that Deputy Governor James Nyoro and Kiambu County Assembly Speaker Stephen Ndichu were behind his impeachment.

Waititu says he regrets picking Nyoro as the deputy governor, terming it the biggest political blunder he ever made. Nyoro was sworn-in as the new Kiambu governor following Waititu’s impeachment.

“I know the biggest mistake I ever did in my entire political career was to pick Nyoro as my deputy. Instead of helping me, he came to light my fire. I remember I signed his papers for him to be running mate,” Waititu said.

During the interview, Waititu called for a review of the Building Bridges Initiative (BBI) report to protect governors from being impeached arbitrarily.

He also confirmed he was admitted at the Aga Khan Hospital for several days after testing positive for Covid-19.

This guy should not be allowed to run for public office again. He should be banned for life. He didn’t even do any jail time for the embezzlement. Get a regular job like everyone else. Unfortunately, for these type of individuals they can’t function in a non-power position.

He is finding a way to protect himself while he steals what he left behind when he got fired in January 2020. The Devil is a true liar if the people of kiambu would vote for Waititu in 2022. I agree with you that he should be barred for life never to hold any public office! The guy is a damn thief!

This should not even be news. Waititu should already be in jail! I hope the people of Kiambu have learnt with this thief!!

Waititu would have been fire with Nyoro or without Nyoro! How does this criminal justify stealing millions of shillings? Stupidity is a very bad thing!! Stop blaming Nyoro for your dishonesty! You are a criminal and the whole world still remembers your theft!

It is in the blood of kikuyus to steal; just like the kalenjin! Although wakale are worse thieves! They steal everything until the cow which produces milk is dead.

You will be very surprised to see a thieving Waititu elected as a governor of kiambu again! The people of kiambu don’t care that Waititu stole public money. They only care that he got caught and tarnished their name!

DP Ruto told him to run again! What is better than having a county governor who is a known thief working with the most corrupt DP on the face of the earth! Kenya kunashinda!!

Kenya needs to get ride of the county governors, over half of the MPs, and fire all the MCA! The public are tired of having to pay some useless politicians!

Surely Waititu still got a mouth to shamelessly talk nonsense! Put this idiotic thief in Kamiti and throw away the keys! Very sickening!!

@waititu, Nyoro “lit your damn fire” in the interest of saving public funds! Go to hell and steal there with the Lucifer himself! You are very childish Waititu!

Waititu - You need to talked with your eyes closed to hide the shame of who are as a man of no integrity and honor! A thief per see!!! Shame on you!

It is quite shameful for Waititu to start talking about 2022 politics while he has not yet paid back the money he stole from the poor ordinary people!

The people of kiambu should run him out of county should he appear there to talk nonsense; literally escort him out of town!

All waititu need to do is to buy some beer and give some cash out and bum he is automatically re-elected. That's how we do in kikuyu land unless you are from kangema where it didn't work for jj kamotho since kangema people are not easily bought but checks out the candidate's qualities. They produced one Kenya will remember for generations to come namely John Michuki who was re-elected several times even without buying beer/bribing anyone and in different political parties not to mention kanu. Hopefully they can raise another Michuki since he's still missed.

Ok, but you got two idiots - ndindi Nyoro and Alice Wahome making a mockery of Muranga following the the most corrupt DP William Ruto like puppies! What are you gonna do about these two thieves to rescue the good name of Muranga county?

Did you not raise Kigano? You elected him well knowing he could never fill the huge shoes left by the late honorable Michuki! All Kenyans lost when Michuki died! No one can rattle the “snake” like Michuki did!

Shs 588 million embezzled by one person named Waititu is damn too much to allow this fool to run a dog kennel! A huge man acting like a kid without brains! Lock him up and have him return our money back! Shitty petty thief!

This guy have no shame saying he was removed out of office through political instigation. You stole huge sums of money, shs 600 million, and you have no shame blaming others for your corruption appetite?

So you want to bring back your wife and kids to finish up the little money you left behind?

Go work for your protege, the DP Ruto, who taught the pure art of stealing. You can go feed his damn chicken with Oscar sudi, Susan Kihika and senator Murkomen.

You must be a huge idiot @waititu to think kiambu residents will vote for you in 2022.

Don’t be silly fool! We have had enough of your corruption and nonsense! You should be in jail as we speak!

You have no remorse Waititu! You are now acting like the DP Ruto himself with his crooked hustler one wheeled lorries (wheelbarrows). Kenyan politics do not belong to thieves like you! Get yourself a job or go throw stones!

Why does every thief in Kenya go hide in politics? Who allows this mess to happen? Is it the political thieves or the absent minded voters??

Here is Waititu asking to be elected in 2022, Sonko in Nairobi stole every shilling, Obado in Bonda, sudi in Kapseret, Murkomen in elgeyo marakwet, and then the worst of them all is DP Ruto in Sugoi!

Are Kenyan voters cursed, stupid or what? I’m begging for one simple answer because I know voters can do better! I’m sick and tired seeing thieves elected to public office!!

Damn, this only happens in Africa.

Wait a sec, you are a complete idiot! JJ Kamotho was not running in Kangema, but Mathioya constituency. Lots of Kenyans like to talk about things which they don't fully comprehend

Slow down the aberdares man. The problem is when you start calling people idiots. Due diligence... when kamotho said even a dog would have been elected I guess he was running in mathioya in the year 1992.