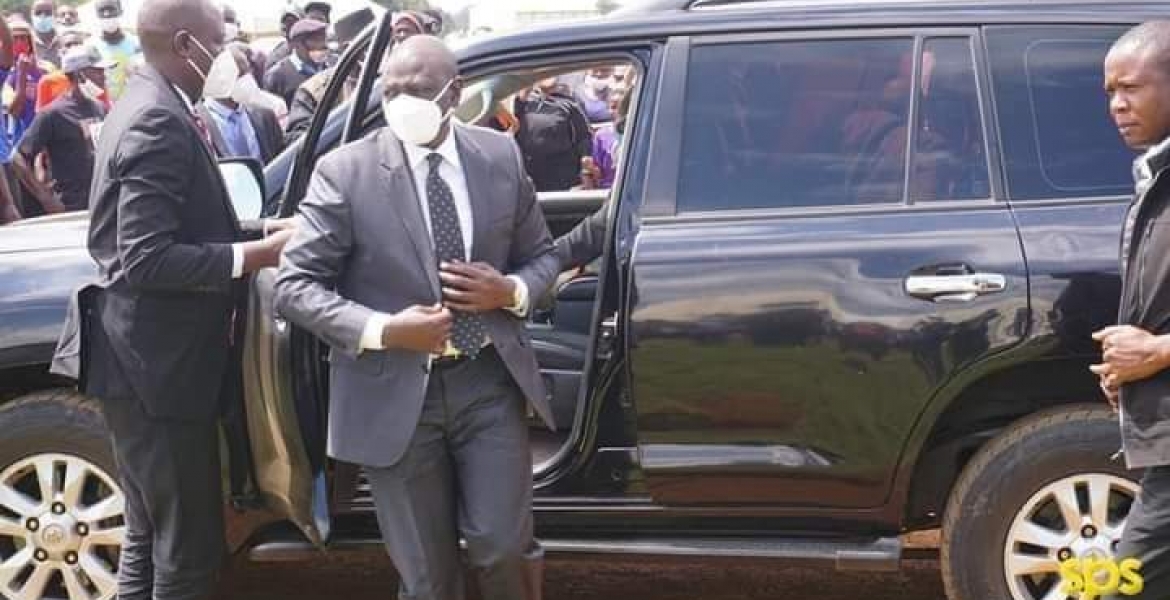 Ruto quietly jetted out of the country on Thursday in the company of former Mombasa Senator Hassan Omar and his personal assistant Farouk Kibet.

People Daily reported that Ruto’s trip to Dubai was so secretive that not even his communication director David Mugonyi and his assistant Emmanuel Talam, as well as the Presidential escort commander, could account for his whereabouts.

It was not until Ruto posted a video and photos of himself hanging out with popular Turkish chef, Nusret Gökçe alias ‘Salt Bae’ at his restaurant in Dubai that his whereabouts were known. Initial reports indicated the DP had traveled to Germany.

Abubakar was once wanted by US authorities over his involvement in grand corruption, which saw him slapped with a 12-year travel ban.

Details of what took DP Ruto to Dubai in the middle of the Covid-19 pandemic which has disrupted international travel remains unknown.

Covid or no covid, when you have money you can travel anywhere.
Hata BABA traveled not long ago.
RUTO is just LAYING ground work for how him and UHURU will manipulate the polls.
Game on...WAKENYA tuendelee kuumizwa.

For what reason(s) did DP Ruto secretly travel to Dubai without being cleared by the state?? Something is very fisher here and Ruto should be investigated because he is not trustworthy!!