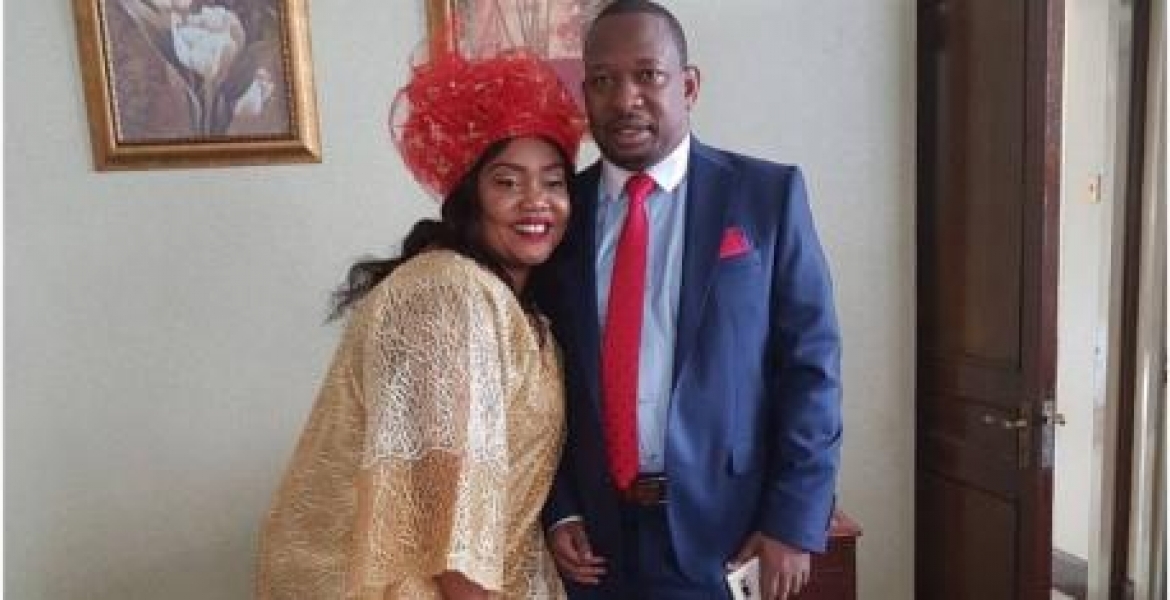 A Nairobi court on Friday issued an order barring the Ethics and Anti-Corruption Commission (EACC) from scrutinizing a property owned by Primrose Mbuvi, the wife of Nairobi Governor Mike Sonko.

The injunction was issued after Primix Enterprise Limited, a company owned by Primrose, moved to court to challenge an order obtained by EACC last month allowing it to conduct an evaluation of the property that hosts Sonko’s private office.

“The order issued on June 23rd including any further implementation or execution of the said order in the interests of justice and fairness is hereby stayed,” Magistrate Mutuku said and set an inter-party hearing date for July 16th.

In the application filed through lawyer Harrison Kinyanjui, Primrose argues that the orders issued ex-party to EACC are unlawful since no reason was given for their issuance.

Kinyanjui further avers that the orders are unlawful and unconstitutional as they arbitrarily deprive his client of the right to property and privacy.

Primrose in her affidavit says she entered into the sale agreement for the property after conducting proper due diligence.

“The transaction leading to the sale of the property subdivided from LR NO.209/6507 Matumbo Upperhill were above board and due process was followed,” court papers read.

EACC has been investigating how the property was acquired from the Kenya Railways Staff Retirement Benefits Scheme for about Sh500 million. This was after it emerged that the land was undervalued.

That is how corruption works! The court is led by thieves; they have all been bribed beginning with Maraga. Where did the woman get all that money?

Kenyans should apply mob justice on all the corrupt judges! Nothing will change unless Kenyans take the law in their hands since the judges and lawyers have already been bought to wholesale Kenyans! Only fear will make the judges act in a civil way toward the Kenyan people.

KRA where are you doing? Have taxes been paid? Seize all unexplained wealth. Uhuru what are you doing? The buck stops with you when government agencies like KRA fail.

I am alertly disturbed the CEO of Urithi a Mr. Samuel Maina and the entire Urithi Management will never be prosecuted and their properties auctioned after conning Billions from Kenyans, mostly from those in Diaspora in pretense of selling non-existence plots, houses, apartments and issuing fake ownership certificates. Please Bwana DCI, apprehend all those mentioned above. If you do this, I will say a quite special prayer for you. I am a senior Citizen and Urithi has my 6M paid in cash. Just imagine what I am going through !!!. In the mean time Bwana DCI, stay safe.

It's all drug money.

How much did Mrs Sonko had before her husband became the governor?

@kenya, she had Nothing! Quick poor people’s money have really made a few greedy folks very wealthy! But the sad thing about it is that the judge is squarely in it through brides and other favors! Kenya yetu anamalizwa na wezi!

Same song everyday. So much corruption. The government pretends that it is fighting corruption. This is nothing but a facade. Nothing doing here. The judiciary is 100 percent corrupted. It is all a game. The judges in Kenya have zero credibility. They take the bribe and the case disappear. This is going on everyday and in all dockets. It is all a game I tell you. They are not believable. It is nothing but a scheme to enrich themselves. Kenya has to be one of the most corrupt country in the world.

The Governor & Wife
This is open a mkamba Judge judging a mkamba with wife.
Jow can CJ slo ste such a a case and give judgement during the day unbelievable.
Kenyans wake up in this dangerous court headed by dangerous CJ Maraga.
CJ restart this case of Nairobi Governor