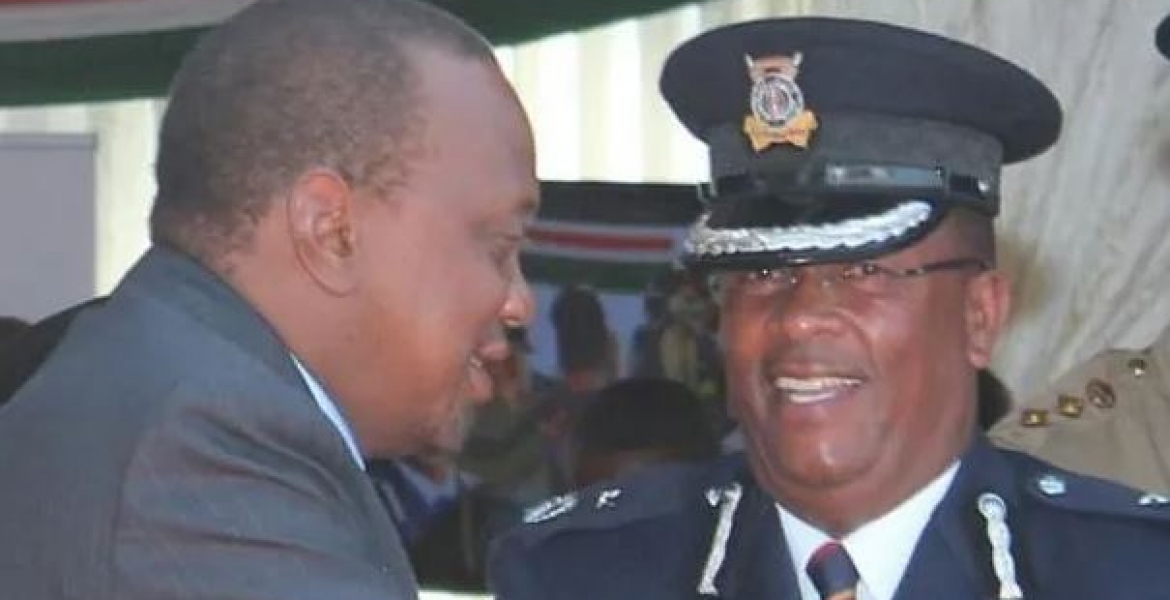 Wachira Mathenge, a former presidential escort officer has passed away.

Mathenge is said to have collapsed at his home in Chaka, Nyeri County on Friday night and was rushed to Outspan Hospital, where he was pronounced dead on arrival.

Until his death, Mathenge served as the commissioner of police in charge of staffing and logistics in Eastern Region having left State House in 2016.

The incident was reported at Narumoru police station by his wife, Jane Wanja. He is suspected to have succumbed to a heart attack but investigations are ongoing to establish the actual cause of his death.

Deputy President William Ruto through Twitter on Saturday eulogized Mathenge as a “dedicated and exceptional” officer.

“Commissioner of Police Wachira Mathenge was a dedicated and exceptional officer whose bravery in the line of duty was supreme. He was dependable, approachable, took pride in his work, and endeavored to put things right.”

“Our heartfelt condolences and sympathy to Mathenge’s family, friends, and the wider Police fraternity,” he wrote.

Is this news? How is this relevant to kenyans

why do you shit on every article however noble, take time out read a book !

@ guest # 13 above ☝️. It is news because he was relevant to the president’s safety. When you die you will not appear here because you are not relevant unless to fund raise for you .

He left statehouse in 2016,maybe it's not so important after all.