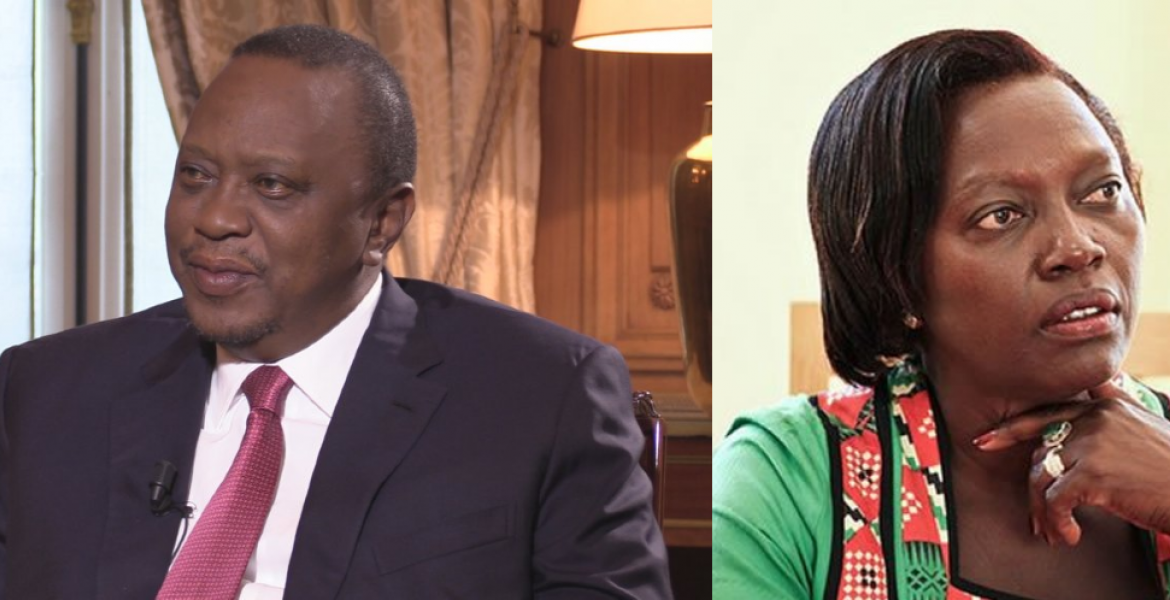 Karua raised questions over the hurry to introduce new changes to the current constitution given that it has not been fully and properly implemented.

"I am yet to be convinced that the constitution of Kenya 2010 needs any rectification,” Karua told Citizen TV in an interview.

She added: “Our feeling is, the current constitution has not been properly implemented and there has been a reluctance to implement it, what is the need therefore of making constitutional changes and continuing to disobey the law."

She further noted that the proponents of the constitutional changes must convince Kenyans that there is a need to amend the law, adding that the timing is wrong.

"When the BBI [Building Bridges Initiative] was on, I did not get any convincing reason, and the discussion that went on at the BBI was mainly a conversation by supporters of the president and of the honorable Prime Minister [Raila Odinga].”

"Contrary views were clearly not welcome so, if now the BBI team proposes constitutional changes, which I do not think are merited, the onus is on them to convince Kenyans why we should consider the changes," Karua stated.

She spoke hours after President Kenyatta in his Madaraka Day celebrations speech gave indications that the country could soon be headed for a referendum.

Kenyatta said there is a need to improve the constitution if the country is to get rid of divisive elections every five years.

"...It is not a moment to replace it but to improve it. A moment that will correct what we did not get right in 2010," Uhuru quipped.

He added: "We need one that will bring an end to cycles of violence that we have witnessed since 1992. One that will deepen our democratic credentials and lead to an inclusive society."

In an interview last week, ODM leader Raila Odinga said the quest for a referendum through the Building Bridges Initiative (BBI) was still on, adding that the vote could be held before the end of this year.

So correct Martha. The US has a constitution that is more than 200yrs. Why are we rushing to change ours? We cannot have a constitution changed on personal whims and short term benefits.

@guest13 because we vote for idiots who r like we the voters.So tutafinywa mpaka ile time tutashika akili we start voting for leaders like ekuru aokot n not tribal kings.Personally my wish is we the kenyans we continue suffering mpaka ile time we will start voting using our brains not matako.Bbi is not for u or me n we know that very well but we still the same niggas who will fight kill each other for our tribal kings to b in laws.Bbi is clearly for the dynasty's to remain in power n we have fallen for it.They r accusing ruto right n left how he cannot become prezzo juu ya scandals but ask yourself this dynasty's have stollen since 1963 n they know their time to b in pawa will come to an end 2022.We the majority kenyans we shouldn't miss this opportunity.Am not advocating for ruto.Ekuru Aokot is the man.But sisi ni Bure kabisa n as king kaka sung wanjinga nyinyi coz we will continue to make same shit mistake 2022.

Your days to be listened to ended the moment you walked out Baba Jimmy. Your voice has no one to listen to now. Nothing will change whether you support Uhuru or not! It all just confirms your instability and the lack of musimamo in national matters of importance.

Why are you wading in matters above your pay grade Martha! We don’t want to hear your opinion on significant matters as this one!

Find a job if you so desire to get one and let Uhuru be! Your days for us to listen to you are long gone!

Martha Karua is an opportunist! She is just trying to make a name for herself! We lost faith in you when you resigned from Kibaki’s administration. The days of Wangu wa Makeri are long behind us. Go fight with your equal Waiguru and leave Uhuru alone. Find something better to do OR find a man of your age and get married!

The current affairs in Kenya make one wonder whether any of our leaders care about Kenyans. They all seemed obsessed with their alliances and elections and how they could best position themselves to continue looting Kenya. What happened to the two young leaders who had so much promise despite their previous history? They have let us down big time. All Kenyans need to worry about the state of the country, especially as COVID-19 continues to rise. Whoever said those night curfews alone will reduce the spread of COVID-19 misled the government. Where are the local scientists to give sound and practical advice? Is the government listening and implementing guidelines from medical experts, or are they too busy firing, demoting their perceived enemies, and promoting allies. Please, get your act together before COVID-19 outruns Kenya. Do your politics later. What Kenyan's care about is surviving and thriving after this pandemic. We've been through a referendum, what did we achieve. These politicians haven't even finished implementing that, and they go to the next referendum to help themselves but not Kenyans. Wametuchosha! Siasa mingi haina faida. Inaharibu nchi tu.