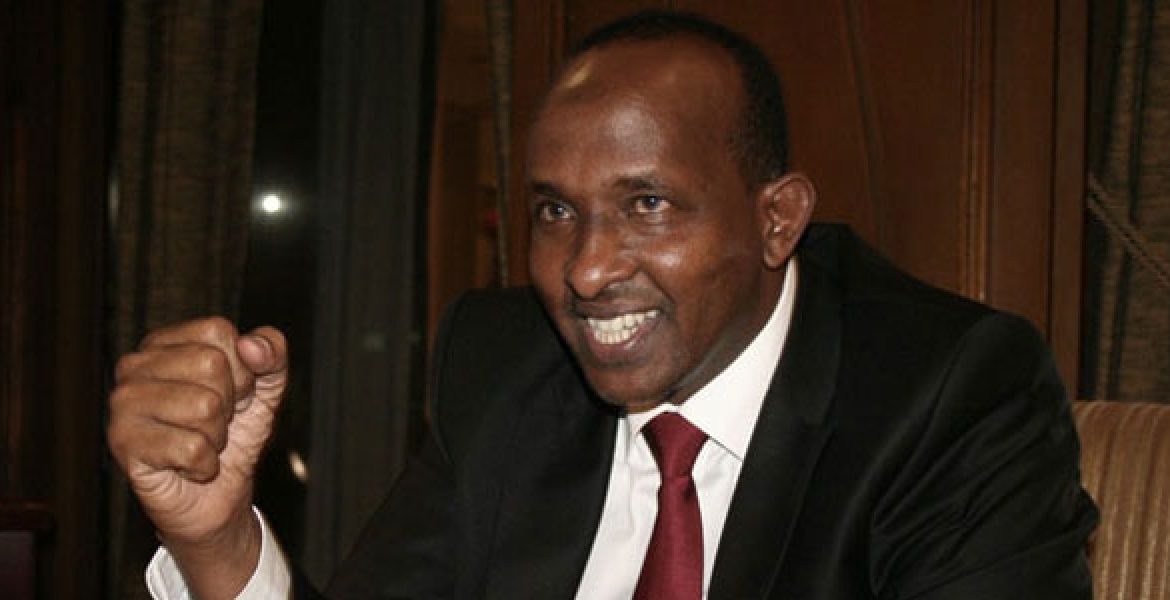 National Assembly Majority Leader Aden Duale has been spared in the ongoing purge within the Jubilee Party.

Duale, who is the MP for Garissa Township, retained his position following a parliamentary group meeting convened and chaired by President Kenyatta at State House on Tuesday.

During the meeting attended by 212 MPs, National Assembly Majority Whip Benjamin Washiali and Deputy Majority Whip Cecily Mbarire were stripped of their positions.

At the same time, Kipipiri MP Amos Kimunya was appointed to serve as the Secretary of the Jubilee Coalition Joint Parliamentary Group.

The changes in the National Assembly leadership come two weeks after a similar cleanup in the Senate, where DP Ruto allies Senators Kipchumba Murkomen (Elgeyo-Marakwet) and Susan Kihika (Nakuru) were ousted.

The two, who served as Majority Leader and Majority Whip, were replaced by Senators Samuel Poghisio (West Pokot) and Irungu Kang’ata (Murang’a) respectively.

It is the high time you get to work Duale. Surviving the axe this time around does not mean your job is safe. You know who is your boss and that is where your allegiance should be! Staying around DP Ruto will just diminish your fortunes. Begin to understand that Ruto will not be the president come 2022. The people of Garissa want to be part of the next government!

Order must prevail in the holdings of any formation for tranquility neverthless the perceived nastiness of the master.

Thanks to that influecial Haji family your behind was spared. Put a maze on that big mouth of yours and go to work.

Mr Duale - You better give Mr.Haji a whole camel for saving your scared buttocks!

The only reason you retained your job is simply because Uhuru respects Senator Haji. Not even Ruto could have saved you from Uhuru’s wrath.

So you better toe the line, stop talking too much and get to work for our country!

It is too early to start thumping your chest and folding your fist!

Quietly go to those who saved you and meekly apologize to them for compromising your job.

We expect better from you now that they have served you. Uhuru is your party boss and he will come for you if you don’t change. You know better to put the county first! Stop the art of Tanga Tanga and boot licking Ruto’s ass. Kenya is bigger than Duale!

Duale - your goose had already been cooked and on the table waiting to be served.

Those who fought to save you expect you to start working and performing visit miracles.

There is always a second time to served your cooked goose; it just requires a little warming up and the microwave oven is still readily available.

Do your damn job and respect your party leader!

You are very lucky not to have joined Murkomen, Kindiki, Kiunjuri, Echesa, Kihika, Mbarire and Washiali in the cold!

They misused the powerful positions they held and now they are as good as dead. Uhuru’s knife is still sharp and it will not stop falling on you should you not do your job.

Wow, you are one Lucy bustard!!

Duale: You can keeping on clenching your fist all you want, but at the end of he day you have those who saved you to thank!!