Kenyan Soldiers, Policeman Rushed to Hospital in Critical Condition After Shooting Each Other in Mistaken Identity Case 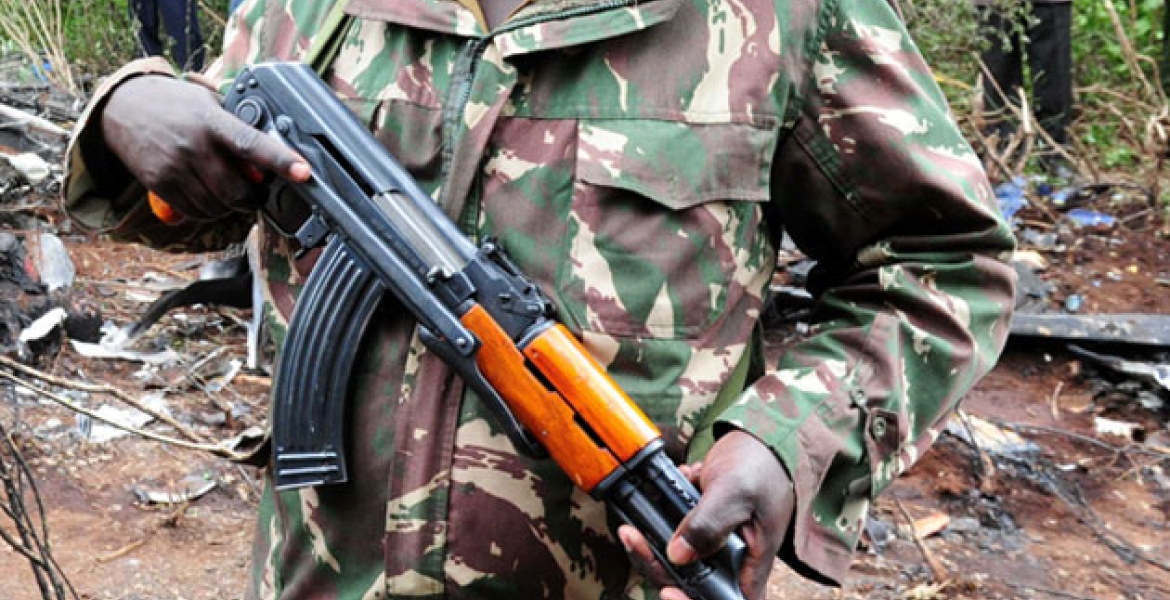 Two Kenya Defense Forces (KDF) soldiers and a police officer have been admitted to hospital with gunshot wounds after they shot each other in a case of mistaken identity.

The incident happened in Bura, Garissa County on Wednesday, May 27th after the three mistook each other for terrorists.

The two military officers were on patrol in the area when they spotted Constable Emmanuel Ngao and challenged him to surrender but he immediately opened fire after mistaking them for al-Shabaab militants.

As a result, he shot and seriously injured the two army officers identified as David Mbugua and Jeremy Malusi. The two also fired back at Constable Ngao, leaving him with serious gunshot wounds.

Constable Ngao had reportedly left a lady friend’s house in the town when he encountered the army officers at 2.15 am.

While confirming the incident, Garissa Police Commander Alfred Angengo said investigations have been launched to establish exactly what happened.