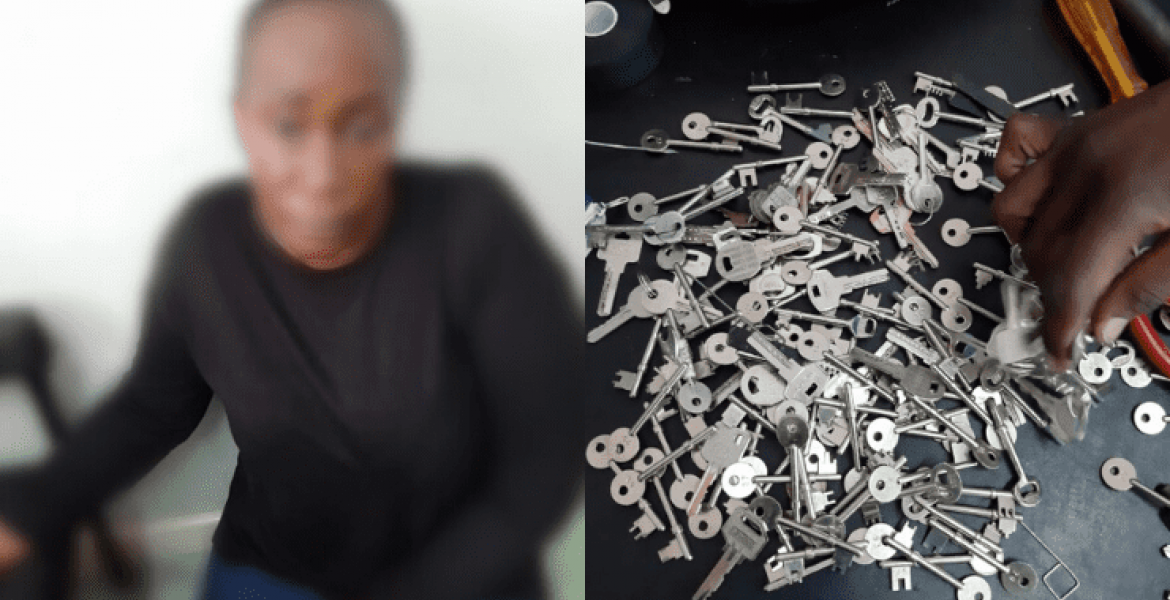 Police in Nairobi are holding a 39-year-old Kenyan woman described as a notorious robbery with violence suspect.

The suspect; Elizabeth Akinyi was arrested by detectives from the Directorate of Criminal Investigations (DCI) in Nairobi CBD on Saturday.

The DCI said Akinyi was nabbed near Nyayo Stadium while attempting to escape on foot after police intercepted a vehicle she was using alongside two men. The three abandoned the car and fled towards different directions with police managing to arrest Ms. Akinyi while the two men escaped.

Police said Akinyi is the leader of a robbery with violence gang that has been terrorizing residents of Gigiri and Kilimani areas.

She has a pending court case in which she is charged with robbery with violence together with five other suspects.

The six were arrested in May 2019 and were arraigned in Kajiado Law Courts where they were denied bond for being habitual offenders. They were later released on Sh200,000 bond each after they appealed the lower court’s decision at the High Court.

At least they know where to rob..Gigiri et al

One wonders how Akinyi has survived getting gunned down in Gigiri! They got very heavy weaponry stuff out there!

Not Wacuka, not Muthoni but Akinyi. Just the mention of Akinyi makes my spine quiver in fear. There is a new queen in town!

She may steal with violence but she doesn’t have what it takes to make your spinal chill in any sort of fear! She is just a coward walking around with a mere drawbar. Just a big mouth; and surely she may have a very big mouth; that’s it!

Hang or shot the idiot immediately that's the justice she deserves coz probably she has killed innocent kenyans during this robberies.