Deputy President Ruto Has Been Reduced to a Figurehead, Senator Murkomen Laments 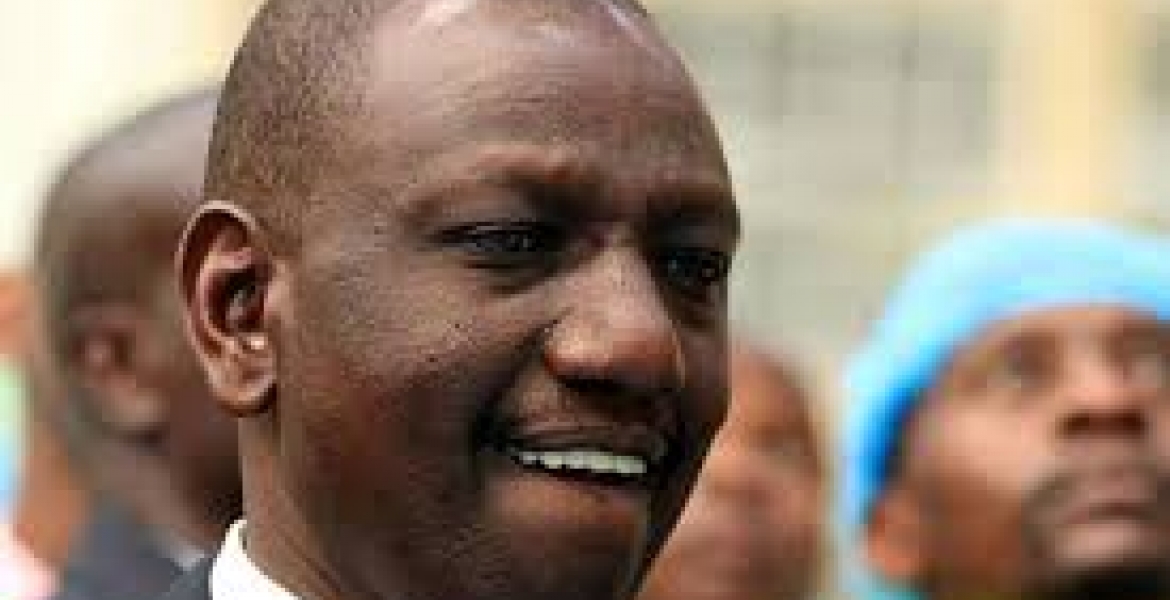 Murkomen, a close confidante of Ruto, told reporters on Tuesday that the Deputy President had been stripped off his government duties and was being asked to stay home.

“The treatment he has been accorded is wanting,” said Murkomen, adding that he was being reduced to a DP without portfolio.

“Even former vice presidents had clear roles delegated to them just like the DP was during the first term when he chaired most of the meetings dealing with electricity, roads, youth, education and always reported to the President.”

Murkomen, who is also the Senator of Elgeyo-Marakwet County, further alleged that DP Ruto was being mistreated and undermined by some powerful State officials.

“Isn’t it curious that DP has been deprived of his roles? He is almost directly being told to sit at home, yet he was elected?” he posed.

“The DP has been a victim of hate and disobedience by junior civil servants. The question we are asking is where is the president as his deputy is being harassed? We need the president to speak up on this matter. The safety and security of the DP must be guaranteed,” he added.

Murkomen however stated that though all State machinations have been mobilized to bring Deputy President Ruto down, he will remain firm and is well equipped to confront his tormentors.

Over the weekend, a visibly irritated Ruto spoke about the tribulations he and his allies have been subjected to even as he threatened to name those who have been threatening them.

"I am the Deputy President of the Republic of Kenya, elected by the people of Kenya. And I have no apologies to make to anybody. I want to tell those public officers using those offices that soon, very soon, we will call them out. They must stop the nonsense they are engaged in making telephone calls to leaders, blackmailing people left, right and center," Ruto asserted.

Uhuru Kenyatta Must go too.

@guest are suggesting uhuru go and Ruto take over? I know you hate uhuru and his tribe but definitely doesn't need Ruto

Why does Ruto keep on remainding us he is the deputy president of the Republic of Kenya? He sounds like a little boy whose toy has been taken away by the neighborhood kids.

He also keep threatening to name some strange people. Well, we saw how it all went after he said certain cabinet secretaries were planing to kill him. Naming others will simply make him look like a whining kid.

The best left option for Ruto is to resign from the DP post.

Murkomen should stop crying foul. Ruto made himself that way.

Murkomen has turned out to be the worst politician in the history of Kenya. He is a total shame to those who elected him. May be he needs to married to Ruto!

Ruto will survive. Other politicians are runnig scared because they know the Kikuyu and Kalenjin communities are behind him 100%. The reason they are fighting him to death because they are worried he will be the next PRESIDENT.

The first time Murkomen is emerging from hiding since Ruto’s guard, Kenei was murdered! Next to emerge will be Oscar Sudi, then Kiaroho, Wahome and Didi Nyoro! Kuria has already offered his support to the DP. That is ho they all roll!

If I were you I won’t bother calling myself Rono when am actually Omondi. Let’s not hide away from our good names.

Our good names have been tarnished by guys like you supporting a killer of Kenei, one of ours with a good name.

So stop lecturing Rono for his boldness to tell the truth. It is time to start calling out those among us who are spoiling our good names by killing our own, and others.

Evil remains to be evil regardless of the name that commits it. You can’t sanction killing of a Kenei and then tell us to line up behind your murderous soul. Have you no shame @asista?

Reread what I just commented on. Has nothing to do with any killing or any bad name. I knew a couple of you won’t get it in the same way you’ll are not getting your own stories.

Whose good name are you trying to protect? Murkomen, Sudi or DP Ruto? You should have avoided inflicting pain on Kenei’s family by murdering Kenei.

Those names you are attempting to protect by referring to them as “good names” have been tainted for a long time.

The roosters have just come home to roost after a string of murders have been pushed under the carpet- Juma, Yebei, Musando, etc.

Kenei’s murder have caused the center not to hold any longer and things are falling apart!

The truth shall come out and those of you who fail to be guided by own thinking ( assuming they have any) will get a surprise of their life.

These are new times. What was done previously to a accomplish certain results, will bring opposite results this time around. Force and violence will not work. The transition cannot be stopped. Transition from the time of the sword to one of spirituality. Let's keep watching the drama. This time the choice of the next leader of Kenya will be determined by the voice of the people which will be the voice of God. Let the best man win!!!

Kalenjins and rogue Okuyos cannot rule Kenya.They need the other tribes.Tables have turned but Arap mashamba brought it on himself.He started behaving like he was the president and started campaigning not to forget all the other ills he is accused of.Those politicians pretending to defend him know that their time is gone if he does not make it and it looks like he will never ascend to that seat which is a good thing .There are 41 other tribes waiting no time for seconds.By the way elections are about tribes much as we all like to deny.

@guest - there are 42 other tribes, Indians included!

The corrupt politicians are the ones supporting Ruto. And they are mischievously supporting Ruto to hide their evil deeds. Every politician who sings the Ruto Tanga Tanga song have had issues with corruption.