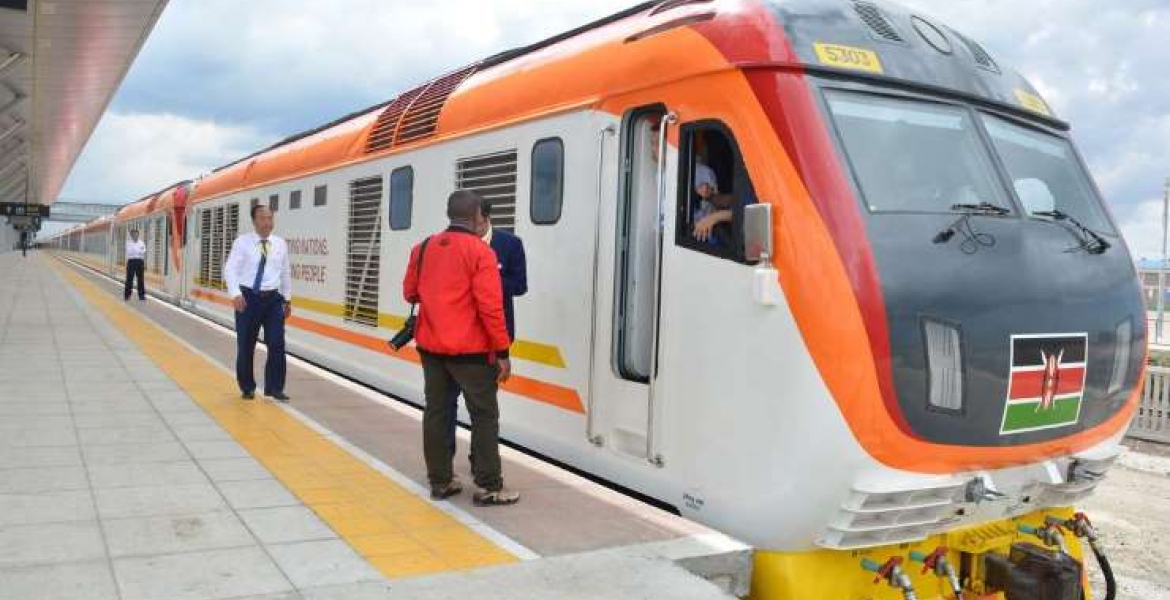 A whopping Sh1 billion was spent on planting grass along the Mombasa-Nairobi Standard Gauge Railway (SGR), according to contract documents obtained by Daily Nation.

The contracts signed between the Chinese and Kenya Railways have exposed the outrageous amount of money spent during the construction of the railway line that cost the Kenyan taxpayer over Sh300 billion, making it the most expensive project in Kenya’s history.

The project was funded by the Chinese government, adding to the country’s public debt that recently crossed the Sh6 trillion mark.

Besides the Sh1 billion spent on grass, millions of shillings were set aside for entertainment and the daily needs of Chinese nationals building the railway but Kenyan workers were left out.

For instance, the Chinese expatriates used a total of Sh239 million on entertainment during the construction of the rail line.

Additionally, the lead engineer in the SGR project was allocated Sh5 million to cater for airtime during the three-year period. This translates to more than Sh5,000 per day.

Further to this, the engineer’s office was supplied with furniture worth Sh57 million while each of his office computer was purchased at Sh280,000 and Sh513,700 was used to acquire a laserjet printer. His personal home was also furnished at a cost of Sh3 million.

Other inflated expenditures included the purchase of portable radios at Sh119,100 and digital recorders at Sh341,500 against the average local price of Sh2,000.

Sh28,800 was used to buy station loudspeakers, Sh1.14 million on video cabinets, Sh180,000 on workshop seats while Sh7.4 million was used to set up the ticketing system.

There was an electric engineer at every station and each was given a car worth Sh4.5 million, all of which were imported into the country duty-free.

Daily Nation established that most of the equipment used in the construction of the railway was imported from China, including six welding machines per station.

The SGR is presently generating Sh841 million per month against the monthly operational cost of Sh1.5 billion, meaning it is running under losses, according to Daily Nation.

Don't blame Chinese. They are doing what others in their position have always done. The British, the Indians, the Somalians, Kenyatta family, Moi family, Arabs, etc. The British used to whoop Kenyans back then, Arabs, Indians and Somalian employers still do it today, Mzee Jomo Kenyatta whooped unruly politicians at State House and now since the Chinese have joined that exclusive club and are doing it. Chinese are Kenya's current financial Masters. We can expect Raila or Ruto to pick it up from where they left in 2007 killing spree. The two are more dangerous than their counterparts because they don't whoop they kill. The fact is that Kenyans love dominant figures as witnessed in the burials of Kenyatta and Moi. Kenya is a land of Wajinga

@koni - wow, the reasoning behind the holders of the fake “dr” titles is quite amazing! This one here seems to justify whooping of ordinary Kenyans like it is his morning cup of tea!!

You would think a being with a title “dr” might be just a little bit enlightened to see the wrongs done to a people!

They all now have turned out to be the most corrupt, the murderers, the thieves, the most stupid, the dummy ones, ineptly foolish, war mongers, promoter of genocides, and what have you! Wow, Kenya is in trouble; literally!!

Heavenly Father have mercy on all of us because we are seriously doomed!! And to whom do we turn to now? Only you alone; Mighty God!!

The price of the SGR was inflated by the Jubilee government and the Chinese did not care as long as they were given their cut. I doubt the Chinese engineers were showered with all the above gadgets. Campaign money had to be acquired one way or the other.

What is wrong with that? Go ride the train and decide if it is worth. I think it is!!!!!

Go ride an electric train and then you can compare.

It’s not worth it.

Disgusting! I am speechless.....and we spending our time and energy talking about gay people in kenya? #wanjinganyinyi. Uhuru should resign period!

Nonsense Nonsense Propagandas for the guys who hates development in our country.I keep saying the black man is cursed wengi wenye wako diaspora keep paying lots of debts in those countries but ikifika ya kwao hawataki kulipa wanaongea matope.Sgr is here to stay n we love it!

@ Mkenya Halisi, so you are saying that 239 million was not spent on entertainmemt, or are you saying it was,but was well worth...?
Iam for development,and progress in Kenya,and Africa for that matter. What I detest is wastage.I will refrain from calling it a wastage,because i refuse to believe that during the planning,and the budgeting stage Kenyan representatives just sat there without raising eye brows or asking relevant questions.I would hope not.

They pay and get services but here in mother kenya we pay and they steal as the wajinga nyinyi cheerleaders mouth off about their tribes.

You say that its propaganda and anti black development yet its chinese companies doing the construction and not kenyan companies. Stop being deluded and wake up - the reality is that 39% young kenyans are unemployed
https://www.businessdailyafrica.com/economy/39pc-of-Kenya-youth-are-une…

I thought grass freely grows in plenty in the rainy equatorial region? Poor choices continue to plague the current and the future generations.

And what did the Chinese eat - noddle soup, Yakimanduu, wonton soup, or some crushed plateful of 24 karat gold from Kakamega?

There has been reports of reduction of stray dogs, cats n donkeys.

Someone needs to look at the bats population.

We are busy talking about bbi! When will the people see bbi will not solve issues like corruption, insecurity in the country, lack of necessary medical facilities and also quality education for our kids. we are busy jumping from place to place forcing fake bbi agenda down peoples throats, while we are being robbed in broad day light. We cannot even hold our government accountable for there misdeeds? who shall stand up for ordinary mwananchi?

This Daily nation story or any other story about SGR is misleading. I know our systems are corrupt but let look at the facts first.