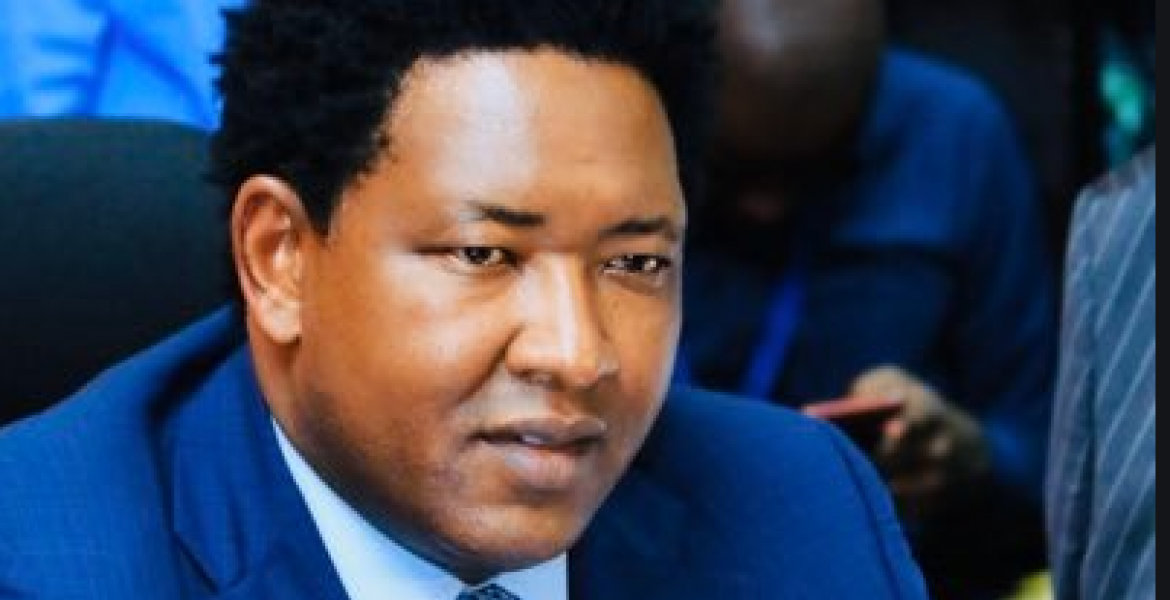 Ledama was apprehended by detectives from the Directorate of Criminal Investigations (DCI) shortly after exiting Royal Media Services studios on Dennis Pritt Road, Nairobi, where he had appeared for a show.

Ledama, who is accused of making sentiments bordering on hate speech at a Building Bridges Initiative (BBI) rally in Narok last weekend, was taken to Kilimani DCI offices for questioning.

He had earlier been summoned to DCI offices in Narok to record a statement in connection with alleged hateful utterances he made during an interview with Citizen TV on Wednesday last week.

"I Mwenda Ethaiba (SSP) - the County Criminal Investigations Officer Narok County- I am making inquiries into the alleged offense of hate speech contrary to section 13 (1) of the National Cohesion and Integration Act no. 12 of 2008,” read a letter sent to the Senator.

"In exercise of the powers conferred upon me by section 52 of the National Police Service Act of 2011, I require you [Ole Kina] to appear before me at the DCI Narok Headquarters on February 24th, 2020, at 0900hrs."

During the BBI rally, Ledama accused non-locals of invading Maasai-dominated counties such as Narok and Kajiado. He claimed they were buying land meant for agriculture before partitioning it and selling it at huge profits.

He alleged that non-locals could purchase an acre of land for Sh70,000 then sell it for a minimum of Sh350,000 after sub-dividing it.

Very toxic big mouthed Masai pretending to speak on behalf of the Maa community. He obviously intends to inherit the culture of hate, murder, human rights violations, mass exodus of non-Maasais, property theft and destruction, rape, and violence propagated by Haque-bound William Ole Ntimama. Passengers in this train of hypocrates gunning for the own own interest. Until Raila becomes president, there will be no peace whether this get-nowhere BBI wil go through. These murderous leaders knows very well that violence is their only sure way of getting what they want. Kenyans especially Luos, Maasais, Kalenjins, Pokots and Mijikendas waits for every opportunity to snap and create animosity. And they get it from their tribal Kings like Raila who thinks Ole Lendama was right. You can not sell property at the market rate and years later when the property appreciaces, demand your land back. And Maasais and Kalenjins make themselves dumb after squandering their proceeds so any leader proposing "foreigners" to return their "lands" becomes a sweet reggae for making anaother kill. Buying land is all about willing buyer, willing seller. "Iaaaa, eshomo na engai na ngatua...".

Agreed. If they are purporting to be building bridges why would they let this guy spew such hate? Kenyan land corner to corner is for all Kenyans and if there were tribal clashes today everyone would be affected.

@guest - Right about what!? Running his big mouth like some uncontrollable diarrhea!?

Reincarnation of Ole Ntimama. A warmonger.

This idiot thug Ladema Ole Kina belongs where other warlords like Kamket(Mp West Pokot)belong; JAIL
They are bloodthirsty, good for nothing assholes, wamerogwa na king of uchawi Raila! Ntimama acquired lots of lands but he is 6ft under!
King of Cattle rustler Kamket should be wasting in kamiti too!

Olendama knows elections are around the corner. And so he is seizing on the opportunity to of playing a tribal sympathizer to remain relevant for re-election. At least I thought that was the reason. And until he was arrested he came out yapping a million words not about his tribe being marginalized but about Ruto being elected president . He lost it.! After all he looked more used and confused than I had thought he had a genuine tribal concern. Non!

This guy went to school in Massachusetts!

Yes he went to school in Massachusetts where he formed an NGO supposedly to help the culturally abused Masai girls. But then all money collected went into his personal account never to meet the intended purpose. He comes up as rights champion but the record indicates otherwise. A conman!