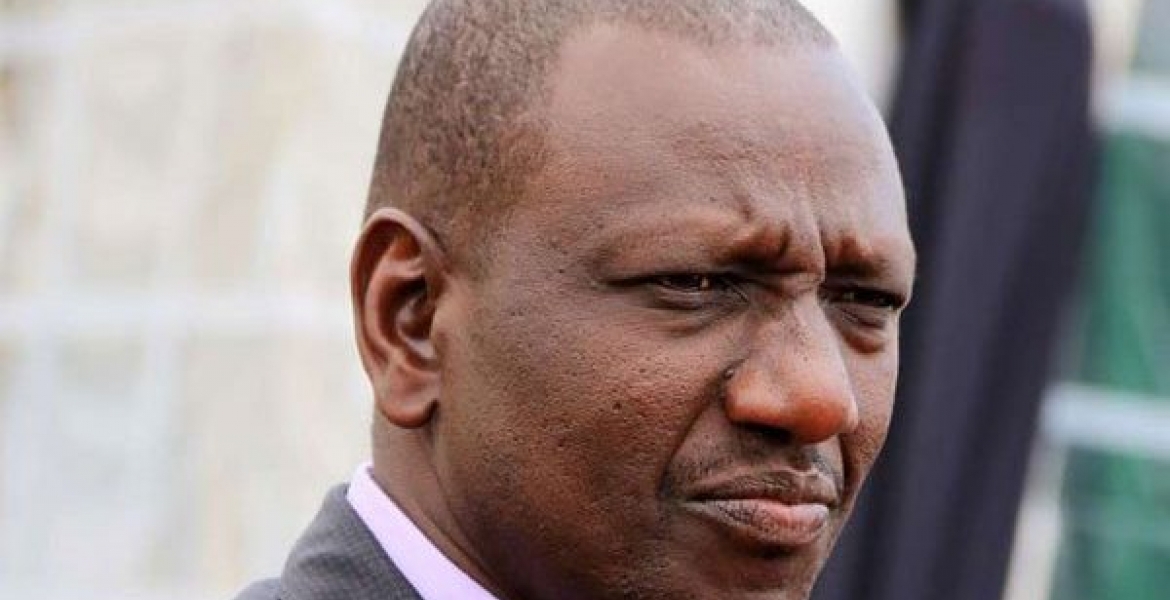 Deputy President William Ruto has once again rubbished reports linking him to the alleged Sh39 billion military equipment scam that led to the arrest of former Sports CS Rashid Echesa.

Through Twitter on Sunday morning, DP Ruto described the reports as “nonsense” sponsored in the media, adding that his office does not procure goods or services on behalf of any ministry. He went on to admit that Echesa and his accomplices used Harambee Annex, where his office is premised, to lure their victims.

“ODP [Office of the Deputy President] does not procure for any ministry/department. Question: other than 23min in Annex, for months, which government offices involved in the ‘tender’ did the scammers visit? Did they access DOD? Who facilitated? Who did they meet? Get the truth. Forget the sponsored NONSENSE in media,” tweeted DP Ruto.

On Saturday, Ruto termed media reports linking him to the fraud scheme as a smear campaign designed by his political rivals.

“The desperation of my political competitors on their choreographed smear campaign against WsR is evident even for fools (whom we have a shortage for) to see,” DP Ruto wrote on Twitter.

He added: “Just wait and see where this will end up. Washindwe! Go for the fraudsters. Leave me to serve the nation.”

Ruto was responding to an article by The Standard titled: ‘Detectives probe Ruto’s aides over Sh40b guns fraud.’

The four were arrested on Thursday at Harambee Annex by detectives from the Directorate of Criminal Investigations (DCI) and were arraigned in court on Friday. The court allowed police to detain them until Monday for investigations to be concluded.

Echesa, who posed as a powerful Kenyan politician, is said to have approached the two investors with the promise of helping them win a tender for supply of military equipment worth Sh39.5 billion to Kenya’s department of defense.

The two investors, an American and Egyptian, had reportedly paid Echesa and his team $115,000 (Sh11.5 million) as a show of commitment for the deal that was to be finalized at Harambee Annex on February 13th, 2020.

The foreigners became suspicious and reported to police after a man, who had been introduced as an Army General in a past meeting at a Nairobi hotel, appeared in a suit this time around instead of military uniform.

The two investors are said to have told detectives that Echesa had promised the deal would be signed in the presence of DP Ruto but they never met him.

They used "Harambee Annex, where his office is premised, to lure their victims."

They knew that is where such transactions can be carried out. Ask yourself why they did not go to any other building.

Stop distancing yourself from your friends aka fraudsters. You are sorrounded by them and that makes you one of them. Do not throw your buddies under the bus now that you all got caught with your pants down.

What a coincidence? The daughter is in Poland. Meeting happened in his office.

The investors paid Shs 11.5M! It's public knowledge that Kenyans are corrupt, but seems like Americans are equally corrupt. Since Kenyan courts will never get this to trial, they should hand it to FBI.

DP Ruto must come clean about the fake tender to supply military equipment and supplies! Kenyans are literally tired of Ruto’s involvement with various scams to enrich himself!

There is a special architect thief out there trying to tarnish the DP name and at same time benefit. Look at the line up of the culprits names.!

And the daughter, with NO experience is in Poland as ambassador.

There's more to this than we're being told. Ruto's associate's names hardly ever spell with an 'O' as first letter.