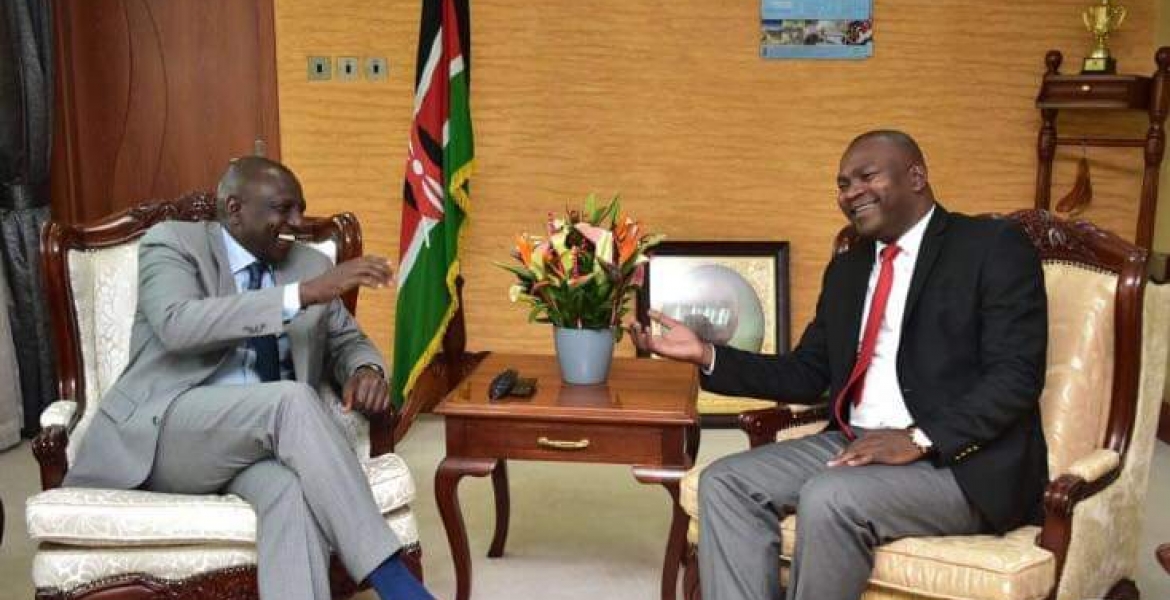 Ruto, through Twitter on Saturday, termed the reports as a smear campaign designed by his political rivals.

“The desperation of my political competitors on their choreographed smear campaign against WsR is evident even for fools (whom we have a shortage for) to see,” DP Ruto wrote.

He added: “Just wait and see where this will end up. Washindwe! Go for the fraudsters. Leave me to serve the nation.”
Ruto was responding to an article by The Standard titled: ‘Detectives probe Ruto’s aides over Sh40b guns fraud.’

The four were arrested on Thursday at Harambee Annex by detectives from the Directorate of Criminal Investigations (DCI) and were arraigned in court on Friday. The court allowed police to detain them until Monday for investigations to be concluded.

Echesa, who posed as a powerful Kenyan politician, approached the two investors with the promise of helping them win a tender for supply of military equipment worth Sh39.5 billion to Kenya’s department of defense.

The two investors, an American and Egyptian, had reportedly already paid Echesa and his team $115,000 (Sh11.5 million) as a show of commitment for the deal that was to be finalized at Harambee Annex on February 13th, 2020.

The foreigners became suspicious and reported to police after a man, who had been introduced as an Army General in a past meeting at a Nairobi hotel, appeared in a suit this time around instead of military uniform.

The two investors are said to have told detectives that Echesa had promised the deal would be signed in the presence of DP Ruto but they never met him.

Instead of All of us Confronting corruption like this, we're Wasting our time on Miguna Miguna who is yet to be Mentioned in any Corruption.

DP Ruto rubbished Arrow and Kimwerer dams theft of shs 21 billion, but later everything rested on his door steps!

Denial is a normal process in all the corrupt deals Ruto has been involved in. There is nothing different this time around.

They went there because they knew that is where such corruption can be done.