Moi to Get 19-Gun Salute, Body to be Ferried on a Gun Carriage 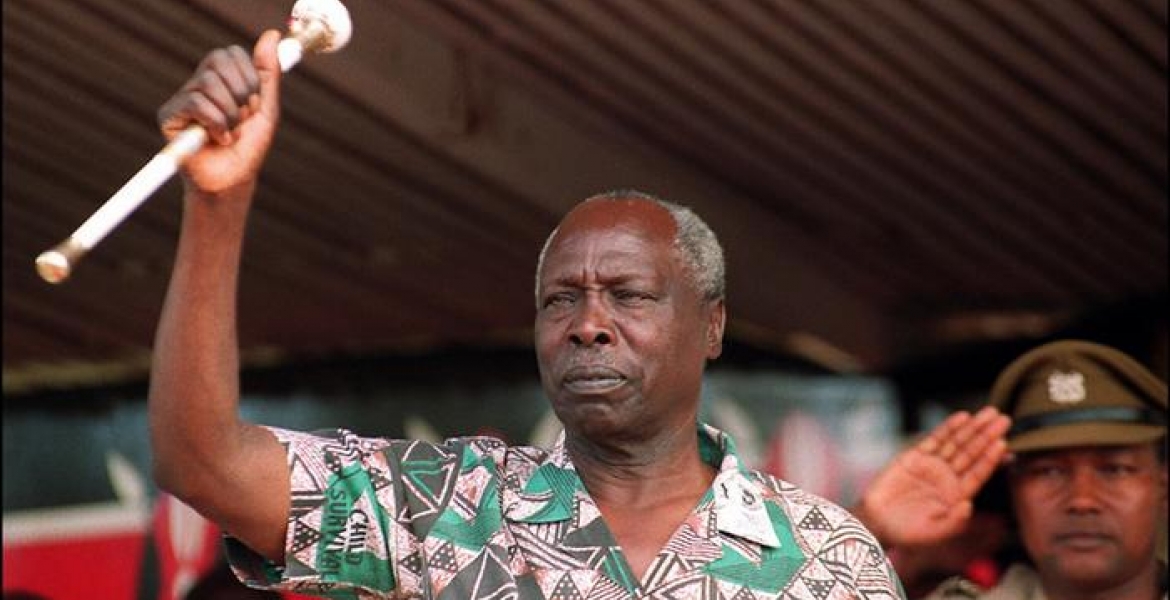 The body of the late former President Daniel Arap Moi will be transported from Lee Funeral Home to Parliament buildings on a gun carriage, the government said.

This was disclosed by the Head of Public Service Joseph Kinyua on Thursday while announcing the official program of Moi’s funeral arrangements. Kinyua, who spoke during a media briefing outside Harambee House, said Moi will be accorded full military honors including a 19-gun salute.

The ferrying of the casket on a gun carriage is a tradition that is widely used in state funerals worldwide. Gun carriages are mainly used to carry the coffins of fallen soldiers at military funerals and holders of high office with a military connection in state funerals to their final resting place.

Kinyua said the cortège will leave Lee Funeral Home on Saturday at 8:15 am and will be conveyed to Parliament buildings with the casket being draped in the national flag and escorted by the family of Moi.

His body will lie in state in Parliament for three days starting Saturday, February 8th, until Monday 10th. President Uhuru, who is currently on a tour to the United States, is expected to fly back on Friday night and lead Kenyans in viewing the body and paying their last respects.

“His excellency Uhuru Kenyatta will on Saturday lead the nation in the viewing of the body of the former president as well as the paying of last respects. The Head of State is expected to arrive at Parliament buildings at 10:15 am…” said Kinyua.

Moi, 95, succumbed to an illness on Tuesday morning at the Nairobi Hospital, where he was under the care of specialists for close to four months.

Well deserved! Hate him or not , he protected Kenya from second colonization which right now , 50% of land in Kenya is foreign owned. your liberators from Dictatorship are worse than the dictator. Shame on those who are spewing garbage here.If you care watch his documentary and listen to Koigi Wamwere - then you will understand all that nonsense you have all been peddling here was two sided.

Moi took over Kenya when it was almost at par with countries such as Malaysia, Thailand & Singapore. But he totally lacked the visionary inspiration that helped these countries escape debilitating poverty, disease & ignorance. Instead, he perfected cronyism & brutal dictatorship of his predecessor thief-in-chief senior Kenyatta. Too many innocent souls perished under his watch & he did nothing. Moi was and has been the perfect DOUBLE FACE. I grew up & matured during his reign & he’s the single, foremost reason I am today toiling & moiling in a foreign country instead of enjoying life where I truly belonged. I hated the man but I wish him well wherever he is - let him sort it out with his Maker

And I thought we got liberated during rainbow coalition . I know many people who have gone back to jamhuri and doing very well . If you can't hack it there even NOW in 2020- Moi is dead now , you could go back

Incase you missed it @formerlyguest this is what Koigi said just three days ago
https://www.nation.co.ke/news/I-wont--miss-Daniel-Moi-Koigi-Wamwere/105…
Interesting how Moi inadvertently created the now Kenyan diaspora aka economic refugees a group that is now rescuing Kenya today because our dear country would be on its knees begging like Zimbabwe.
Try telling anyone who died in the ethnic violence that Moi rescued them. From what? If your dear family was one of the beneficiaries of Moi cronyism, the agikuyu usually say "hitha nda" or hide your stomach.

My family did not benefit a thing from anyone ! Just because I will not stoop low to insult the dead and I know there are two sides to the story, don't assume my family nuclear or extended benefited from anyone for handouts . Did that Koigi benefit from Moi's help to buy shamba, he said it himself (mschew!)

He was a primary school teacher and should have remained one. He was totally unqualified to be president and it will be many years before Kenya recovers from the damage he caused if it ever does.

I totally agree with this comment. I also think that it surmarises both views given above. As Formerlyguest2 says, I would give Moi a B+ for Effort, but as MLACHAKE says, I would give him a D+ for Achievement. The heart was there, but with only Primary School Education, Moi was not equipped to lead the Country. He did the best he could, with what he had. May his soul rest in peace.

Joseph Kinyua is from Meru where people are dying of cancer everyday, a cancer billage(Riaki Village)

What has he done to help his own people? Just occupying positions without contributing to the betterment of their own communities.

Why not 21 gun salute? Curious minds want to know.

THIS GUY IS GHASIA. THIEF.