Raila is Worth Over Sh200 Billion, Claims Miguna Miguna 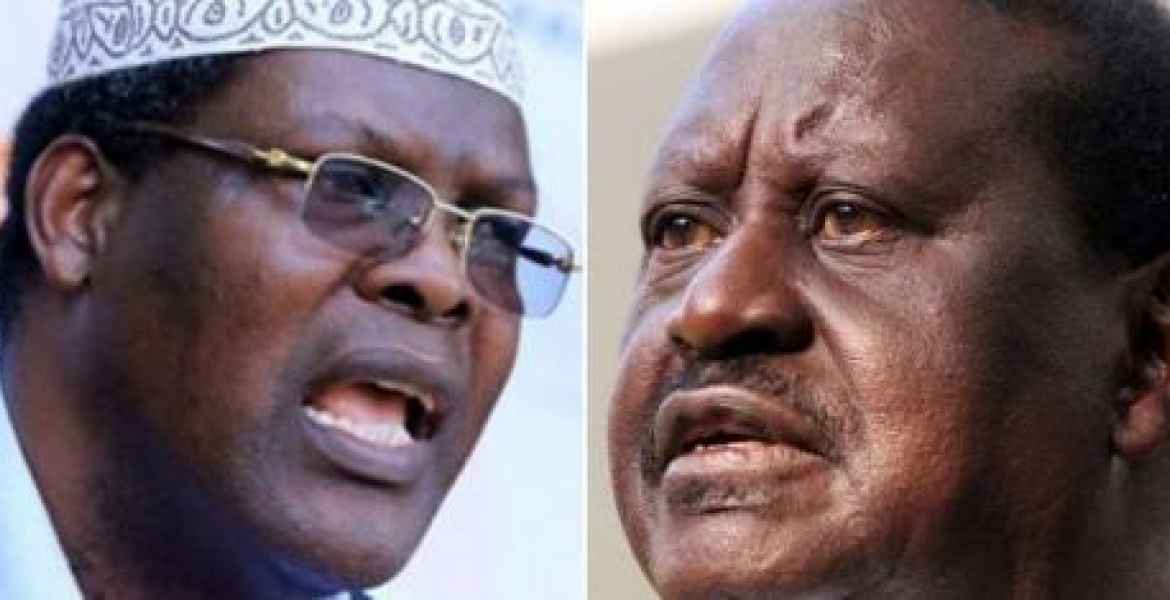 In an interview with NTV on Sunday, Raila divulged that the Odinga family is only worth Sh2 billion, which is mainly in the form of property and company shares.

“People say I’m very rich. I am not rich. I am just about Sh2 billion which we own collectively as the Odinga family,” Raila noted.

But Miguna, in a post on Twitter on Monday, claimed that Raila is worth more than Sh2 billion, including his KSh1.5 billion palatial home in Riat Hills in Kisumu. He added that Odinga has invested heavily in the hospitality industry, claiming that he owns three hotels in Kisumu, valued at over Sh10 billion.

On Sunday, Odinga said his Karen home is worth Sh300 million and dismissed claims that his family had taken advantage of its political influence to amass massive wealth.

“Our father Odinga died a poor man. There is nothing we inherited from him as his children. It must be remembered that throughout his life that he was in government for only two and a half years,” Raila said.

Miguna Miguna and Raila have fallen out since Miguna was deported to Canada in early 2018.

Stolen wealth doesn’t amount to honest wealth..Michael Jackson, Whitney., Kobe amongst others earned honest living and their loss will for ever be remembered. Does anyone remember Kenyatta, mobutu, Moi, Raila and other African leaders for anything else other than theft and taking advantages of common mwananchi?

His supporters live in poverty and die in poverty while he has been in the lap of luxury all his life. Wajinga nyinyi.

@mx2 - Recently you traveled all over the world foolishly wasting your money. You are the wrong character to account for Raila’s wealth if the way you spend your money is anything to go by.

There is nothing wrong for Raila to have whatever amount of money he is claiming to have as long as he honestly worked hard for his money.

Miguna, you would be last person standing for anyone to pick as a personal money manager.

You don’t know anything about money management matters! How can you manage Raila’s money when you can not count how many hats you have all together?

You can barely win a low profile case as a bar certified schooled lawyer!

So, it is not such a big deal as you want everyone to believe!

They will not allow Miguna in Kenya because he tells the truth. Miguna keep it up, you are the true son of the soil Kenya is missing. Expose them despots for who they are!! They may throw you out of Kenya but they sure can't stop you from talking.

Mr main I notice you ever negative about miguna what did he personally do to you ? You sound like a hater .

We can easily settle this dispute by doing an audit on all what Raila and his family claim to own.By the way, 2 billion is not something to sneer at...how many Kenyans have that?And ofcourse here Iam assuming that you are tellng the truth, which I highly doubt.I dont know much is not on the books...that you fail to mention.

miguna is that C.R.E teacher who teaches her class to abstain from sex when she's heavily pregnant, the messages from the speaker is only meant to its audience, so weather miguna himself is black n white, whatever he says about those top guys got a lot of sense init, shld they allow him back if we have to trst them, miguna ntakubuyia SMS za one week unishw na mengine mengi nisiyoyajua brooo,