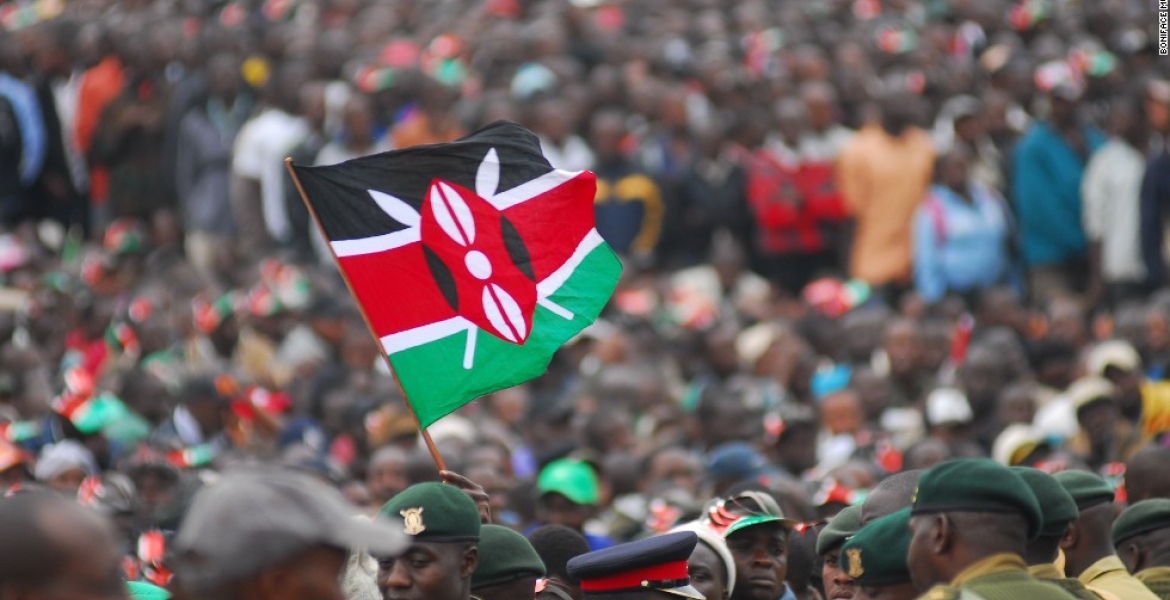 A new study has revealed the most common last names in all countries across the globe, including Kenya.

Mwangi was found to be the most common surname in Kenya, according to the research carried out by NetCredit and whose results were released early this week.

Mwangi is a common name among the Agikuyu, a community that largely occupies the Central Kenya region. The name is also used by some clans from the Ameru and Aembu communities.

The same study found Akelo to be the most common name in Uganda, Tanzanian (Juma), Burundi (Nkurunziza), Rwanda (Uwimana), Somalia (Ali), Ethiopia (Tesfaye), South Sudan (Deng). In Nigeria, Ibrahim is the most common name, Nkosi in South Africa, Mensah in Ghana and Mohamed in Egypt. 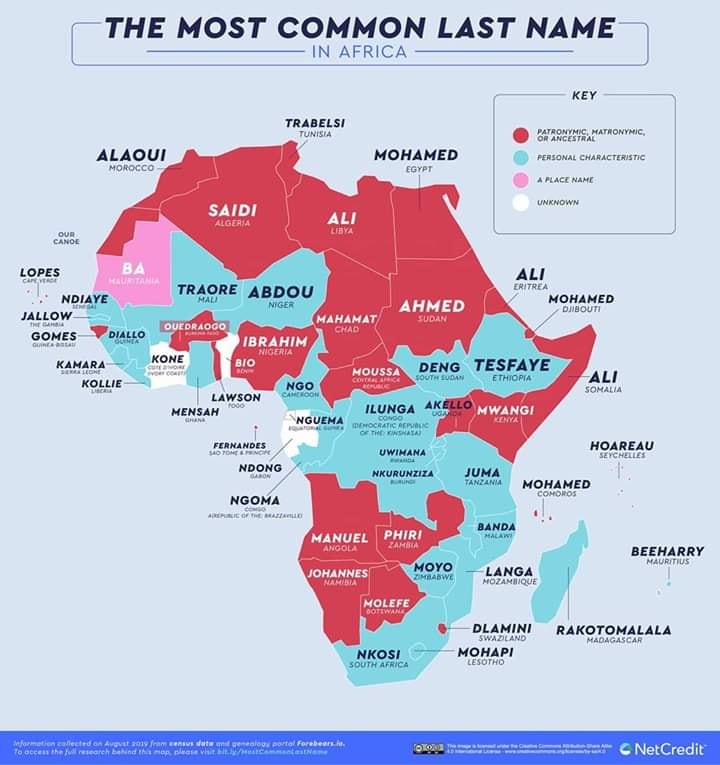 NetCredit says you can sort the etymologies of surnames into five general categories; occupational, personal descriptor, toponymic (a name that comes from a place), patronymic (from the name of a father or ancestor) and names that connote patronage. 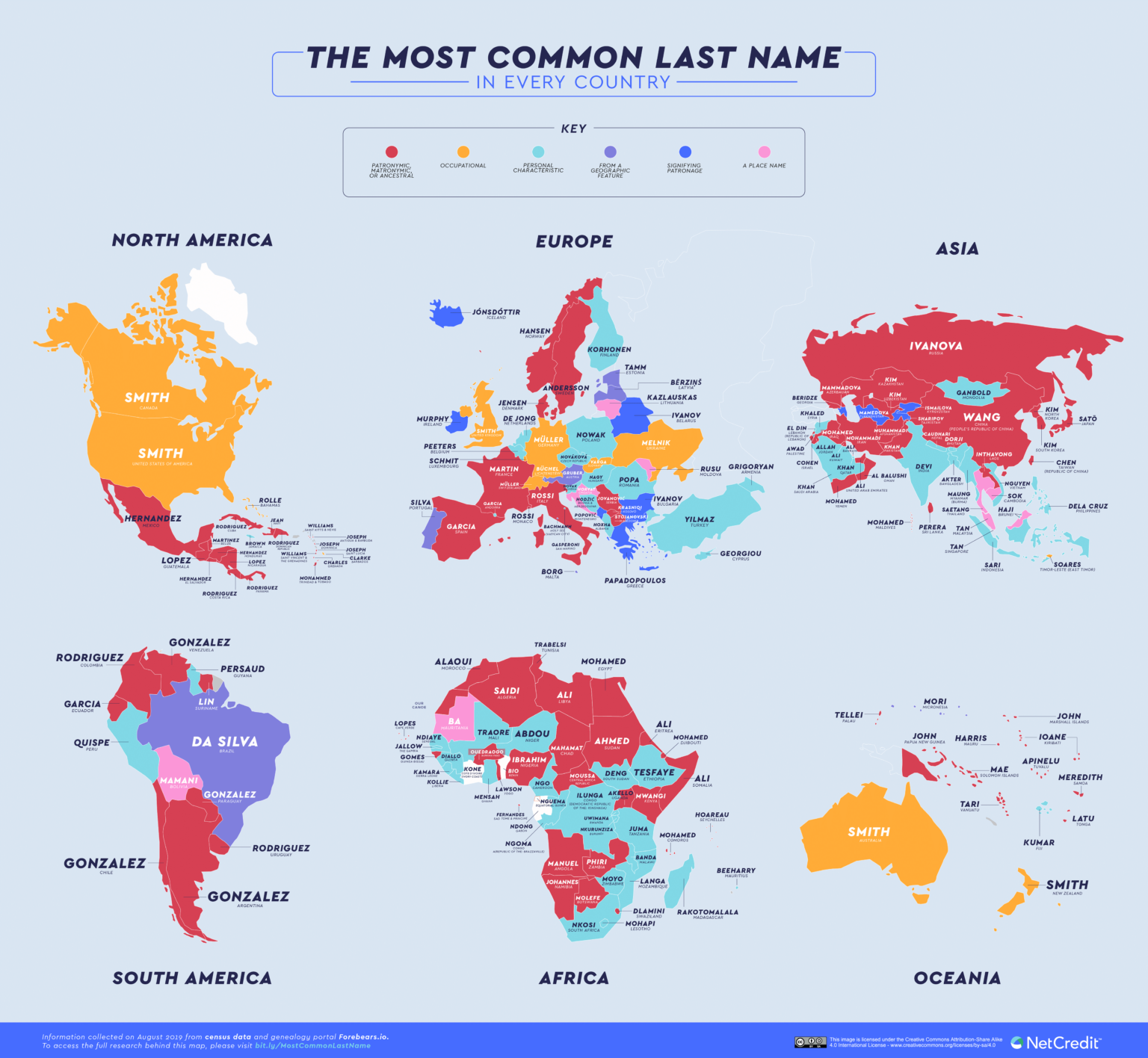 Beg to differ Smith cannot be the common denominator of Canada USA and Australia.Most probably the U.K.There are not that many English Americans in the USA most claim that ancestry after changing or modifying their last names .Of the 9 provinces in Canada did they only survey 2 Australia also has a lot of foreigners from other countries .Just say the survey just picked the most popular names that applied for credit because more popular names did not apply does not mean they do not exist

Kikuyus embracing Meru and Embu tribes has always been for the sole purpose of assimilating the two tribes and finishing the existence.

Meru and Embu tribes need to declare their tribal independence.Or they will be ethnic cleansed.

Just FYI:: Kikuyus are horrible human beings.What they have done and keep doing to other tribes is unforgivable.

They don’t respect other tribes.

These kikuyu people really mean a lot to you gurl. You don’t hate what does not matter.

Kikuyu are socialized to steal and kill.

They have to be called out.

There culture is full of satanic things.

But what's the most Common name in Kenya nationally? And I am talking about something National (rather than this Tribal thong in the name of Mwangi). It's Mediocre, Embarrassing, and makes a Fool of the Tribslist that squizzed Mwangi in here. So please: Keep Mwangi out of this and instead put an English (borrowed) name or Biblical one.

Your hate will consume you. BTW here is a proverb I learned years ago. It is written in Kiembu.
Mwana ti wa muciari umwe.
The thing is, anyone from the house of Mumbi does not need a translation to understand. The two languages share a majority of words in common. The difference is that people from embu have a musical way of speaking. There is no cleansing going on here. They are family. Indeed the only wholesale ethnic cleansing has been carried out by others on Mumbi's children in Rift Valley and Nyanza. The only true tribes are the rich and the poor. One controls the wealth and the other the votes. I have in a past life seen the first tribe up close and personal. They frequently go to school, party, mingle and intermarry. They use the second tribe in order to maintain their stranglehold on wealth and consequently, power, throwing them a few bones here and there but in the end nothing changes. They also have useful idiots who carry their water for them in the fallow periods between elections. Meanwhile, Kenyatta, Odinga and Moi continue feeding at and stealing from the public trough and protecting each other while trading power like playing cards. Wake up and smell the coffee.

FYI:
Mwangi is not a Meru or Embu name. Fake news.

@Guest, you are right. Mwangi is not a name. It is actually a 'Rika', or age-group, among the Gikuyu, Embu and Meru. Read 'Facing Mt. Kenya', to understand more about the Origin of the name.

Based on just the traditional naming system, there is no way a Embu or Meru parent can wake up and give there child a traditional kikuyu name that has no meaning in their language.

These are 3 very different tribes and Kikuyus should respect other tribes.

Embu and Meru don’t have a age group called a Mwangi.
I know for a fact.

So what should I call my brother, my uncle and my brother in law if that is not a name?

Someone spent $$$ to do study about surnames when the world has all these serious problems nkt! What is the value addition to Kenyans now that common surname is Mwangi ugh...

Kikuyus are Ethnic cleansers. It’s in their culture.

That’s why they have a problem with Luo’s not being circumcised .
They want to force their culture on everyone.There so primitive.

Kikuyus need to respect all the tribes in Kenya.

Let Meru’s be Meru and Embu’s be Embus.
Also, let Luo’s be Luo’s, there not Kikuyus why force circumcision ideology on them?

They did not spend any money. Someone at NetCredit just used a Computer Program, to analyze their Customers, and the Country that they live in. Then the Computer Program was asked to provide the names with most occurrence, by a County's name. It simply means that in Kenya, people with the name Mwangi are more than any other using their system. If within the people using NetCredit, two are Luos named Onyango, another two named Otieno, and three people named Mwangi, the program will pick Mwangi, as the most popular name, because of the seven, it has more occurrence. But obviously, Onyango and Otieno actually got more Credit than Mwangi.

Time is money in economics!

Pay me a million and still won't name my kid Mwangi ama mungiki!!
Where was the data for the statistics done, what criteria and sample size? MAYBE NYERI, EMBU AMA GATUNDU!
Global study; next time you post statistical data, kindly put some meat for the thinkers!!!!

It's Jonn Doe and Jane Doe.

Its not "scientific",till we know what the hypothesis is/was,and what scientific methods were used to collect,analyze,and interpret the data,Otherwise this is just acollection of frequent names from some observation,as SETTLED NORMAD has said.
Any scientific research that is worth its salt,will have to cost some money.
By thew away,thanks settled nomad,Iwas really writting to ask what MWANGI means,and you have answered it in one of your post.My 2 cents.