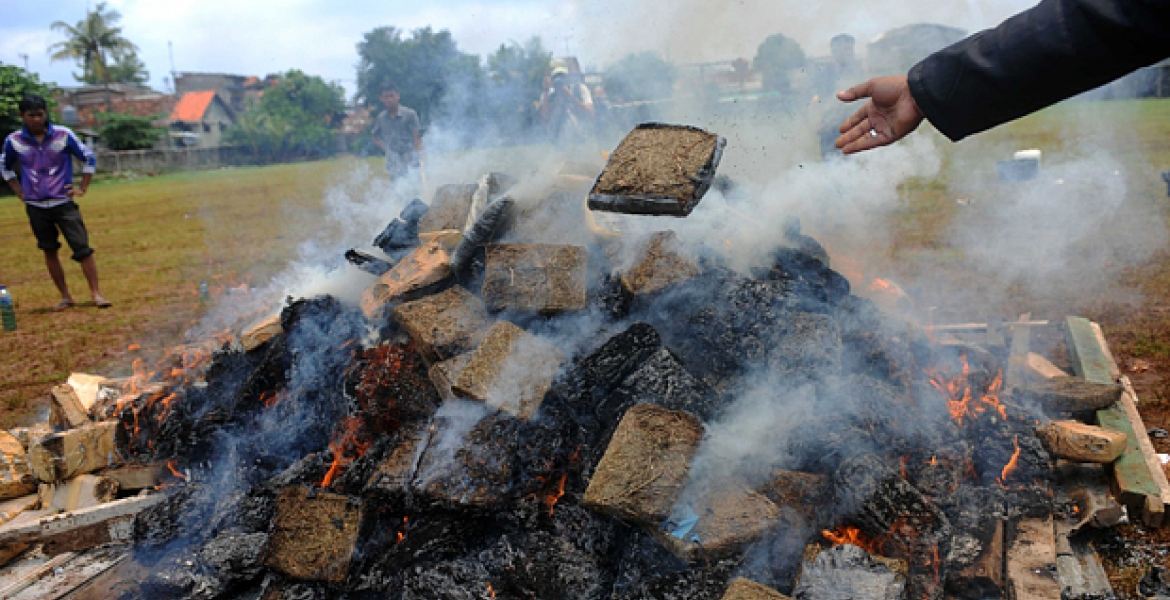 Kenyan authorities on Wednesday destroyed cocaine worth more than Sh500 million that was seized in Mombasa three years ago.

The drugs were burnt at the Directorate of Criminal Investigations (DCI) headquarters in Nairobi under the supervision of High Court judge Luka Kimaru.

The cocaine weighing 100 kilograms and estimated to be worth Sh598 million was confiscated in July 2016 at Kilindini Port while being smuggled into the country.

A Kenyan and a British national were arrested and arraigned but the Directorate of Public Prosecutions (DPP) withdrew the charges in March this year. On October 1st, the court granted DCI’s Anti-Narcotics Unit its request to destroy the drugs.

Speaking during the exercise, CS Matiang’i said his ministry was ready to collaborate with the Judiciary, DPP and other stakeholders in dealing with the drug menace.

Matiang’i also noted that they have intelligence on the drugs cartel and those who have been protecting them.

“If you enjoyed protection from government officials, that has to stop. I know that it is dangerous for us and that is why we will put enough resources,” he said.

Whaat? They should have shipped it to the US?