Suspect Spills the Beans on How Lawyer Willy Kimani was Abducted, Killed by Police Officers 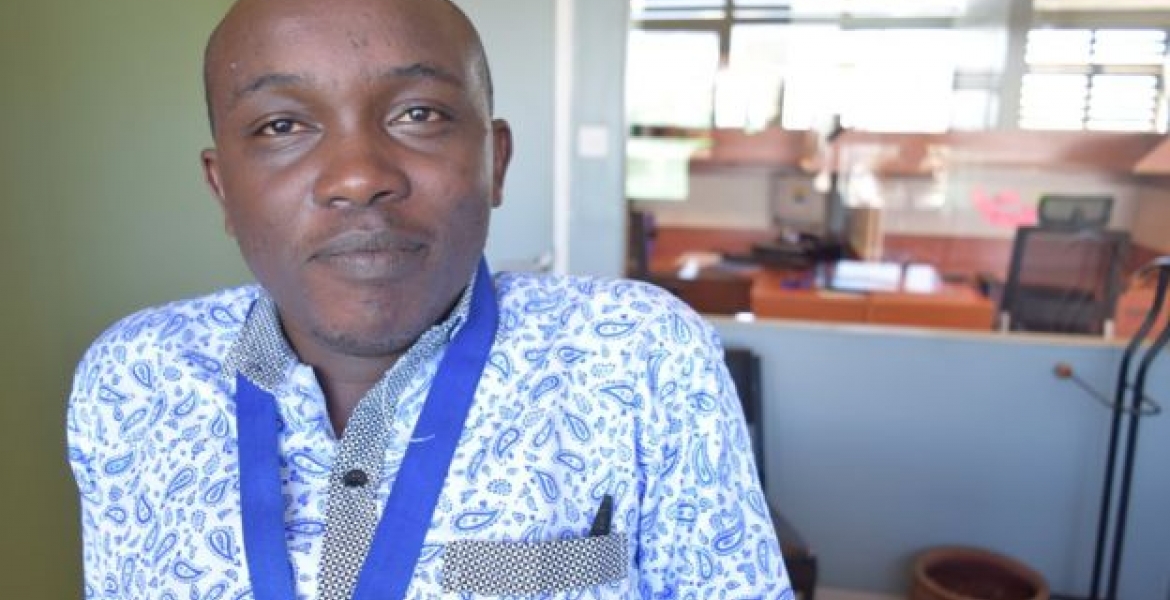 Peter Ngugi, one of the suspects in the murder of Kenyan lawyer Willy Kimani, his client Josephat Mwenda and taxi driver Joseph Muiruri has spilled the beans on how the three were mercilessly killed.

In his written statement Ngugi, a police informer, detailed how the killing of the three was schemed and executed by four police officers attached Mlolongo Administration Police post.

Ngugi said lawyer Willy Kimani, Mwendwa and Muiruri were suffocated with a polythene bag and strangled with a rope before their bodies were dumped in a river. This was done by police officer Fredrick Leliman.

In the 21-page confession read out in court on Monday by Chief Inspector Geoffrey Kinyua, Ngugi says he met Leliman in April 2016, through his friend, Mlolongo OCS Stephen Lelei.

Soon after, Ngugi says Leliman approached him for a mission that turned out to be the murder of Kimani, Mwenda and Muiruri.

“During my visit to the OCS I came to know officer Leliman. In 2016 while at Mlolongo Police Post Canteen, Leliman approached me and told me he needed some assistance from me,” says Ngugi.

“He (Leliman) told me that there was a case that was bothering him. He revealed to me that he had previously shot and injured a person, and that injured man was really pushing for his dismissal and was being assisted by the Independent Policing Oversight Authority (IPOA) in the case.”

Ngugi says he met with Leliman on June 22nd, 2016 who informed him that the said case against him was set to be heard on June 23rd and he had no option but to eliminate the complainant.

Leliman instructed Ngugi to follow the complainant after the court session and keep informing him about the man’s movement. He pocketed Sh2,000 for that job.

“On 22 June 2016 I met Leliman at Mlolongo Post canteen and he told me the plan was still to kill the wanted man. What he wanted me to do was to follow him after court attendance and inform him about the person’s movement. I asked him how I will identify him and he told me not to worry,” says Ngugi.

“On June 23, I left for Mlolongo and while on my way to the station I met Leliman driving. I got to the front seat and was introduced to a lady who would identify the wanted man to me. He dropped us at Mlolongo bus station and I was given Ksh.2,000 which I was told to share with the lady.”

The lady showed Ngugi the targeted man at Mavoko Law Courts on that day.

“She told me ‘kamutu yako ndio hiyo (There is your person),” says Ngugi.

“The case took like two hours and I remained outside all through until when the wanted man came out. When he came out he was accompanied by another man (lawyer). I called Leliman and he told me that the other man was also a thief and was together with the wanted man,” he added.

Ngugi says lawyer Kimani, his client and the taxi driver were then kidnapped while leaving the court and forced to get into Leliman’s car.

“Sergeant Leonard Maina Mwangi stopped the wanted man’s car and they stopped immediately. Mwangi told them that we are officers and that the three are under arrest. They were told to get out of the car and enter Sergeant Leliman’s car. They did not argue. They complied with the orders.

I took possession of the car and drove it off. Sergeant Leliman then overtook me and went straight to the AP post. As agreed earlier, my assignment was to dispose off their vehicle. The original plan was to drive to Meru and leave the car there.

However, I was told on the phone he had interviewed the driver who told him that his taxi was operating around Zimmerman, therefore, driving to that route would be risky and the car did not have enough fuel and that would be risky too.

So I decided to drive to Limuru because I knew the route. At around 3 pm, I abandoned the vehicle at Kwambira. Another thing that was disturbing my mind was that the three had left their phones in the car.

I switched off four of the five phones, but I was unable to switch off one of them. After parking the car at Kwambira, I threw away the phones. While still there, I called Leliman and told him I was on my way to Syokimau.

He told me that they were still at Mlolongo and that I should find them there. I arrived in Mlolongo at 5 pm and found sergeant Mwangi and Leliman and other officers at Connection bar. They told me that the victims are safe at Syokimau AP Post.

Leliman was called and told that one of the victims had managed to call the wife telling her that he had been locked in at Syokimau and has no idea where the car was. They were all shocked to hear that.

We went to the AP post where Mwangi handcuffed them from behind. They were all put in the boot of a car before we drove along Nairobi–Mombasa Road to a bush.

After a few minutes, Kamenjo (a police officer) joined us while still in the bush. We started to disagree on how to kill the victims. Myself and Mwangi were of the view that we had been exposed and the best thing was to release the three. However, Leliman and Kamenjo insisted that the three must be killed.

We discussed for more than three hours at around 9 pm, a police officer came and told us that members of the public were wondering why and what we were doing there. Kamenjo told them that we are police officers and we are on duty.

The first victim who was the main target was killed using a polythene bag and a rope. His body was stashed in a sack and put in a boot.

At around 11pm, the second victim was taken to a different corner and killed in the same style. After he died he was put in two sacks because he was tall and couldn’t fit in one sack. His body was then taken to the boot.

The third one was strangled to death using a rope and polythene bag.

While at the execution scene, my role was to hand the victims over to sergeant Mwangi who would take them to Leliman who would then kill them.

After all the three victims were killed we took off using the Nairobi–Mombasa Road and Kamenjo who claimed to have worked at Ol Donyo Sabuk was to lead us to where we would dispose off the body.

When we reached the scene, we threw the bodies into the river.

We drove back using the same route and at 4 am we reached Mlolongo and ate our supper. I was left in the bar where I slept on the seat since I  had taken a lot of alcohol.”

The bodies of the three were found in Athi River near Ol Donyo Sabuk police post in July 2016, a week after they went missing.

If proven guilty, they need the noose...
A life for a life.