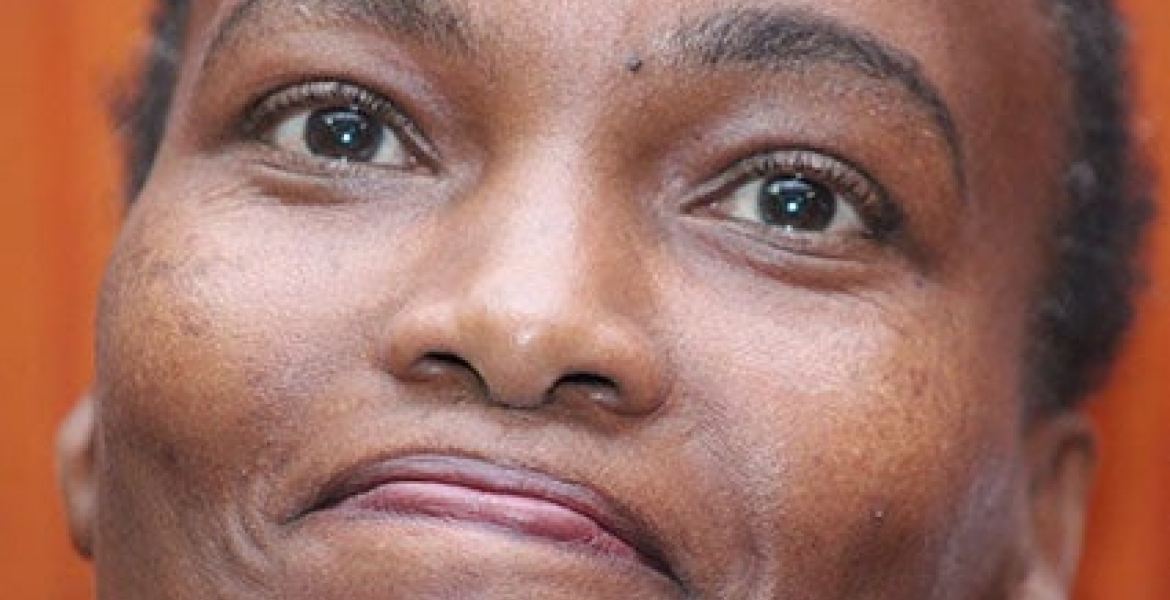 Sarah Wairimu, the widow of slain Dutch national Tob Cohen was on Thursday charged with the murder of her husband.

Appearing before High Court Justice Stella Mutuku, Wairimu, who is the prime suspect in the murder of Cohen, pleaded not guilty to the charge.

The charge sheet read that the accused, together with others not before the court, killed the 71-year-old tycoon on the night of July 19th and 20th in Nairobi.

Wairimu pleaded to the charge after Justice Mutuku allowed lawyer Philip Murgor to continue representing the accused, saying there is no conflict of interest.

The judge ruled that Murgor resigned as public prosecutor on March 7th, 2019 and cannot be forced to remain in office against his will.

The court directed that he undertakes a mental examination at Mathari Hospital on October 8th to ascertain whether he is fit to plead to murder charge. Karanja will take plea on October 11th.

His decomposing body was retrieved from an underground water tank at his home in Nairobi’s Kitisuru estate.  He was buried at the Jewish Cemetery in Nairobi on September 24th.

An eye for an eye and a tooth for a tooth. She deserves to be hanged. And for Karanja, fix him at Mathari and when he regains normality, hang him too.

The accused nor her lawyer have not claimed insanity; so why is she being send to Mathare Hosp for mental eval? Waste of time and resources.

I propose public lynching for the two, Wairimu and her broke ass conman boyfriend Karanja!!
The god of torture will deal with them squarely once they leave this world. Wairimu atangolewa meno kwanza one by one and finally the toes and for Karanja, magende one by one then the toes!
I hope they enjoy the torture!!

Kenya GDP $70.53B USD as of 2016.
Microsoft Annual Revenue $89.95B USD as of 2017
US 2016 GDP $18.57T USD ($18,570B USD)
Uhuru Kenyatta & Family net-worth $500M USD
Raila Odinga & Family net-worth $250M USD,
Bill Gates net-worth 89.7B USD
Average Kenyan salary: $76 USD per Month
Average US salary: $4,650 USD per Month
An average Kenyan needs to work for 5 years to make the equivalent of what an average American makes in a Month.
World largest slum dwellings:
Orangi Town in Karachi (Pakistan): 2,400,000
Dharavi in Mumbai (India): 1,000,000
Kibera in Nairobi (Kenya): 700,000
Khayelitsha in Cape Town (South Africa): 400,000
Neza (Mexico): 1,200,000
Are you not outraged?
At this rate, we will become slaves again.
Getting rid of these current leaders and putting in new ones has been tried from Zambia to Nigeria.
What should we do then?
The solution starts with you getting outraged and then you can start to figure out where we have done wrong and start taking action. No one will take action on your behalf. Blaming the West, the North or the East, the Luo or the Kikuyu is escapism and will not solve your problems. The solution starts with you giving up your tribe for the country, giving up your tribe for the continent. The solution starts by taking the initiative to understand good governance, economics, finance, education, human rights, freedom of speech. The solution starts by standing up to your tribalist friends and educating them that tribalism has made us poor and weak. It has benefited very few and improvished the rest of us. It has made our natural resources targets from the North, the West and the East. Donald Trump put it this way, "Africa is where my friends go to get rich". Translated in Swahili, "Vita vya panzi ni furaha ya kunguru".

Am not surprised always the spouse, lover, significant other, some family member or friend of some sort gon be the death of another smh! Rest in peace Sir Cohen!. Justice will be served. Only I doubt kama itakua effective uko Kenya where money TALKS and b.s. walks literally🙆