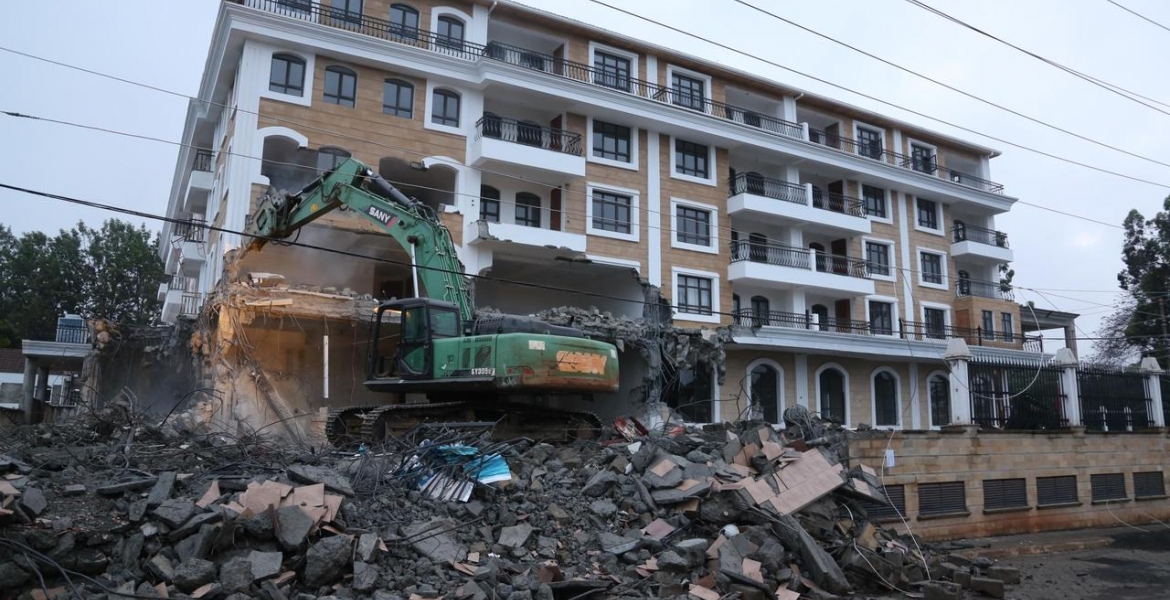 The court has suspended the ongoing demolition of Grand Manor Hotel near the United States Embassy in Gigiri, Nairobi.

This comes after the owner, businessman Praful Kumar moved to court to block further demolition of the multi-million-shilling building.

Through lawyers Paul Muite and Kithinji Marete, Kumar says he can still salvage the building although part of the premises was substantially damaged. The billionaire says only 20 percent of the building has been destroyed and the rest is intact.

Lawyer Muite says the upper part of the premises is intact and the building can be saved subject to expert assessment and advice.

City Hall claims the hotel was constructed without necessary approvals and poses a security threat to nearby United Nations offices and other foreign embassies.

In August last year, Kumar was arrested by Ethics and Anti-Corruption Commission (EACC) detectives in Kilifi County after he reportedly attempted to bribe Governor Sonko to dissuade him from demolishing the property.

The hotel stands opposite the US Embassy on one side, the UN head offices on the other side while the High Commission of Botswana is on the left and the Embassy of Morocco on the right.