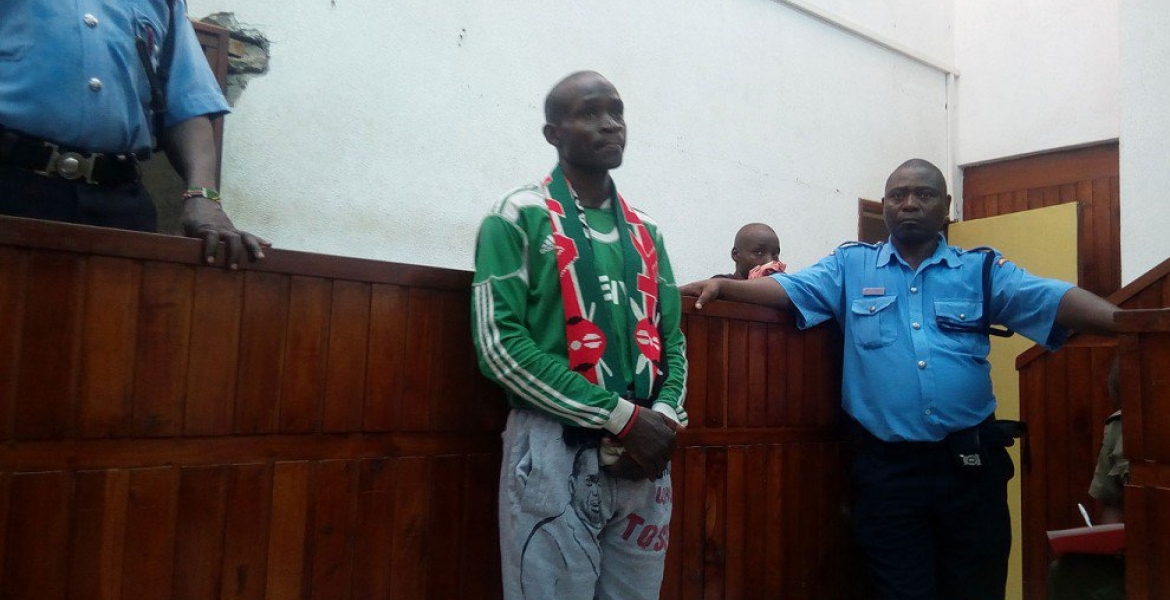 The court has freed a man who was arrested for reportedly blocking President Kenyatta's convoy in Mombasa.

Collins Ochieng Obado, 30, was arrested on Monday after he stood in the middle of the road leading to State House, Mombasa carrying a placard containing Kenyatta and opposition leader Raila Odinga's portrait.

Ochieng, who displayed a placard written “The Golden Handshake, Amani, Umoja, Upendo na Ushirikiano”, hoped to capture President Kenyatta's attention as he made his way to State House. However, the man was quickly arrested by security officers as President Uhuru's motorcade approached.

Appearing before Mombasa Senior Resident Magistrate Erick Mutunga, Ochieng was charged with the offense of creating a disturbance.

“The suspect was trying to obstruct the President without an invitation from State House security details. He was arrested and placed in cells waiting to be charged with the offense of creating a disturbance as per the law,” the prosecution submits.

However, the judge has directed the suspect be freed and hailed him for  being ‘patriotic and spreading peace.’ The magistrate questioned what offense the accused committed by displaying the placard.

“What offense did the suspect commit by simply displaying a placard? What is wrong with what he was doing?” judge Mutunga poses.

On his part, the accused told the court that he carried the placard to show his work to the President.

“I am still young, energetic and jobless so I don’t want to waste my time stealing from people or engaging any criminal activity. I wanted him (President Uhuru) to see the portrait so that from it he can help me to find a better job,” says Ochieng.

“I don’t want to be a beggar in the street because I am still energetic and vibrant. I need a job so that I can sustain myself, my family members and the entire society, that is why I displayed the placard to attract the attention of the President."

In his ruling, the judge says the suspect did not commit any crime and praised him for spreading a message of peace through the placard.

“The suspect was spreading a message of unity, the court, therefore, discharges him and order that he be released unconditionally."

This is one of the few "sober judges", who understands the law, wachana na hawa wengine walinunua certificate hence cann't even deliver a simple case, cases pile up over many yrs. Hongera jaji.

that is what a wise judge does...