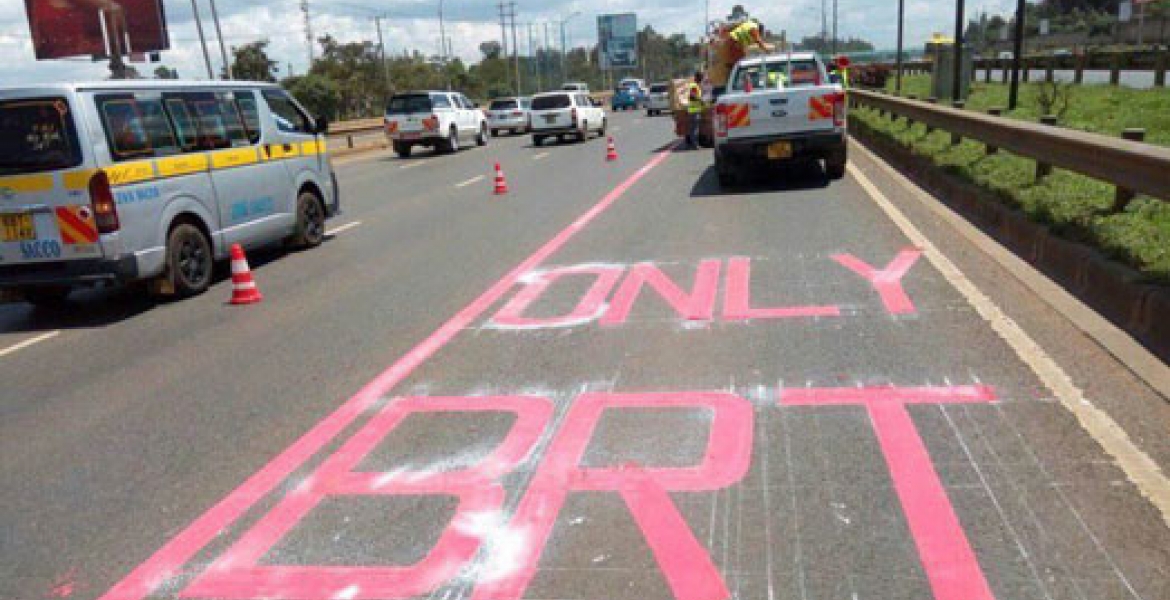 The first batch of high-capacity buses to be deployed for the planned bus rapid transit (BRT) system in Nairobi are set to arrive in the country this month, Transport and Infrastructure Cabinet Secretary James Macharia says.

Macharia says the 64 buses will arrive in the country from South Africa ahead of the rollout of five BRT corridors in Nairobi in a move aimed at reducing traffic congestion.

“We are in the process of acquiring the first batch of 64 BRT buses from South Africa. We are yet to establish the total amount of money we will spend on these buses but a BRT bus usually goes for Sh25 million,” says Macharia as quoted by the Daily Nation.

“The fourth line will run from Mama Lucy Hospital-Donholm to the CBD while final line also referred as ‘Nyati’ will start from Ridgeways on Kiambu road to Balozi and end up in Imara Daima," says Macharia.

CS Macharia notes that the five corridors are expected to hold about 950 high-capacity buses thus reducing travel time and cost by up to 70 percent.

Macharia explains that the government decided to import the high-capacity vehicles from South Africa after local automobile assemblers failed to meet the required specifications.

“We are only acquiring the first batch from South Africa because the buses that were available did not conform to the KS-372- bodybuilding standards, but the rest will be sourced locally,” says Macharia.

However, local manufacturers have refuted the claims by the government, stating that they have the capacity to make the BRT buses.

Are they getting mitumbas from South Africa?

,@mkenya halisi better yet we make them ourselves,and save the freight

Bwana CS what do you mean by "We are yet to establish the total amount of money we will spend on these buses but a BRT bus usually goes for Sh25 million,”? Ordinarily, you must have budgeted, you must have gotten quotes from multiple sources before you decided on the number and the sourcing. This generalist language often set the stage for corrupt practices. Without transparency, anywhere in the acquisition process, how about buying a bus for discounted 23.5M and ceiling the cost to "usually goes for 25 million
"?
Apart for the language, lets get this project working and not a repeat another Nyayo Bus project-once bitten twice shy.

@maxiley true but going with what is written is that the isuzu kenya havent yet complied with the standard needed.They quoted wataimport about 70 or so then the other over 800 isuzu kenya n other kenyans companies will have complied.Unless i missed what was written